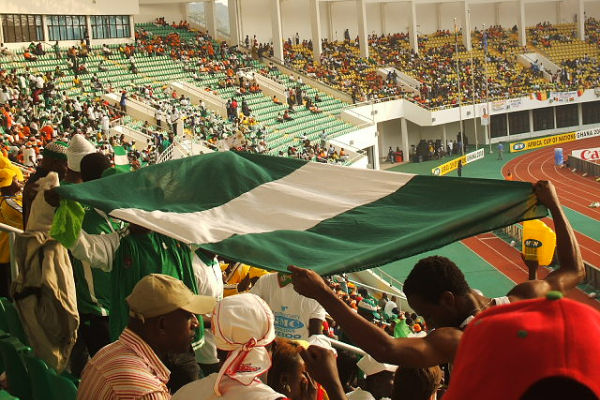 The 2010 World Cup could be Nigeria’s last international tournament for some time. Photo: nova3web

FIFA says it will suspend Nigeria and France from international play if the two countries’ governments don’t drop plans to meddle with their national teams.

FIFA has a zero-tolerance policy when it comes to government interference in soccer, and Nigeria and France are now finding themselves on the wrong side of it.

FIFA has set a Monday deadline for Nigerian President Goodluck Jonathan to reverse a decision to pull the Nigerian national team from competition for two years and replace the country’s federation with government-created interim board. If he refuses, FIFA says it will completely ban Nigeria from world soccer.

Banning a country for withdrawing its team may not seem like the most effective punishment, but the proposed ban would go beyond Nigeria’s national side. Club teams would also be banned from events like this year’s Club World Cup, and Nigerian referees would be barred from working at international games.

France is also in danger of being banned from international soccer, after President Nicolas Sarkozy said that he would personally lead an investigation into the reasons France’s early exit from this year’s cup.

The French national team had a series of discipline problems at this year’s tournament. Nicolas Anelka, a forward for the France, was kicked off the team after he insulted coach Raymond Domenech. In protest, the rest of the team sat out a practice session.

France was eliminated in group play after losing 2-1 to South Africa.

The French Football Federation has since apologized to the public, and its president, Jean-Pierre Escalettes, has resigned. Still, FIFA President Sepp Blatter says that the organization won’t tolerate a government investigation.

“If it cannot be solved by consultation, then the only thing we have is to suspend the federation,” Blatter said.

Are FIFA’s threatened bans too harsh? Let us know what you think in the comments.

Learn more about Nigeria in World Cup 2010: The African Teams.

What did you think of this article?
Meh
Good
Awesome
Bookmark
Posted In
Travel
Destinations
Nigeria

Do you know what Nollywood is? [VID]

Think you’ve been in a traffic jam before? [VID]

How to speak Nigerian Pidgin English

Reflections on recent violence in Nigeria

You can rent Claude Monet’s Normandy home on Airbnb