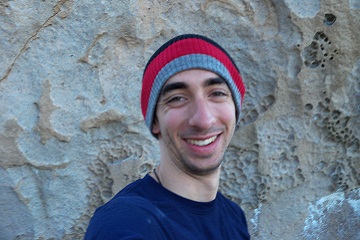 6 AM Myspace shot in Bishop

As 2010 draws to a close, we look back at the previous 12 months at Matador Sports.

I wrote Matador Sports 2009 end-of-year message at a small wooden desk in my bedroom in Villa Crespo, Buenos Aires. I had joined Matador as Sports’ first editor that June; in six months, I had gone from frantically cobbling together content by myself to working with a talented group of interns, associate editors, and contributors. Matador Sports had evolved from the network’s baby blog to a beautiful, inventive site that I still think is among the strongest sports mags online.

One year later, Matador Sports is still evolving. Besides your’s truly and Lindi Horton, mSports first-ever intern, we’ve had a couple of talented individuals join our team: Morgan Leahy deBoer, a San Diego-based travel writer and one of the most consistently good-natured people I’ve ever worked with, and Benita Hussain, a multitalented writer, surfer, yogi, and sometimes-lawyer from New York.

Meanwhile, we’ve put up some of our strongest writing yet. We sat in on a climbing film shoot and interviewed Gulf Coast surfers and anglers in the wake of the BP oil spill; we hopped into the boxing ring in Thailand and learned how to use yoga to climb, ski, and bike better.

In 2011, we’ll be digging even deeper and exploring new ways of moving and writing. As always, we hope you’ll come along for the ride, whether as a contributor or a reader of Matador Sports.