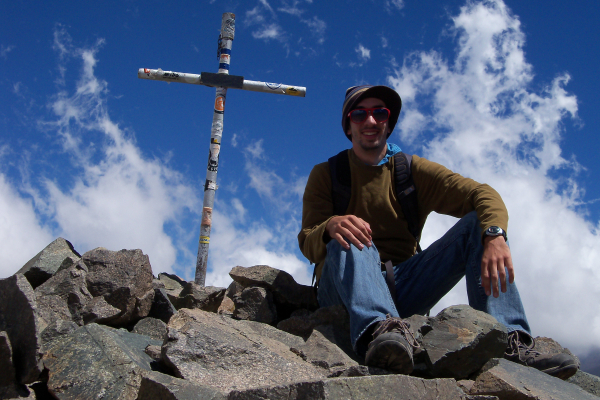 Yours truly, on top of Mendoza’s Cerro Lomas Blancas.

Out of the six months I’ve been at Matador, I think I must have spent at least three on top of mountains. From Catamarca to San Juan to Santa Cruz, I’ve spent so much of my time in Argentina at altitude that I’m starting to feel like a mountain goat.

Still, it was Matador Sports that made this year’s real first ascent. Seven months ago, Sports was Matador’s baby blog, a handful of posts backed up by a whole bunch of chutzpah from Matador’s editorial team.

Since then, it’s been straight up. Sports now has two dedicated interns, Lindi Horton and Amiee Maxwell, part-time help from Matador’s fantastically multitasking associate editors, Candice Walsh and JoAnna Haugen, and some of the best contributors that any editor could hope for. Together, we’ve covered groundbreaking expeditions, world records, and scandals. Best of all, we now have more readers than ever.

This isn’t the peak. In 2010, watch for new topics and ways of looking at them. At Matador, we know that sports is more than box scores: it’s exploration, inspiration, and constantly pushing the limits of what we can do.

June: 20 Athletes Pushing the Most Insane Limits on Water, Land, or Air

August: How to Deal With Altitude Sickness

September: American Football vs. Rugby: Which is Tougher?

October: Fight Like Water: Lessons From a Brazilian Jiu-Jitsu Master

2010’s Person of the Year: you. Submit your work to Matador!