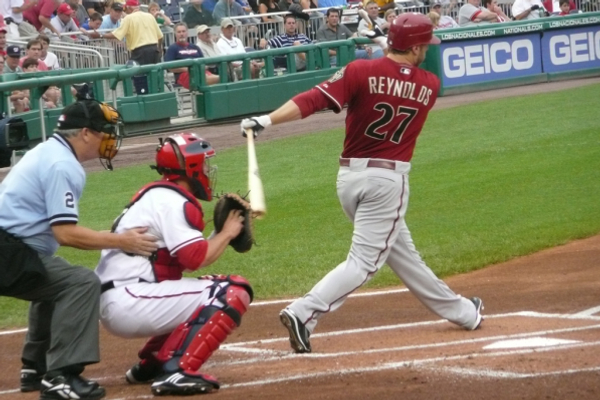 The forty or so people protesting in Chicago today are like most US immigrant rights activists in that they’re furious about a new Arizona law that requires police to stop and demand documentation from anyone they suspect of being an illegal immigrant.

WHAT SETS THESE protesters apart is the venue they’ve chosen to express that anger. Instead of marching in the streets, they’re picketing outside of Wrigley Field, where the Arizona Diamondbacks are playing the Chicago Cubs.

The protest is the second of its kind this week, following a similar one at Denver’s Coors Field, where the Diamondbacks played the Colorado Rockies on Wednesday. A blog post on the New York Daily News website suggested that New York activists would protest the team on July 30, when they come to Citi Field to play the Mets. 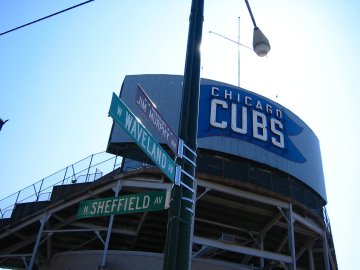 Ken Kendrick, the Diamondbacks’ managing general partner, is a major contributor to the Arizona Republican Party.

For the sake of full disclosure, I’ll admit that I’d like to see the Diamondbacks tank for reasons that have nothing to do with immigration: I was born minutes from Wrigleyville, and I’m a lifelong Cubs fan [Update: no dice, Cubs 5 – Diamondbacks 13. Better luck tomorrow]. Still, I don’t think the protesters’ strategy is too bad.

We Americans are capable of overlooking a lot, including massive political debates, budget shortfalls, and the occasional armed conflict, but one thing we can’t ignore is the national pastime. If you want to get a message across to “ordinary” Arizonans–not just the ones who listen to NPR–then there’s some sense in protesting one of their baseball team’s games and waiting for the images to pop up on TV. But that’s no guarantee that fans are going to like it.

It’s hard to say how this display will affect fans, but I’ll wager that most won’t even acknowledge it. Apart from a single counter-protester waving a pair of American flags and shouting that “protesting Arizona is protesting America” (debatable: see last presidential election for more details), it seems that most fans haven’t connected with the protesters at all.

One Cubs fan, Tom McGrath, told the Daily Herald that protesting outside a baseball game made the cause seem silly.

What do you think? Is protesting Diamondbacks games a good strategy for immigrant rights activists to take, or does it make their cause seem silly? Let us know in the comments.