My skis take me around the mountains, and I take my skis with me around the world. I’m competing in the Freeride World Tour, of which we’ve completd three of the year’s six tour stops. I have done well, winning the first event in Revelstoke, BC, taking sixth in Courmayeur, Italy, and winning again in Chamonix, France.

We are on a break for the time being, with about a month to recuperate and prepare for the final three stops, which kick off with Kirkwood, California, on February 27th, before returning to Europe for events in Fieberbrunn, Austria, and Verbier, Switzerland.

The competitions themselves are very difficult. We typically have a weeklong weather window at each stage, to allow us to run on the one day with the best possible conditions. So despite being at an incredible ski destination, being on standby and trying to stay ready to compete makes it difficult to fully enjoy the skiing and lifestyle of the places I find myself in.

That said, there are those special days when the schedule is open, the competition is done, and the snow is falling. This can create experiences so rich and memorable that a life lived out of a suitcase away from the comforts of home becomes easily justifiable. 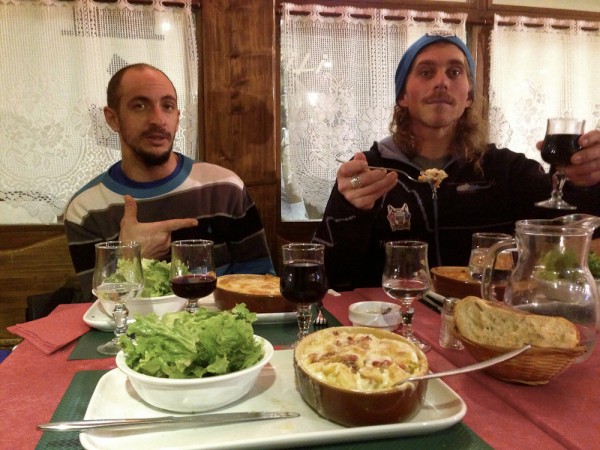 Savoyard lifestyle with Mathieu and OWA

Take, for example, our week in Courmayeur, Italy. We were lodging in La Palud, a small village a few km up the road from downtown Courmayeur and its ski lifts. But La Palud has its own lift: the ~2,500m tall Helbronner cable cars, which ascend the south side of the Mont Blanc massif. With a storm delaying the competition for at least two days, the Helbronner became our private powder skiing resort. If you’ve ever skied the trams in places like Snowbird or Jackson Hole, you know what a zoo of rabid, powder-seeking skiers they can be. Forty-five-minute lift lines and one or two chances to get an untracked run before the mountain is played out at 11am. But in Italy, the tram runs every 15 or 30 minutes depending on demand, and on a typical, sleepy weekday, might have from two to eight people in each tram load. There is no rush to find an untracked line, and after a few unhurried laps, a coffee at the base is called for. Which will cost you 1 euro. 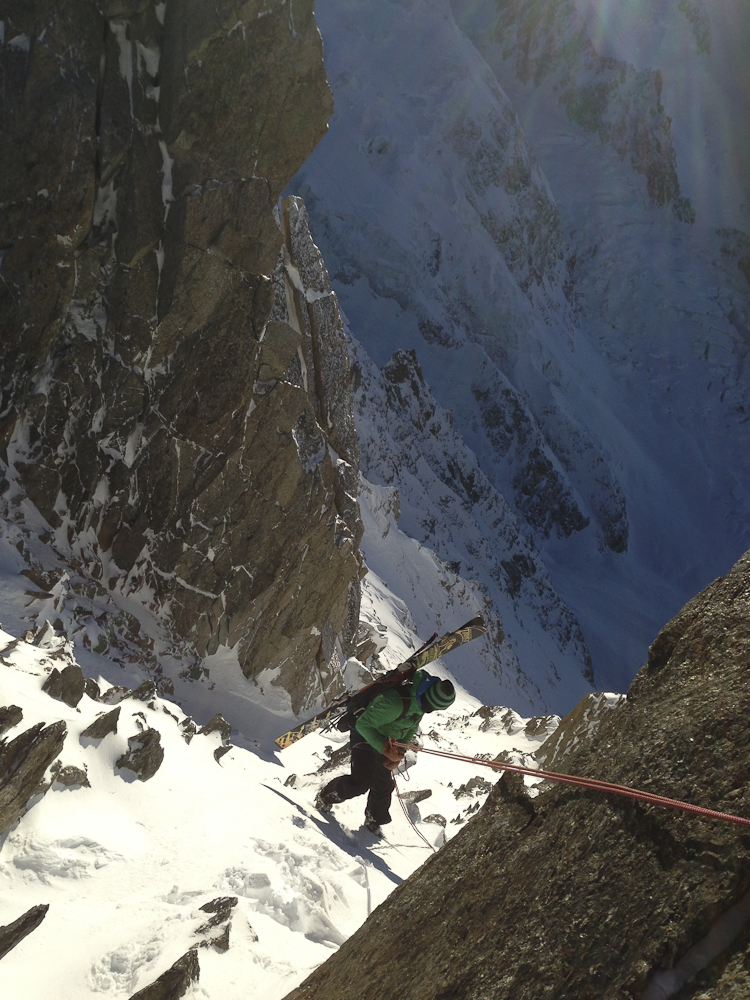 Lowering into the Couloir Cosmiques by rope off of the Aiguille du Midi, Chamonix

Chamonix, France, has been a buzzing hub of vacationers, climbers, and skiers for more than a century, so it’s no surprise when people’s paths cross. This year I was hoping to ski with my friend Mathieu, but he broke his femur in an avalanche the day before I arrived. So instead of skiing powder, my friend OWA and I made plans to meet at Mathieu’s friend’s restaurant for some local Savoyard food. It turns out Chris, the owner of the establishment, met OWA ten years ago in Whistler during his season abroad, and hadn’t seen him since. So we stayed long past closing hour, drinking carafes of red wine and smoking the night away.

The next day while on Facebook, I realized a friend of mine from Chile was in town. Inés had been skiing in Siberia during the previous month with an Austrian friend, and was currently in Cham. So we met up to ski and drink coffee for a day before she left town again. She’ll be in Nepal for a few months, but I’ll see her in Chile again next summer.

My lodging in Chamonix was taken care of during the week of the competition, but once it was up it was time to find a couch. I called my friend Davide, who I grew up with in Utah. He was completing his masters program in Lausanne, Switzerland, but had recently relocated to Chamonix. So I dragged my ski bags across town, reunited with my old friend, and went for an afternoon ski of the Couloir Cosmiques. The Cosmiques is one of the classic runs off the Aiguille du Midi cable car. We had a late start so we brought headlamps, and the sun set as we skied down the Boissons glacier under the north face of Mont Blanc. We descended by our torches through the forest, emerging in town and heading to Elevation, an après ski bar.

At Elevation I ran into Ane, a friend from Norway. I travelled with Ane for two seasons when she competed on the Freeride World Tour. She retired from competition to focus on her own skiing and film projects after twice winning the world title. We caught up on old times and made plans to ski together soon. It is a beautiful life. 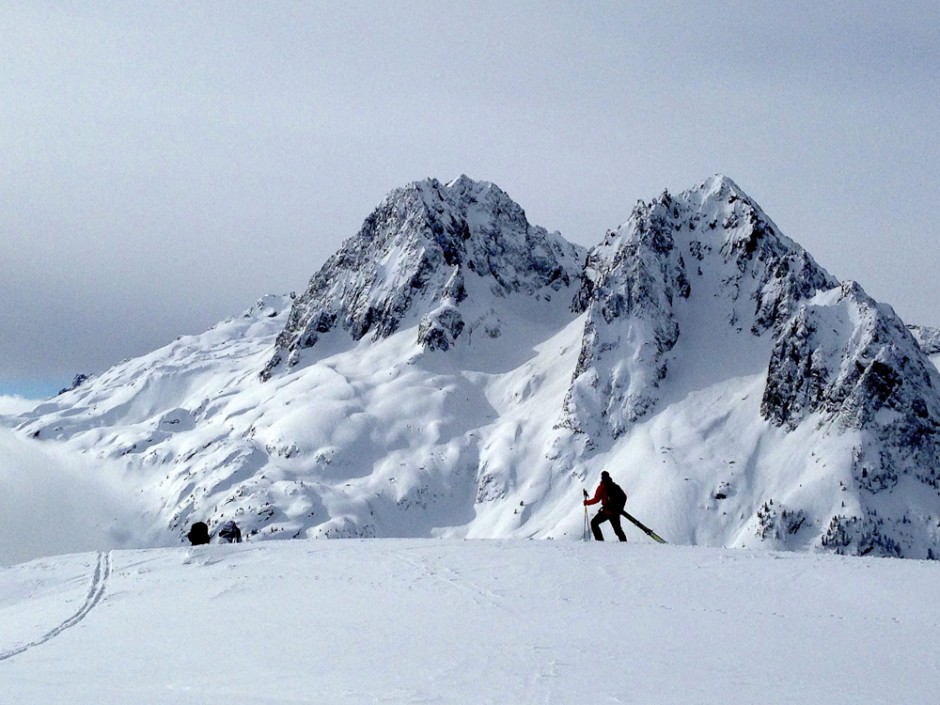 Skiing the Vallorcine area, one of the many domains which comprise Chamonix