With the Sochi Winter Olympic Games now in full swing, we’re all becoming familiar with the names of the competing athletes. Deservedly so, as every athlete there has worked incredibly hard and each has an incredible story. But in sport, as in life and travel, much more is learned from the journey than the final destination.

Someone much wiser than myself once told me that dreams don’t mean shit unless you chase them down. If the dreamer is unwavering in their pursuit through the trials and tribulations, the highs and lows, the rejection, the frustration and heartbreak, and refuses to give up when the world is stacked against them, the dreamer becomes worthy of their dream. Ask anyone who has chased his or her dreams down, and the common thread will always be perseverance.

Life rarely works out the way you think it will. Nick Hanscom knows this age-old truth better than most. I first met Nick in the summer of 1997 on a soccer field in his newly adopted hometown of Sun Valley, Idaho. From the very beginning, it was obvious this skinny kid from Seattle had the kind of rare athletic talent that makes everyone around them appear to be in slow motion — the only problem was he knew it and was as cocky as he was talented. Like so many teenage boys, Nick had always dreamed of becoming a professional athlete, and from the way he mastered any sport he tried, it seemed like a foregone conclusion — especially to him. Sun Valley is a skier’s town, renowned for putting its native sons and daughters on the US Ski Team, so it was a natural progression for him to compete and excel on snow. His rise through the junior ranks was nothing short of meteoric.

In a just a few years, I had become one of the best junior freestyle skiers in not only the country but the world. By the time I finished the 2002-03 season, I had already forgone a year of college and was thinking that at my current pace I would never have to go because I would make it so big in skiing…” 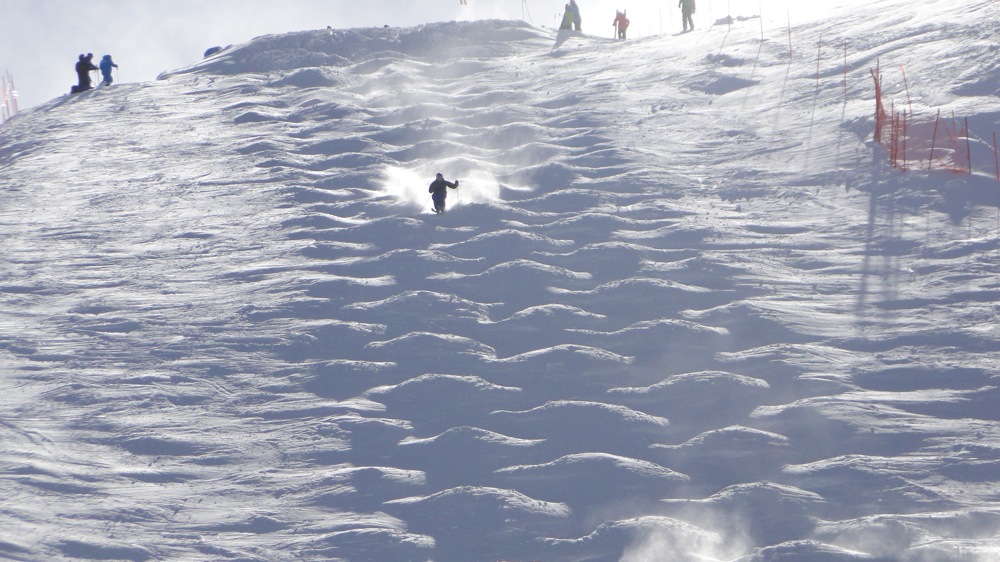 Partying his way through the off-season while flunking out of school at USD, he showed up to the US team selections in Park City out of shape and unmotivated, yet still managed a respectable showing due mainly to his incredible talent, a talent he was convinced was enough to take him to the top. The world had other ideas.

While skiing at home over Christmas, Nick’s ski tip hooked a rock and sent him cartwheeling towards the trees at over 60 miles an hour. Miraculously he didn’t end up paralyzed, but he did do significant damage to his shoulder, neck, and back. For the first time in his life, the impenetrable confidence that had so defined him was shattered. At the time, he shrugged it off and killed the nagging doubts with booze.

“I was off my feet for about a month and was probably sober for 5 minutes of that time. I finally got out of the sling and went to compete at a big Nor-Am event after doing nothing but drinking. I thought I could wing it off of my natural ability, and I was quickly humbled. That Nor-Am tour, all of my shenanigans caught up to me. I was skiing like shit, I couldn’t finish a run, and by the time the season ended I had no confidence left in myself.”

Nick, who had coasted for so long on his incredible talent and confidence, began a downward spiral into depression and self-medication that is the graveyard for so many big dreams. As Nick slipped deeper into the rabbit hole of alcohol and depression, he watched those closest to him succeed. 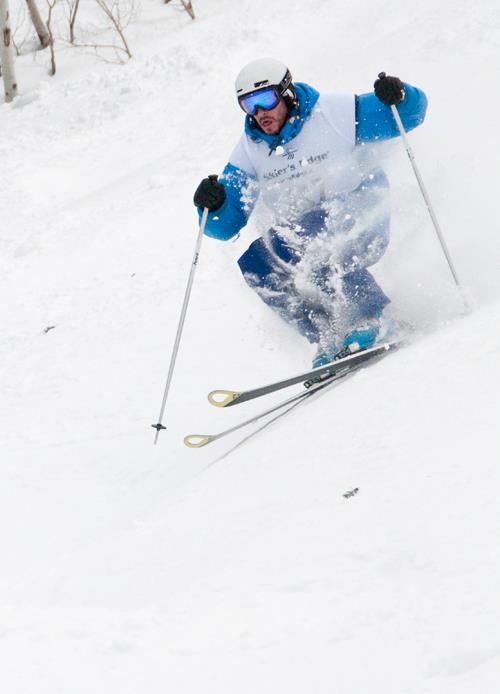 “All of my friends surpassed me and made the US Ski team and went on to be top 10 world ranked skiers and Olympians. I was happy for them, but it also made me feel worse about myself. No matter what I did, I couldn’t make anything work in life or in skiing. Skiing had become my entire life, I didn’t have anything else, so when skiing tanked my life tanked. I was a failure in school and now I was a failure at skiing. My ski friends were now on the US Team and my other friends were almost done with college and looking at going to law school and med school…starting their lives.

My family, who are all extremely educated, looked at me disdainfully, as I had barely any school done, and I wasn’t on the US Team, so they were like what the fuck are you doing?? And I was beginning to wonder the same thing. I would show up to training still drunk from the night before, go puke in the woods real quick and then rip a mogul run. I remember feeling like such a failure that I no longer had respect for myself and I doubt others had respect for me. I dealt with all of these negative feelings by partying a lot and burying them under gallons of booze.”

The years drifted by, and Nick’s name became synonymous with squandered talent. Just another golden child who thought it would all come so easy, and when it didn’t he dove into the numbing comfort of booze and a façade of not giving a shit. It’s a common enough story and one that rarely ends well. At the best it’s a life of regret, of should’ve / would’ve / could’ve and endless glory-days yarns spun from a bar stool. At worst it ends in tragedy, evidenced by the recent suicide of US Ski Team Aerialist and Olympian Jared ‘Speedy’ Peterson. Vowing that this would not be his fate, Nick went back to school and the gym to begin the hard work of resurrecting his talent with effort.

“The positivity coming from doing well in school and being in the gym again translated into my skiing. I began to feel confident about myself again, and at the 2007-08 US Ski Team Selections I won on one of the days. I was the only person to ever go from qualifying in 16th to winning. Unfortunately, on the other day I was in 3rd place after qualifying, and in finals I hooked an edge and missed the podium. It was a grand prix event which combines the results from the two days of competition. If had made the podium on that other day I would’ve made the US Ski Team…

I stayed positive, and the momentum carried into a great season for me. I was ranked 6th in the country, and at the 2008 US Nationals in Deer Valley I just needed to put down my run a couple of times to have a strong chance of either winning National Championships or staying in the top 7 on the points list, which would solidify a spot on the US Team for the next season. After so much doubt and struggle — all of the shit I had gone through over the past few years — the US Team was finally in my grasp once again. My dream was only a couple hours away.”

Very little in life tastes better than redemption, for very rarely are we given second chances in life — but sister fate had other plans for Nick. On the morning of what was to be his hard-won day of redemption, Nick blew his knee out on the first training run.

“My ski just stuck in the mogul funny and I hyper-extended and twisted my left knee so hard I did my acl, mcl, meniscus, and a huge tib-fib and femur bone bruise. I was so devastated I still have a hard time talking about it…I had finally climbed back up to the top of the mountain, and when I was one step away, I fell off.”

When it rains it pours, and after battling through the mental barriers of depression, Nick was dealt the crippling blow of a string of horrific injuries.

I was so devastated. To be so close and then forced into retirement…I totally freaked and went on a giant bender. I was depressed and miserable. I would wake up to a beautiful sunny day and would feel so bogged down and unhappy it took everything I had just to get out of bed. I drank constantly the entire time I was there. I couldn’t stop thinking about how everyone was right. I had wasted all of my potential and couldn’t stop criticizing myself as a “fuck-up” and a “waste of talent.” I couldn’t forgive myself.” 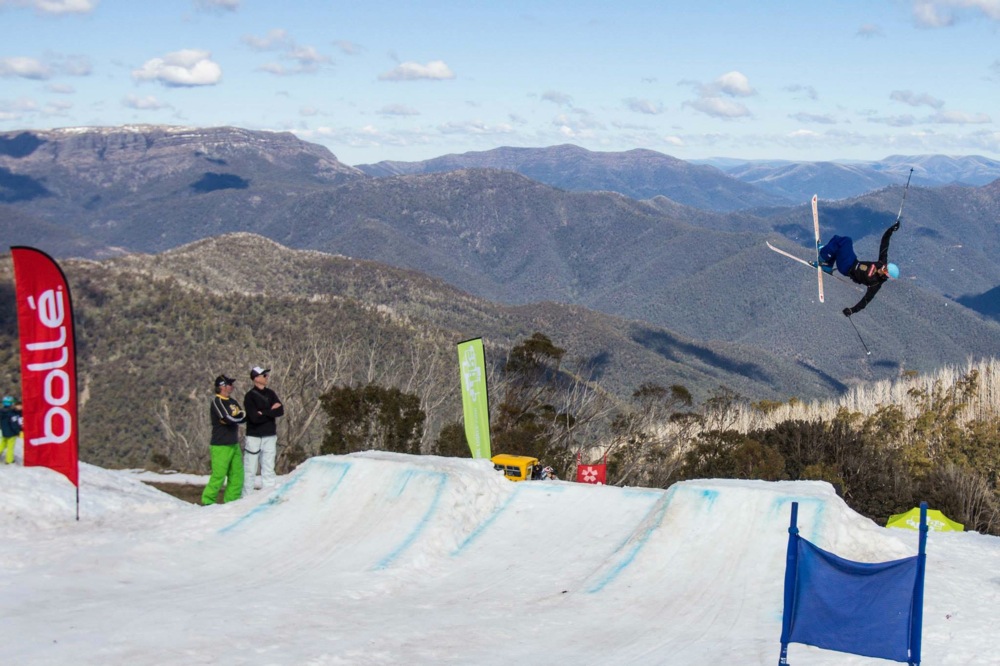 Depression is a powerful force, and breaking out of a downward spiral can feel nearly impossible. As he slid deeper down the rabbit hole, he reasoned that the only real way out was to give up on skiing once and for all, go back to school, get a job, and get his shit together. Slowly but surely, the focus and energy he was putting into school and work dragged him away from the booze and out of the rut of depression. The positivity he was creating in life also drew him back into the mountains.

“While in school I couldn’t shake the feeling that despite my injuries I had a lot of gas left in the tank and a lot left to prove. In the winter of 2013, while in school and working full time, I began to train again at nights at the Utah Olympic Park and began competing in regional events on the weekends to build my points back up again. I skied the 2013 National Championships in Heavenly and got 13th in Duals, which wasn’t bad considering I had 60-plus hour weeks going with school and work.

But it was school and work that really helped me get my shit together. I graduated with a 3.72 in Economics from University of Utah in August of 2013 and took off to Australia, Zermatt, and then Apex BC for training which brought me to US Selections at Winter Park a few weeks ago, where I placed 3rd overall and missed that World Cup start by one spot in a ridiculously competitive international field of 75.” 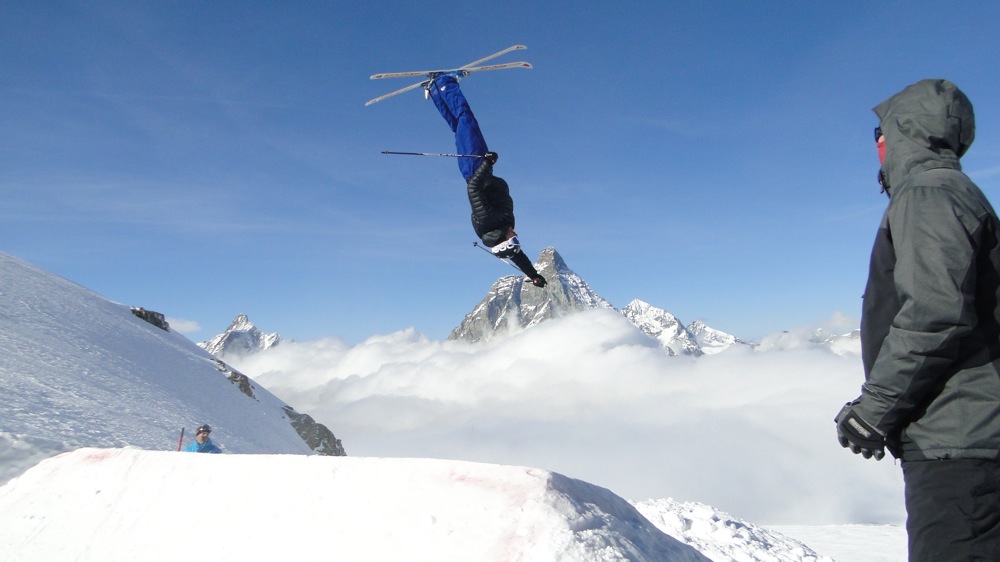 With the third-place finish, Nick came up one spot shy of getting the World Cup start, a spot on the US team, and a shot at skiing in the Sochi Olympics, and while coming so close after going through so much does sting, Nick has become a battle-tested believer in the often-quoted idea that the journey is the destination, and will keep fighting.

“The comeback is not only about beating the odds and doing it when no one else but me thinks it can be done. Since I was 20 my career has been littered with “almosts” and chronic underachievement. Being a cocky kid coasting by on natural talent and low focus and work ethic caught up with me and burned me hard. I took my lickings and picked myself back up and have never had my head on more straight and my shit more together.

This time around it will be different. I’m not going on a bender because I missed my chance — I’m training even harder so I don’t miss the opportunity next time it comes. I can’t rest until my goal of skiing for the US Team and in a World Cup is accomplished. I set out to do this 16 years ago, and I don’t want to let myself down again. I’ve turned my life around the last several years, and this time around I’m doing it right.”

Tagged
Winter Sports Ambassadors
What did you think of this story?
Meh
Good
Awesome
✖
travelstoke
Download the mobile app
stoked by