AS A CHILD, I REMEMBER QUICKSAND being a legitimate concern. I’m not sure where in my youth this slipped into my subconscious, but it seemed at any turn in life I could suddenly encounter this freak of nature. Twenty-some years later, hiking 60-degree spines in Alaska’s Chugach Range, I think I’m finally realizing my childhood fear in the form of snow.

The slope is so steep, the snow so loose, that every time I try to lift up one foot, the other sinks six inches. After a few lunges, I’m waist deep — several feet below where I started. Although I can see the top of our lines, I don’t think I’m ever going to get there. 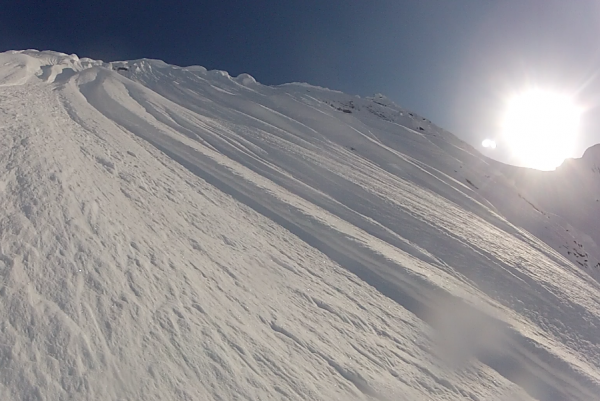 "I can see the top of our lines but I don't think I'm ever going to get there..."

Yes, my childhood concerns were justified, I think to myself. I struggle a bit more before finally retreating a couple steps, choosing a different route, and slogging up to the saddle.

While Alaska’s mountains are well known for heli-skiing, there’s another way to access the terrain that dreams are made of: your own two feet. Yes, it’s harder, and in some ways more dangerous, but it’s also a lot more affordable.

Furthermore, I’d argue it’s a far more intimate experience with the mountains. You’re not just stopping in for a quickie. Hiking, you’re wining and dining the slope, putting in the time, doing the legwork, and ultimately getting much more satisfaction. Sure, the end result in both heli-ing and hiking are the same, but the latter leaves a longer-lasting impression.

On top of this unnamed peak, I stare down our zigzag boot pack. Left-foot, right-foot, ice axe — the tracks tell the abridged version of a several-hour struggle. Memory, as kind as it is, quickly erases the pain of the hike up and now all I’m left with is the view from the top and the excitement of what’s next: a couple thousand feet of spines and flutes, the skier’s equivalent of Chateaubriand. 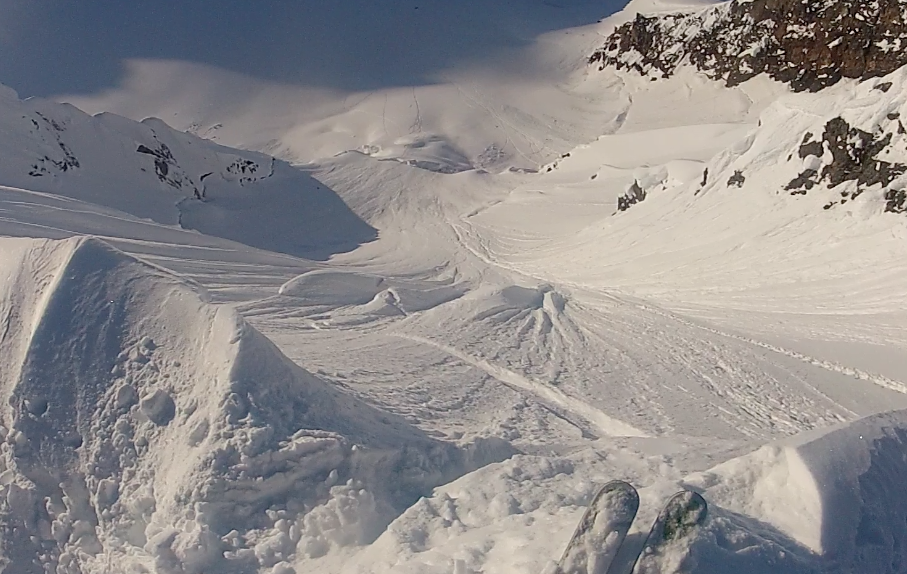 The view from the top quickly erases the pain of the hike up and now all I’m left with is the excitement of what’s next: a couple thousand feet of spines and flutes, the skier’s equivalent of Chateaubriand.

Like with any good meal, there’s part of me that doesn’t want to eat it, just savor the moment of anticipation. But it’s late in the day and the light is moving across the face — there’s no time for sentiment. The proverbial steak is going to get cold.

Dropping in, the snow is light and the mountain steep, perhaps one of the steepest things I’ve ever skied. I can’t help but catch air between each turn, momentarily free falling only to land, turn, and bound again. Then there’s the sluff — small, loose snow avalanches that can turn a life-changing run into a life-threatening run if the waterfalls of snow are not managed appropriately.

The sluff pours all around me and I try to beat the gravity-fueled hazard to the bottom, or at least stay out of its way. 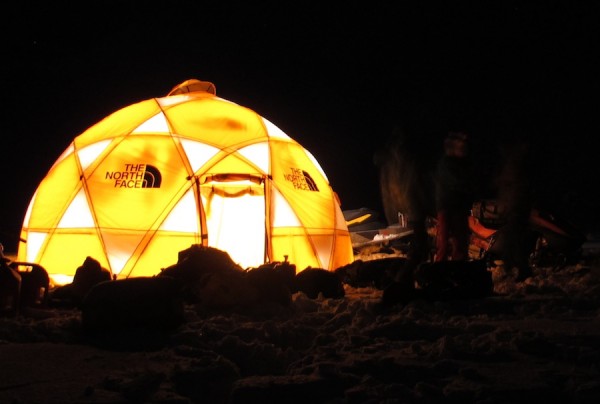 Base camp at night after a day of spine slaying.

Moments later it’s all over. I’m safely at the bottom and the last of the sluff is finding its resting place in the glacial basin.

The hike up took several hours; the ski down took perhaps a minute. However, that minute was pure ecstasy, self-realized ecstasy. There was no throwing hundreds into the rotor blades, no pro-skier privilege.

These mountains are out there, waiting for anybody with the motivation, and perhaps a few weeks off work. Skiing in Alaska doesn’t always mean dropping big coin on the whop whop whop of rotor blades.

Truthfully, all that stands between a skier and the lines of his or her life are a boot pack, sweat, and, perhaps, some quicksand.

Valdez, Alaska Is the Coolest Little Town You've Never Heard of. Here's Why

Winter Is a Whole Different Animal in Alaska. These Facts About Valdez Are Proof.