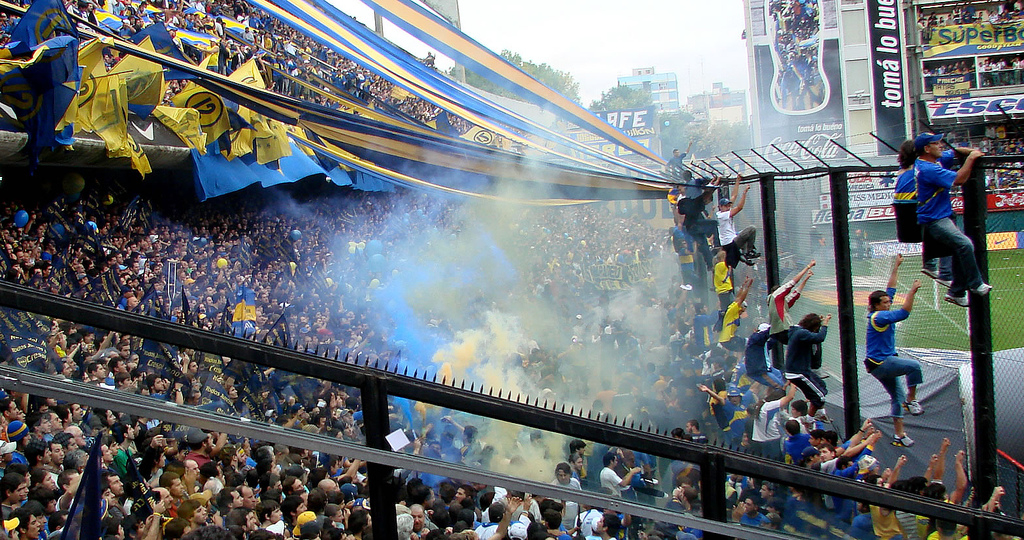 There will always be noise in a soccer stadium, but some stadiums shake the entire neighborhood.

SOCCER (FOOTBALL) FANS are known for being some of the most boisterous sports fans around. Some of them chant, some wave flags, others paint themselves up and dance around. The one common denominator is that they can all make some serious noise.

The following list of stadiums is where fans are the loudest. This is by no means a definitive list, but just the ones that stand out the most throughout the world.

Boca Juniors is the most famous, as well as the rowdiest football club in Argentina. When matches are played in the Bombonera you can literally feel the vibrations throughout La Boca, and hear the roars across other barrios, all the way to San Telmo.

Boca Juniors is the home team of legendary footballer (and current coach of the Argentine National Team) Diego Maradona. It’s located in the barrio of La Boca (traditionally a poorer, more working-class neighborhood than elsewhere in Buenos Aires), and on game days, the streets are filled with crazy, sometimes violent fans and riot police. 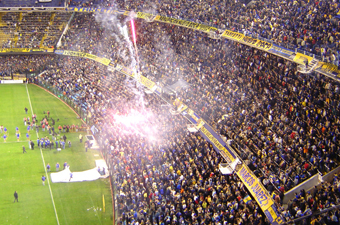 Its current capacity is 49,000, although the fans make it seem like there are lot more. When ultimate rival River Plate comes to visit for the Superclásico, it’s one of the loudest, rowdiest gatherings of people anywhere on the planet.

This stadium is home to Fenerbahçe S.K., one of the most popular and successful teams in the Turkcell Süper Lig. It can hold up to 53,586 spectators and happens to be a UEFA Elite venue. The atmosphere really gets going when the club competes in the UEFA Champions League.

Flamengo, one of the bigger clubs in Brazil, sets up shop here. While fans are always excited to see their team play, it never gets as intense as when Vasco da Gama visits. Shootings between fans have happened in the past, and not even the police are safe from the insanity that can arise when the bullets start flying. 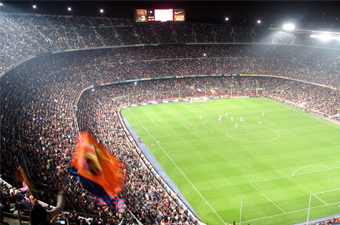 Current UEFA Champions League holders FC Barcelona host games at Camp Nou. FC Barcelona is one of the most popular clubs in Spain, as well as the world.

The stadium is the biggest in Europe at the moment, which allows 98,772 soccer-crazed fans to enjoy the best team in the world. The fans are so passionate that their motto is “Més que un club” or, “More than a club.”

It also happens to be another UEFA Elite stadium to make this list.

Urawa Red Diamonds may not be all that well known in most of the world, but they are undoubtedly the most popular team in Japan and throughout Asia. So it’s a good thing that Saitama Stadium is their home, as it can seat 63,700 of their fans. Look out for those massive flags! 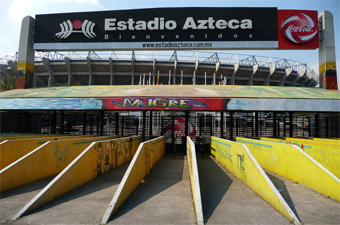 This stadium has been home turf for a lot of teams, but is currently being occupied by Club América, which is only one of two clubs–the other being its rival, Chivas–to have remained in the top flight of Mexican soccer since the league began. It has a capacity of 105,000 people, making it the fourth largest in the entire world. It also has the honor of having hosted not one, but two FIFA World Cup final matches.

There will undoubtedly be a lot of those puzzled by this choice. Although anyone who has watched current inhabitants Al-Karamah play an AFC Champions League match here knows just how wild things can get. The stadium allows 38,000 of this historical club’s followers watch them play. 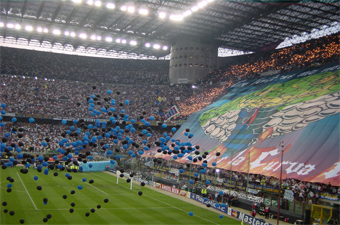 This is the stomping ground of two of the most popular and successful clubs in the entire world, AC Milan and Inter Milan. Average attendance is a staggering 56,579 while the stadium can hold 80,074 fans, which leads to quite a lot of noise. As expected, it really kicks off whenever AC Milan and Inter Milan get together every year for their local derby, which is known as “Derby della Madonnina” or, the Milan Derby.

While the English Premier League often overshadows the Scottish Premier League, it doesn’t mean that EPL fans make more noise. Glasgow Rangers fans can get quite raucous when watching their favorite team play, especially when they fill it to the max at 51,082. 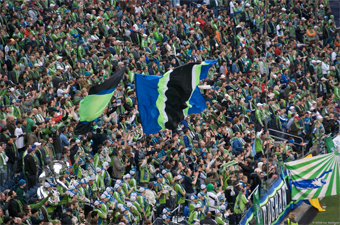 Most will discount this pick simply because it’s located in the United States. That would be a big mistake. Seattle Sounders FC, which calls Qwest Field home, has developed a large following despite being in its first season. The fact that they have a band in the middle of all of the fans just adds to the mayhem.