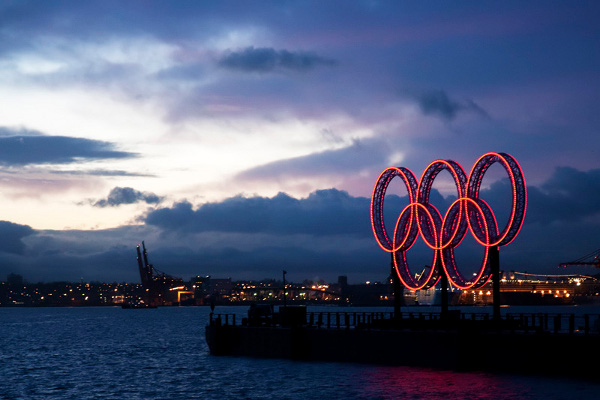 It’s been one week since the opening ceremonies of the Vancouver 2010 Winter Olympics. In case you’ve had to slip away from your TV to attend to more important matters (like showering), here are some headlines you might have missed.

-The games started on a sad note with the death of Nodar Kumaritashvili, a Georgian luger who died during a practice run after hitting his head on a steel support. NBC banned the graphic video of his crash after some people questioned whether it was ethical for the network to air it.

-Maelle Ricker took gold in snowboard cross, becoming the first Canadian woman to win a gold medal in a home Olympics. Deborah Anthonioz of France won silver and Olivia Nobs of Switzerland took bronze. American Lindsey Jacobellis, who was a favorite to win gold, didn’t even make it to the final four. 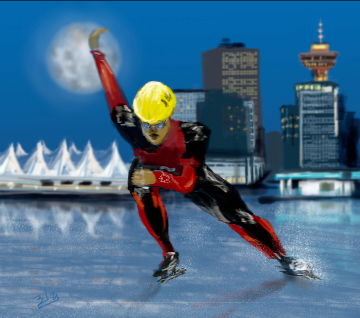 -Japan’s Aya Yasuda was disqualified from luge for being “overweight.” The additional weight of her equipment and a miscalculation caused her to be less than a pound over the limit for a luger.

-Evan Lysacek won gold in men’s figure skating, becoming the first American to do so since Brian Boitano in 1988. Russia’s Evgeni Plushenko and Japan’s Daisuke Takahashi took silver and bronze.

-The Canadian women’s hockey team has been shutting down opponents, with victories like 18-0 against Slovakia, 10-1 against Switzerland, and 13-1 against Sweden. Their triumph is facing criticism, with some countries saying that the Canadians should be more merciful with opponents so they don’t discourage other teams. 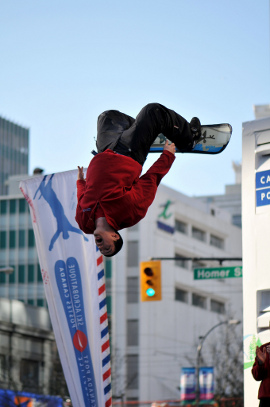 –The Canadian men’s hockey team also got off to a good start, beating Norway 8-0 on Tuesday.

-Latvia’s Haralds Silovs made history by competing in two different events in one day. Silovs skated in the men’s 5,000m on the long track in Richmond, then finished fourth in the short track B final at Vancouver’s Pacific Coliseum.

–The USA is leading in gold medals, with five. The most surprising victor was skier Lindsey Vonn, who became the first American to win gold in women’s downhill despite a shin injury that occurred just two weeks before the games. Moguls skier Hannah Kearney won in women’s freestyle , beating Canadian Jenn Heil, who won in 2006 and was expected to win again.

In the men’s events, Shani Davis took gold in the 1000m speedskate, while Seth Wescott won the men’s snowboard cross. Snowboarder Shaun White won in the halfpipe competition, but waited until his victory run to pull out his newest trick, the Double McTwist 1260.

Which events have caught your attention the most? What are you most looking forward to?

Tagged
Travel Vancouver, Canada
What did you think of this story?
Meh
Good
Awesome