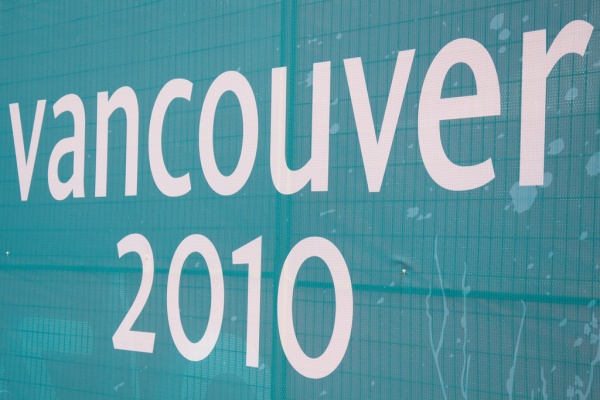 The second week of the Vancouver 2010 Winter Olympics is coming to an end. From non-PC ice dancing to feuding skiers, these are some of the second-half headlines.

The USA’s Bode Miller won a gold medal in the Super-combined event, a jump from his 7th-place finish in the downhill portion. He’s also won a silver in Super-G and a bronze in men’s downhill.

-Two weeks after never having won a gold medal at home, Canada now has eight. Tessa Virtue and Scott Moir took gold in ice dancing on Monday night, becoming the youngest and first North American couple to do so. On Wednesday Callie Humphries and Heather Moyse won gold in women’s bobsled.

-Russian ice dancers Oksana Domnina and Maxim Shabalin offended some Aboriginal leaders with their Aboriginal-themed original dance, in which the pair wore outrageous costumes and stuck out their tongues. After the dance, the pair dropped from first place to finish with bronze.

-The Canada vs. USA men’s hockey game on Sunday evening was the most viewed sports program in Canadian television history. 21.5 million people tuned in, most of them Canadian. The result was a whole lot of heartbreak when the US won 5-3.

-After losing to the Americans, the Canadian team picked up and beat Russia for the first time in 50 years, winning 7-3 on Tuesday. Goalkeeper Ilya Bryzgalov called Russia’s loss “the end of the world.”

-Norway’s King Harald accepted a pair of the Loudmouth patterned pants worn by the Norwegian curling team. When invited to wear the pants to Norway’s match on Tuesday, the king reportedly declined.

-Scotty Lago, the American silver medalist in the halfpipe, left the Olympics early after the appearance of some “scandalous” photos that appeared to show him using his silver medal to pick up women. According to TMZ, Lago can’t talk about the event until his “blackout period” ends on March 3. 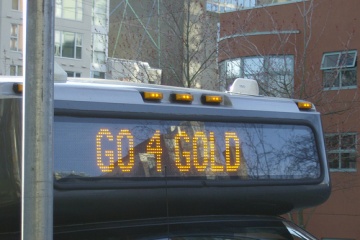 -Norwegian skiers have been dominating this week. In men’s cross-country skiing, Norway’s Petter Northug claimed gold. Another Norweigan, Marit Bjoergen, won her third gold medal of this year’s Olympics in the 4x5km cross-country relay. She also won gold in the 15km pursuit and the 1.4km sprint.

In the ski jump, 20-year-old Austrian Gregor Schlierenzauer won gold with a jump of 146.5 meters.

-The Netherlands’ Sven Kramer was disqualified in the speed skating 10,000m competition after his coach, Gerard Kemkers, told him to switch lanes. The move was illegal, and Kramer lost what he called “the best 10,000m I have ever skated.” Despite the fiasco, the skater says he’ll stay with his coach.

-Finally, an incident during the giant slalom on Thursday has created tension between American skiers Lindsey Vonn and Julia Mancuso. After having to restart her first run because Vonn had crashed and was still on the course, Mancuso finished the giant slalom in 8th place. Disappointed by the outcome, Mancuso expressed frustration with the fact that Vonn had gotten so much attention during the Olympics. Vonn later said she was “hurt” by the comments.

What do you feel was the highlight of the Olympics so far?

Tagged
Travel Vancouver, Canada
What did you think of this story?
Meh
Good
Awesome

Everything Americans need to know about traveling to Mexico right now
When will Americans be allowed to return to Europe?
The best stops on the Blue Ridge Parkway
7 countries you can’t enter if you have a DUI
These road trips were voted the 10 best in the UK