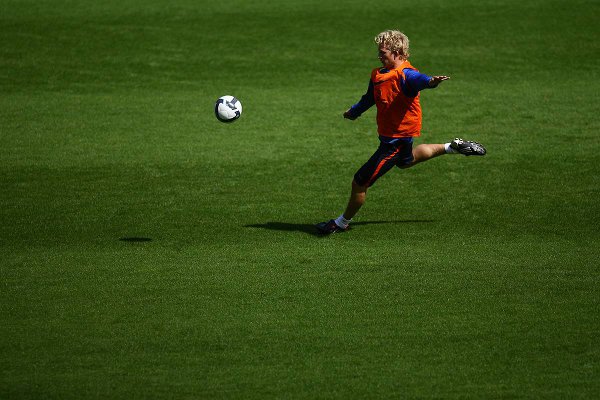 Whenever people tell me that soccer will never be popular in the US, they usually give me the same two reasons: soccer is too slow, and there’s not enough scoring. I tell them to go watch the Netherlands national team play.

The Dutch game is a rebuttal to American’s gripes with soccer. The Dutch are fast, and they play nonstop offense. There’s very little stalling and no endless, circular passing. The forwards attack. The midfielders attack. As soon as the Dutch get the ball, they move it straight toward the goal. It’s the kind of soccer Americans could get used to.

The Netherlands’ style is based on a theory of soccer called Totaalvoetbal, or Total Football. First developed at club Ajax of Amsterdam, the idea behind Total Football is that any player should be able to fill any position on the field. If a defender moves forward to score, a midfielder can move back and defend, or vice-versa. The system encourages fast, aggressive play by letting the team attack from any point on the field without leaving gaps in its defense 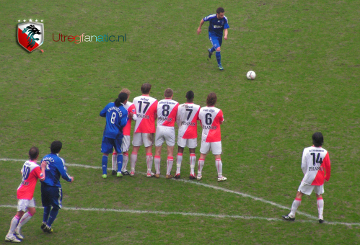 The problem is that modern soccer is becoming a defensive game. Teams would rather shut out their opponents than outscore them.

As an example, there were no scoreless games in the 1950 World Cup, while seven games at the 2006 World Cup ended zero-zero.

The current champion is Italy, whose traditional, ultra-defensive strategy, called cattenacio, focuses more on locking down the goal than on scoring. It can be boring to watch, but it often wins games.

While the Dutch have never won a World Cup, they’re looking stronger this year than they have in a long time. Under new coach Bert van Marwijk, the Netherlands qualified for South Africa with eight straight wins. The team has some of the strongest offensive players around, like Arjen Robben and Dirk Kuyt.

Still, the Dutch say they’ll compromise their style and play defensively if it will help them in the World Cup. As defender Andre Ooijer said in an interview with the AP, “We’ve learned to win without playing well.”

Defensive soccer isn’t going to win the sport any new fans in the US. It’s not that we don’t appreciate tactical, creative play. We appreciate it just fine, as long as it ends in scoring. Without that, I can’t imagine soccer ever arousing more than sideshow-level curiosity in the mainstream American media. No matter how well the US national team does, Americans will continue ignoring soccer for as long as they continue to think it’s a futile sport.

But if a country like the Netherlands were to win the World Cup by playing a fast, offense-heavy game, it could help convince Americans that soccer is actually worth watching.

Get psyched for World Cup 2010 on Matador Sports.

What did you think of this article?
Meh
Good
Awesome
Bookmark
Posted In
Travel
Destinations
Netherlands United States South Africa

As Amsterdam fills with crowds, head to Groningen for a more local feel

Once you’ve swum with manatees, here’s what else to do in Crystal River

The most epic day at Cape Point, on the edge of Africa