1. Go for a surf underneath the Golden Gate Bridge.

Fort Point is a left-handed surf break located directly underneath the Golden Gate Bridge. Sure the water is freezing cold and there are probably a few great white sharks swimming below you but hey, it’s a pretty epic place for a surf. Be sure to bring a thick wetsuit and some booties. Not a place for beginners.

Couple fun ones rollin thru at Fort Point

Golden Gate Park has a full-size 18­hole frisbee golf course located amongst all the trees. Pack up your frisbee disks, a few beers, and go have fun.

Bay to Breakers is an annual footrace in May that attracts over 100,000 people each year. It starts near the Embarcadero and ends at Ocean Beach. But you don’t need to be an athlete to enjoy this glorious day! Get dressed up in a costume and join the thousands of other participants who party along the entire route.

4. Kick it at Dolores Park on a sunny day.

On any given weekend, especially when it’s nice out, you can stroll by Dolores
Park and expect it to be packed to the brim. It’s a perfect place to go kick it, drink a few beers, smoke, and just hang out with your friends. It’s got a pretty sick view of the city as well.

✦ ✨👉Photo by: @mattbaer_👈✨ Selected by: @kurtzmanos ✦ We are excited to present one of today’s Featured Photos of the Day. ✦ Congratulations! 🏆 Please have a look at the artist’s feed and show your support. ✦ Follow @wildbayarea and tag your best shots #wildbayarea for a chance to be featured. ✦ cc: @nikonej ✦ Check out our sister hub @wildnewyork

5. Roam the city on an electric scooter

Feel like seeing the sights and being environmentally conscious at the same time? ScootNetworks allows you to rent a fully electric scooter by the hour, directly from your smartphone. There are hundreds of these electric scooters around the whole city. Rent one and go explore all the dope spots in the city.

During prohibition, speakeasybars were the place to go if you wanted to secretly consume some adult beverages. Today, you can visit places like Local Edition and Bourbon & Branch that offer that old school vibe. Some require a password to get in and can be a bit tricky to find with the lack of signage outside. It’s supposed to be a secret remember? 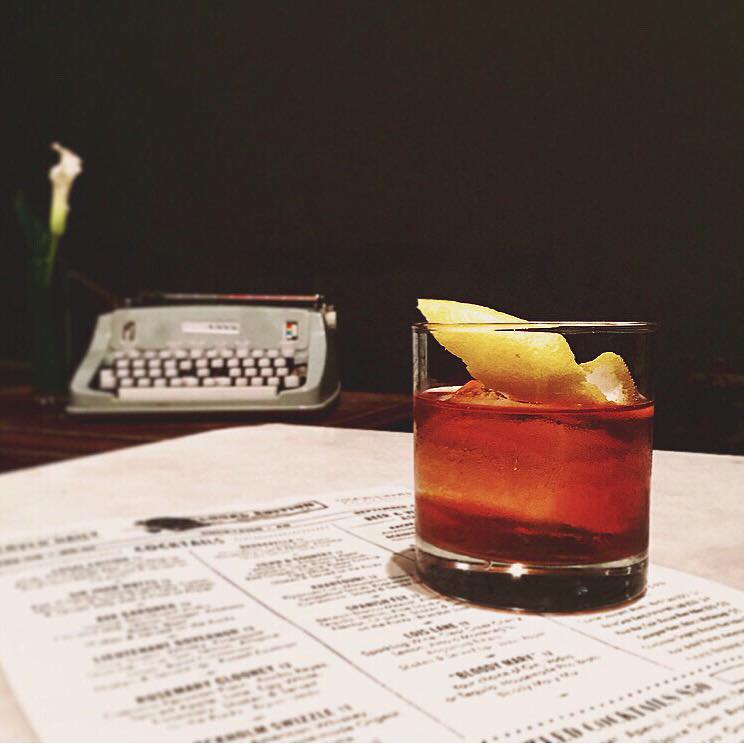 7. Rock out at Outside Lands Music Festival.

Every summer, San Francisco puts on the 3-day​ music festival. Whether you’re into EDM, rock, hip hop, or indie, this festival has it all. Come party and listen to music with your friends for a weekend inside Golden Gate Park. Be sure to secure your lodging in advance as things get pretty booked up.

We’re remembering all the feels in the beautiful crowd at @giraffage with this #TBT shot (📷: @jorgphoto) #outsidelands

8. Catch a Giants game from a kayak in McCovey Cove.

Rent a kayak and watch the ballgame directly from the water. McCovey Cove is located behind AT&T Stadium and is usually full of kayakers and other boats during a game. The best time to be out there is during San Francisco’s Indian Summer in September/October. Who knows, you may even catch a home run​ ball.

I don’t always watch baseball, but when I do it’s at McCovey Cove on le kayak

9. Go for a casual hike at Land’s End trail.

Feel like seeing some nature but you don’t want to leave the city? Check out Land’s End located in the far west part of SF. It has great trails for walking and leads off onto a small beach to chill at. You also get a sick view of the Golden Gate Bridge from the side you don’t usually see it from.

Ever wonder what it would be like to get drunk with thousands of Santas? If so, you’re in luck. Every year, San Francisco celebrates the annual SantaCon event. It’s a time for everyone to dress up like Santa and go get hammered at the bars all day. Good luck making it to the night! 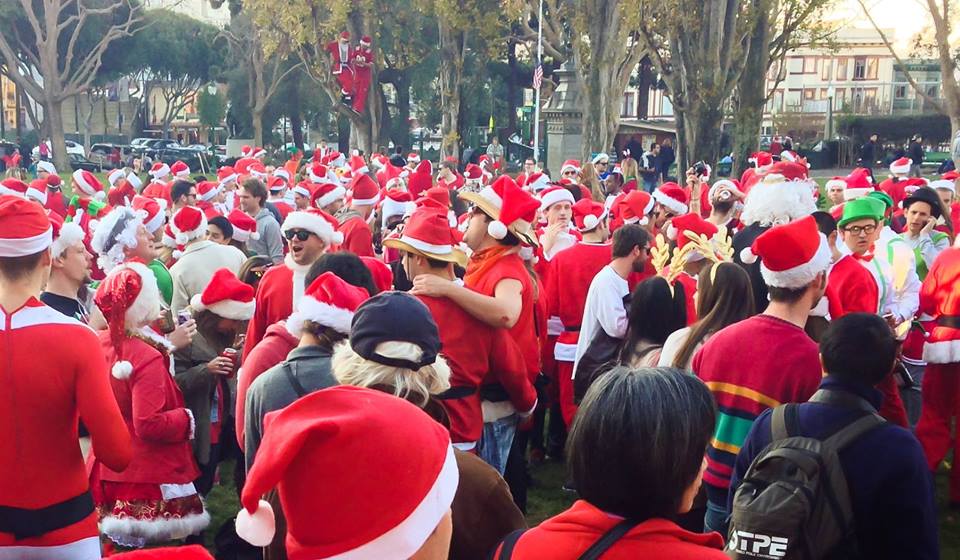 Pride is a massive LGBT parade and festival that is held on the final weekend of June every year. A parade takes place downtown on the Sunday, which boasts hundreds of various LGBT groups and organizations. The festival itself goes on all weekend in the Civic Center area with tons of music, food, dance stages, and partying.