I was awakened by the flurry of wind and snow blowing against the side of our Norwegian cabin. The wind through the valley often reaches 40 mph and it was hard to think in a few hours we would have to leave the warmth of our sleeping bags for the frigid waters out front. Alek Parker was the first to suit up and began his march towards the shoreline. Snow caving beneath his feet, he looks for a place to paddle out. For the moment he is still warm, but that moment will soon be a fleeting memory as the dense icy water will begin to engulf his core. 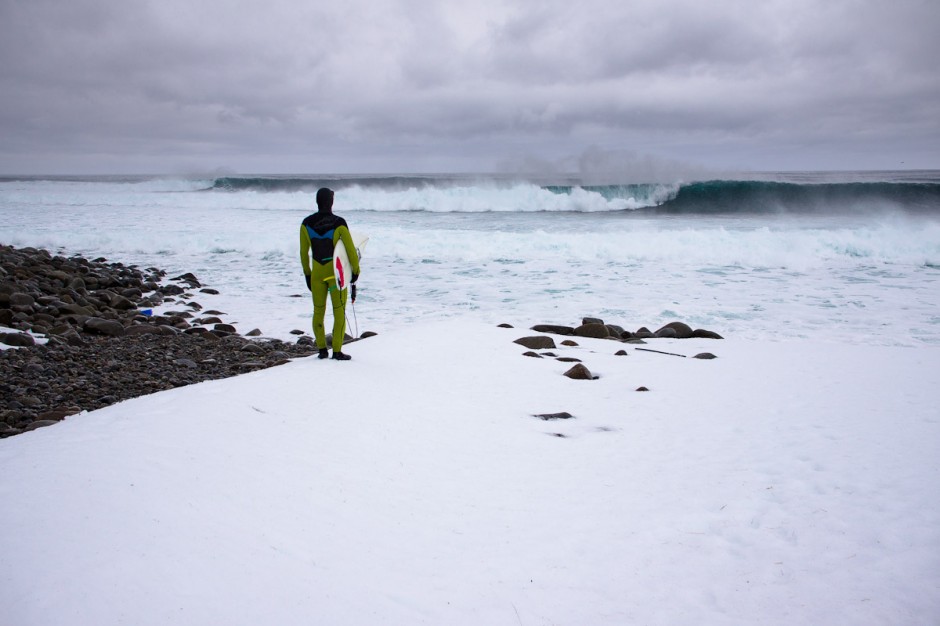 It is an eerie feeling navigating through icebergs to surf. The deep blue of the water moves slowly around you as the massive icebergs begin to shift. The water temperature is so cold Keith Malloy takes a break from paddling walking across as much of the frozen water as possible. 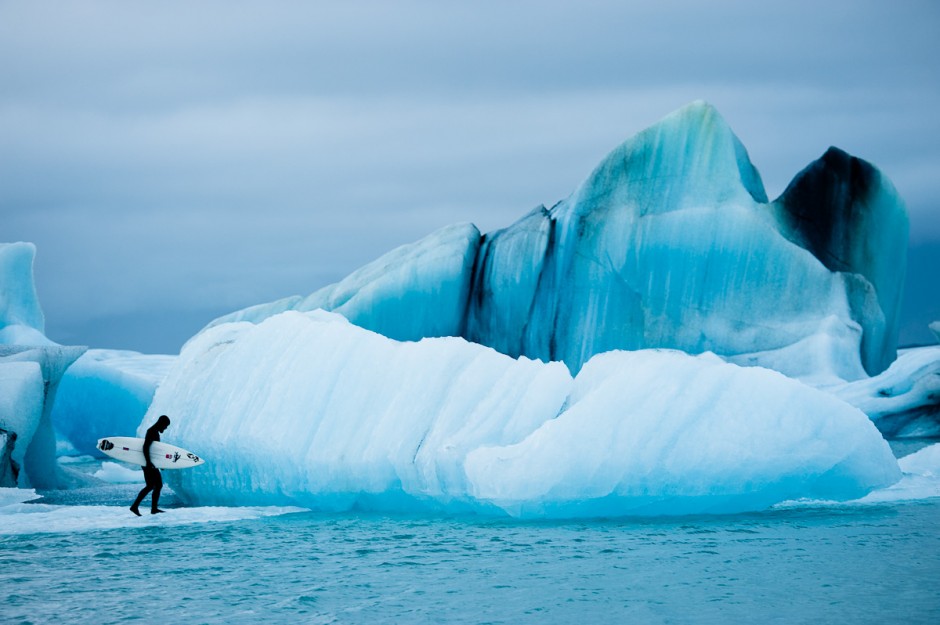 Sand blowing in my face, I stood on the top of the dunes scouring the coastline for any sign of surf. My body began to demand water and my eyes squinted from the midday sun. The comfort I had in our four-wheel drive vehicle quickly diminished as our guide explained we must hurry as four-wheel drive vehicles are often subject to carjacking from terrorists groups in this area. 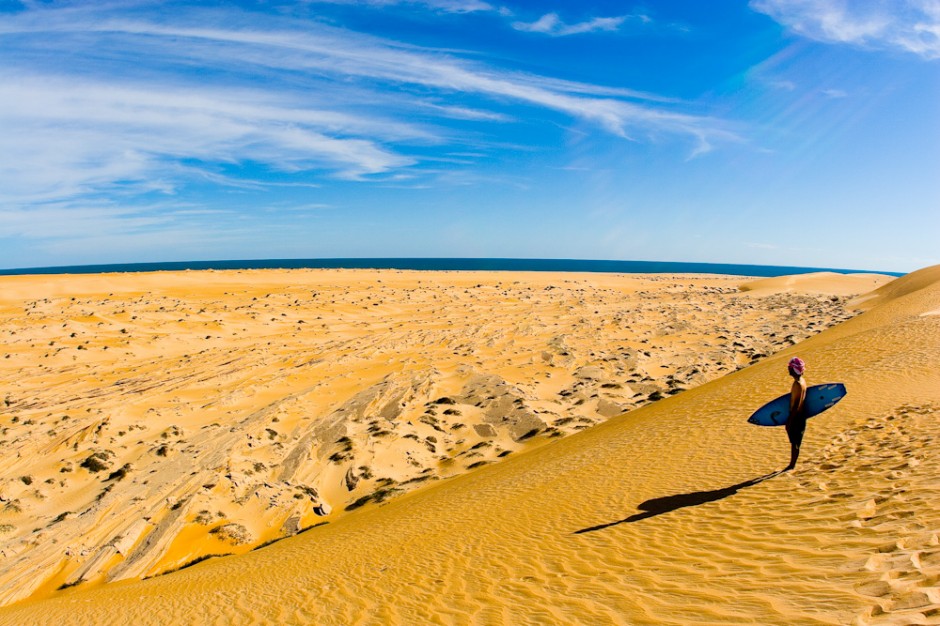 Getting out the water we began to build a fire and bring life back into our fingers and face. A storm was brewing on the horizon and we had to work quickly to better our shelter for a night of rain. The surf would have to wait for the moment. We were miles away from anyone except a few bears that became more curious as the smell of our dinner traveled down the shoreline. Scoring surf up in the Pacific Northwest is work. Unless you’re experienced in dealing with untimely storms, remote camping, and have experience camping in bear habitat, it may be better to find a different, less dangerous coastline to explore. 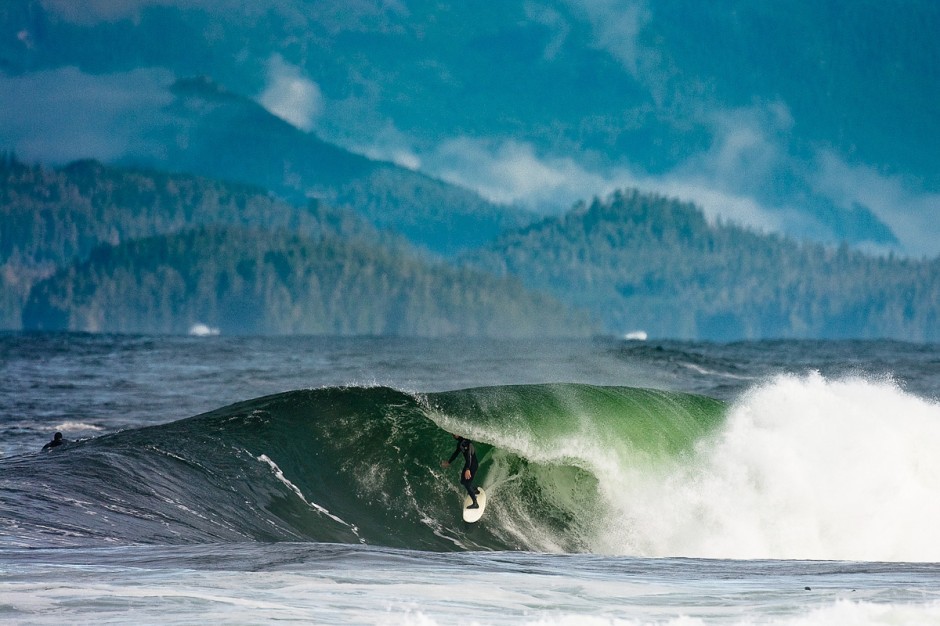 We had been hiking for 8 miles and our final destination was finally within sight. Isolation is often a theme in surfing Central California and we had hiked into one of the most isolated places. With a few miles left it became apparent that if anything went wrong we were screwed. Cell phone service was lost many miles back and we only had enough food for a few nights of camping. 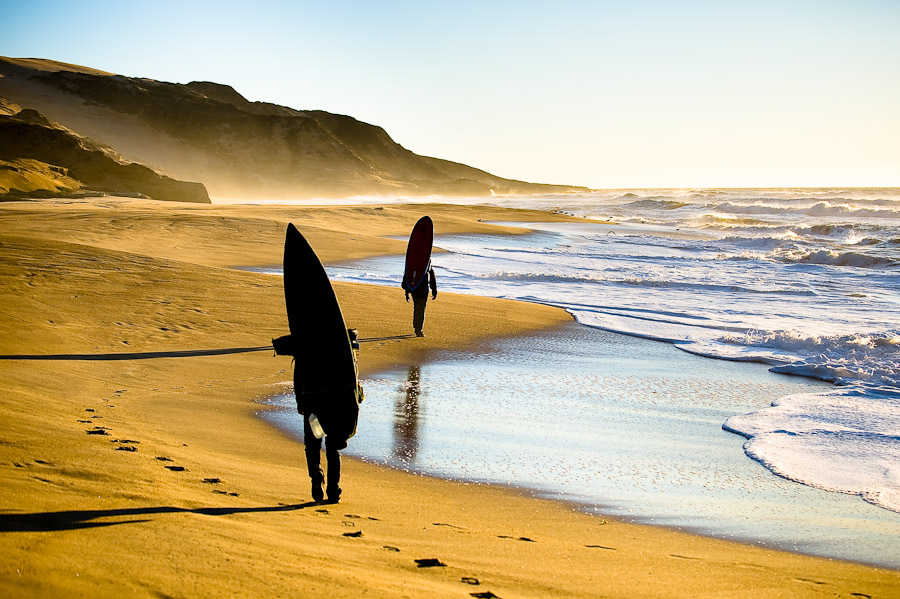 Driving down the coast my mind floated between images of pulling into view of a perfect point break and being robbed on the way. Though the statistics are in my favor, Mexico’s coastline is a place where anything can happen. Police can be corrupt while tourists are often targets of kidnappings and robbery. 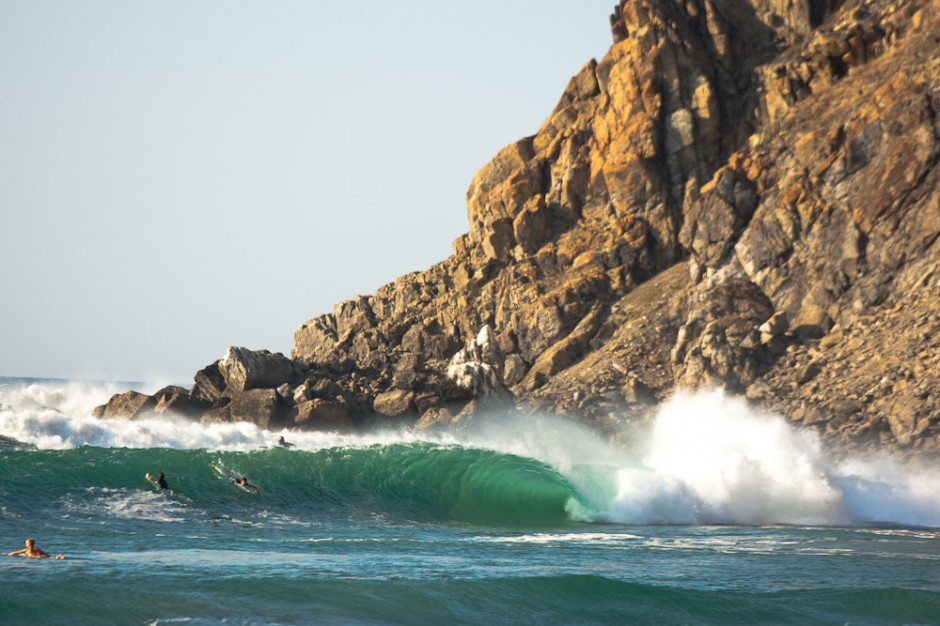 Chile’s coastline is beautiful and the waves at times flawless, but below the surface is where the true danger lies. Paddling out you try not to think what is below you, but it is hard when each surfer that paddles in that has cuts and urchin spines. 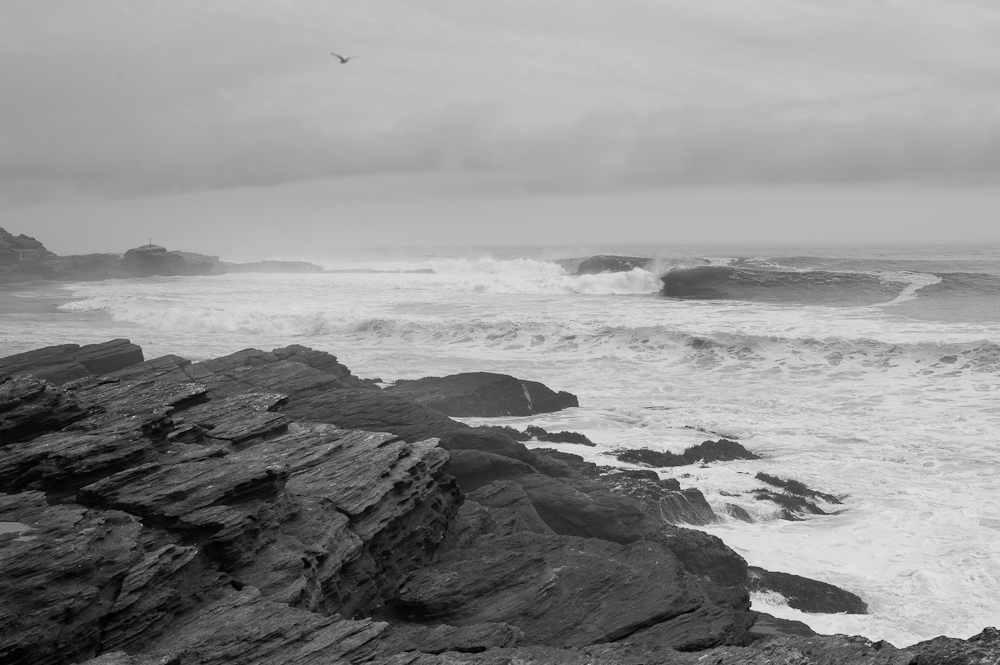 It’s not very often that you have to paddle around construction rigs on the way to surf. The pollution and sometimes debris from the constant water construction is a danger in itself. As I sat on the shore looking for a lone peak amidst the sand blown beach, the heat of the sun was beating down. The sun in the Arabian Desert is merciless and I was reminded to constantly hydrate as it seemed I sweated out more water than I could drink. Looking down the desolate coastline I hoped that for the moment our things remained safe from any carjackers looking for easy pickings. 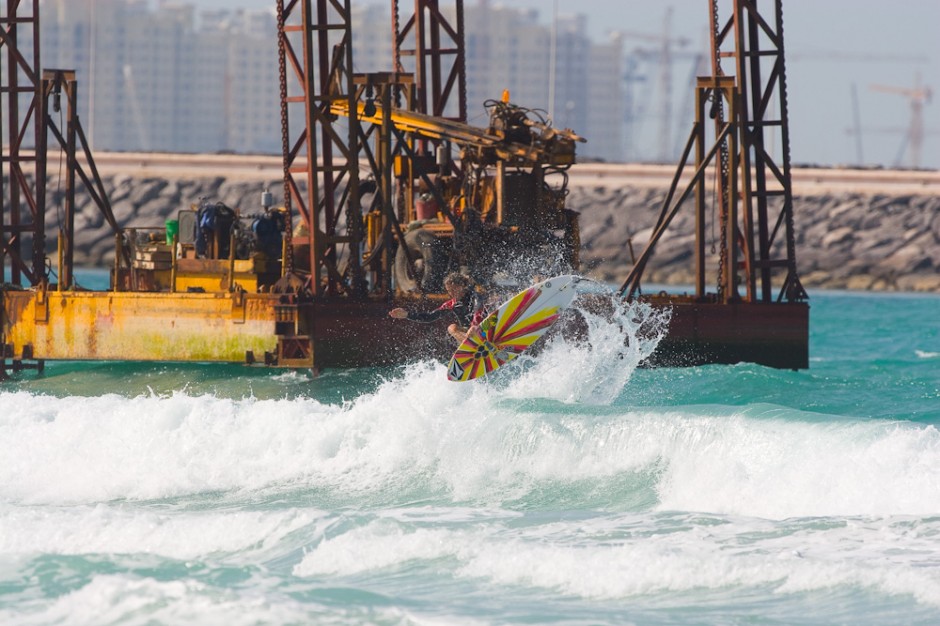 Though Spain’s Basque Country coastline seems like prime Great White habitat, the true danger lies in the physical environment and crowded peaks at the world-class breaks. Navigating into the lineup all I could see was one of the biggest rips of my life forming in front of me. Seeking a point of entry amongst the rocks, the surf pounded in front of me leaving no room for error. At first I thought this current would be perfect to pull me into the lineup, but soon it began to shift, taking me with it. I spent most of the session battling the current and finally it popped me out into the lineup. By that time this world-class wave had twice as many people out with at least 5 guys dropping in each wave. I’ve dealt with crowds, but on a day when the sets are double overhead the last thing you want to see it a group of guys on boards making the drop with you. 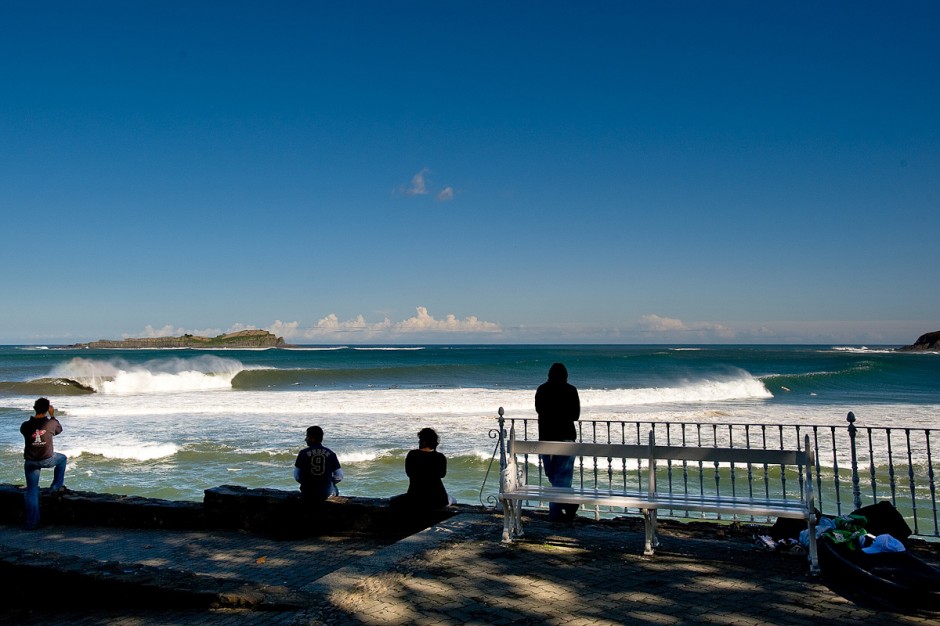 Cold, foggy, and isolated surf breaks always seem to feel sharky. Even though most of the time it’s mental, the fact that more sharks hang out in California’s red triangle is not. 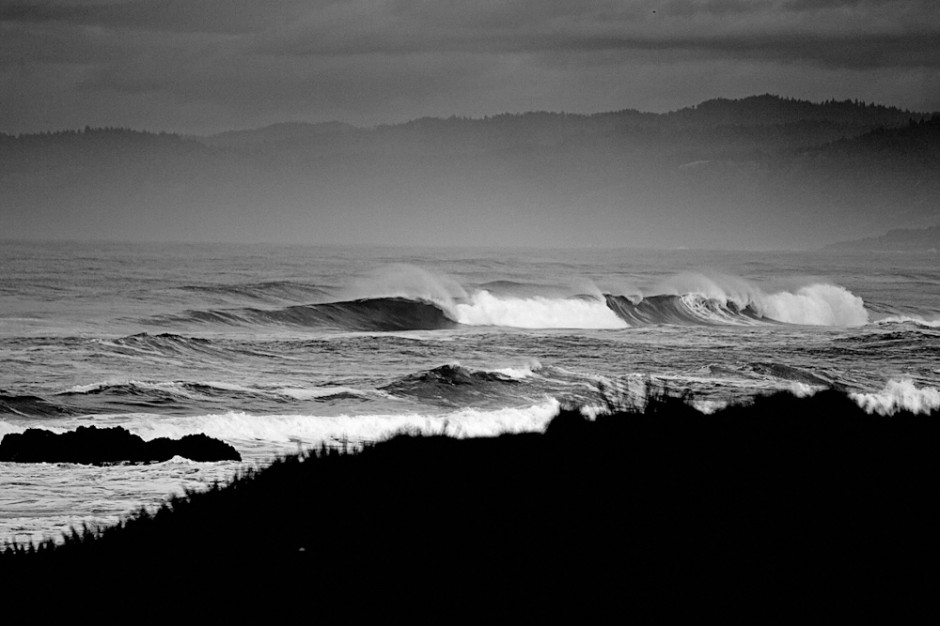 Walking with boards in hand down a beach littered with elephant seals is no comfort either. For sharks these resting elephant seals are like a big juicy steak. Dressed head to toe in black rubber I may as well be bait. Statistics are in my favor, but that doesn’t mean that each time I hear a splash in the water or see a shadow move below the surface my heart doesn’t skip a beat. 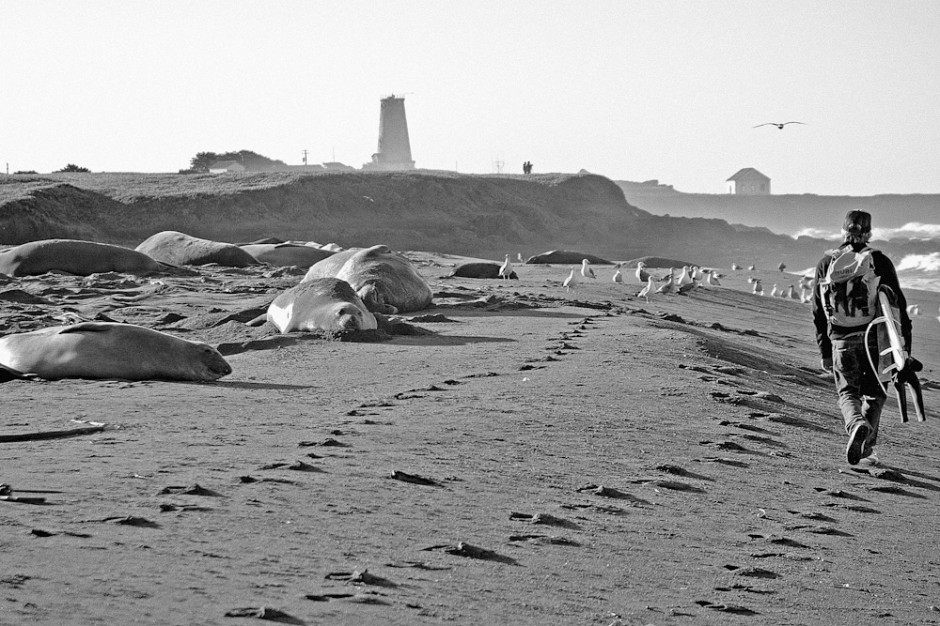 As we made our way down the cliffs, each step had to be carefully thought. The moist air made each rock slippery at best. At water’s edge there were no sand beaches, no vacationing tourists, only rock meeting ocean. This wave broke on a shelf, jacking up from the deep ocean depths just outside the lineup onto shallow rocks. The current and sheer power of the wave was clear. 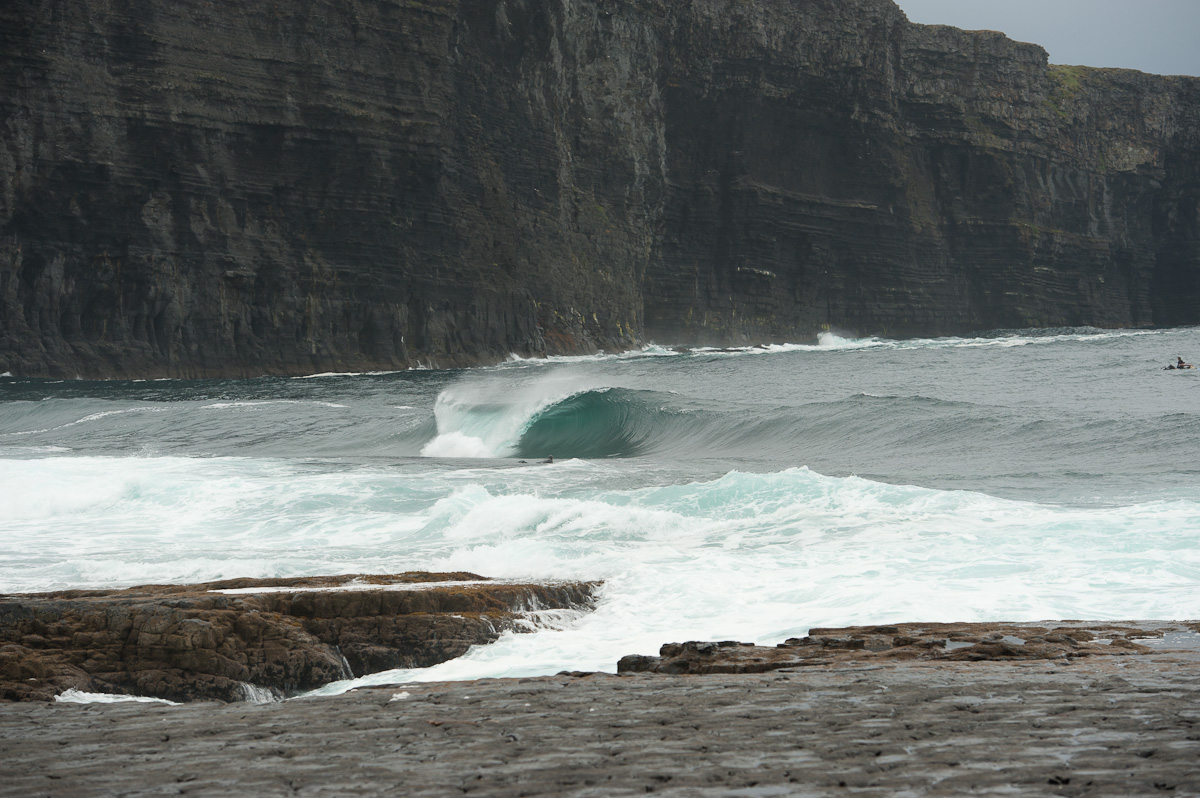 What other coastlines have you visited which presented different forms of danger? Let us know in the comments.