View all travel news
Top Destinations
Top CitiesView All Destinations
Trending Regions
Trending Cities
Load More
Canyons can be the most committing — and rewarding — places to hike, paddle, climb, float. Whether you’re there to take pictures or immerse yourself deep in the backcountry, here are 27 formidable places.

1. Glen Canyon, near Page, Arizona, US 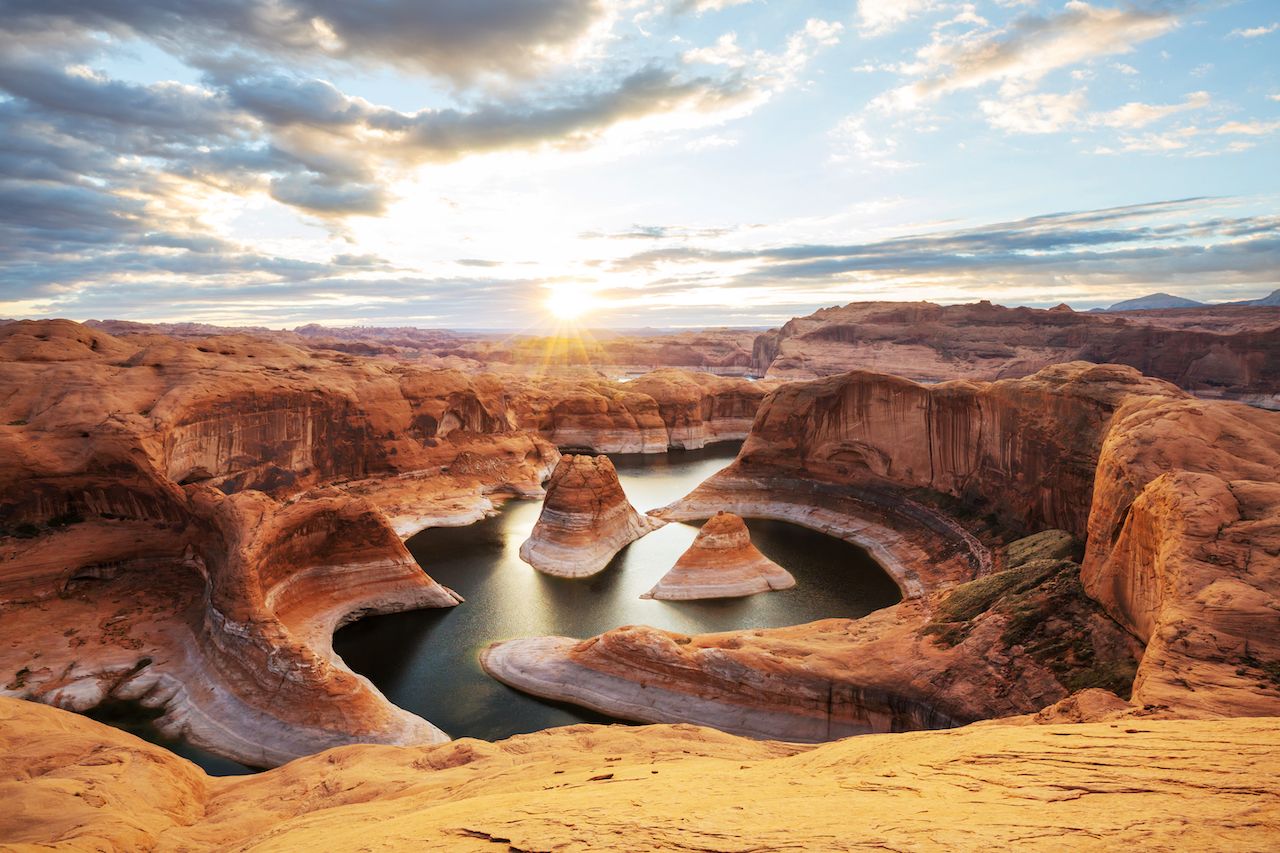 Within Glen Canyon National Park, which is over 1.2 million acres area-wise, Horseshoe Bend is a spot along the Colorado River where the river bends so sharply, it almost completes a circle. 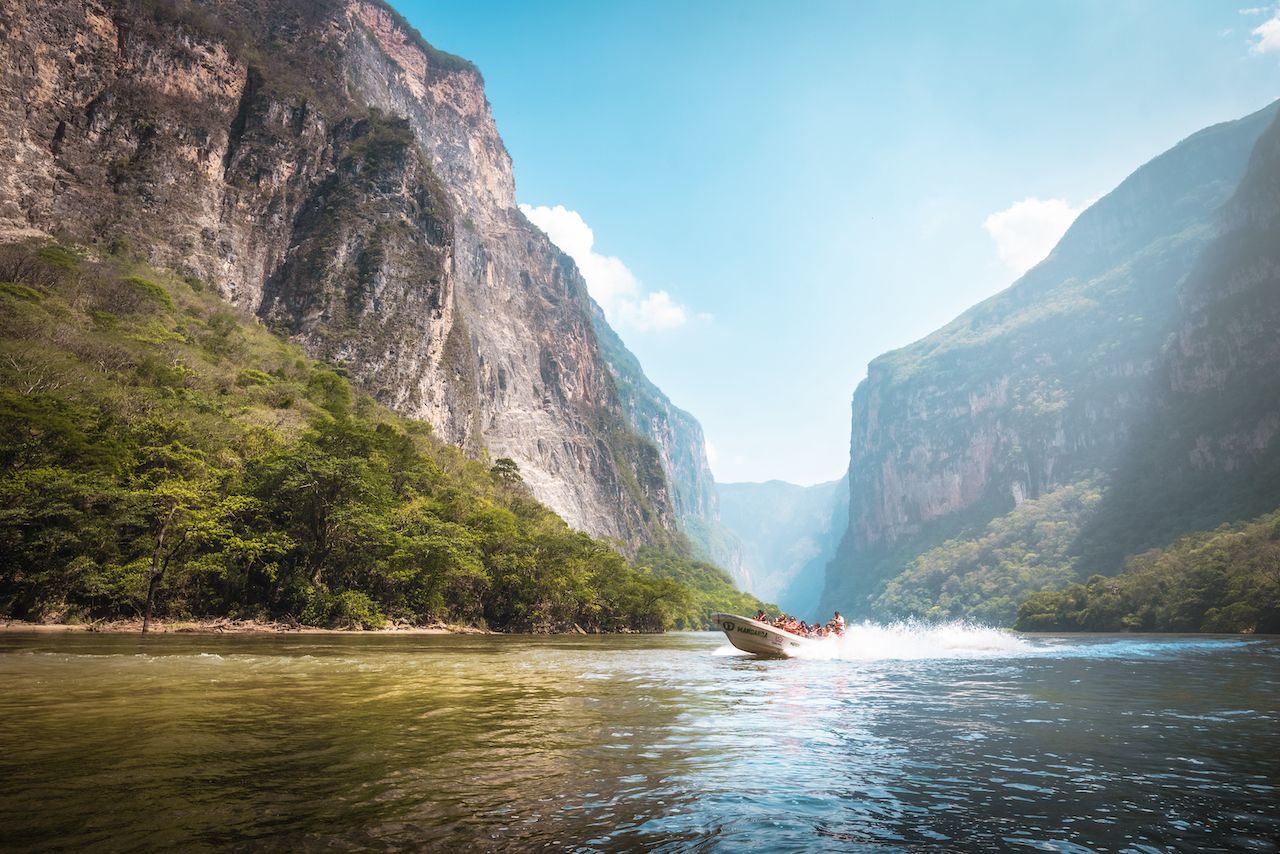 3. Coyote Buttes, between Kanab, Utah and Page, Arizona, US 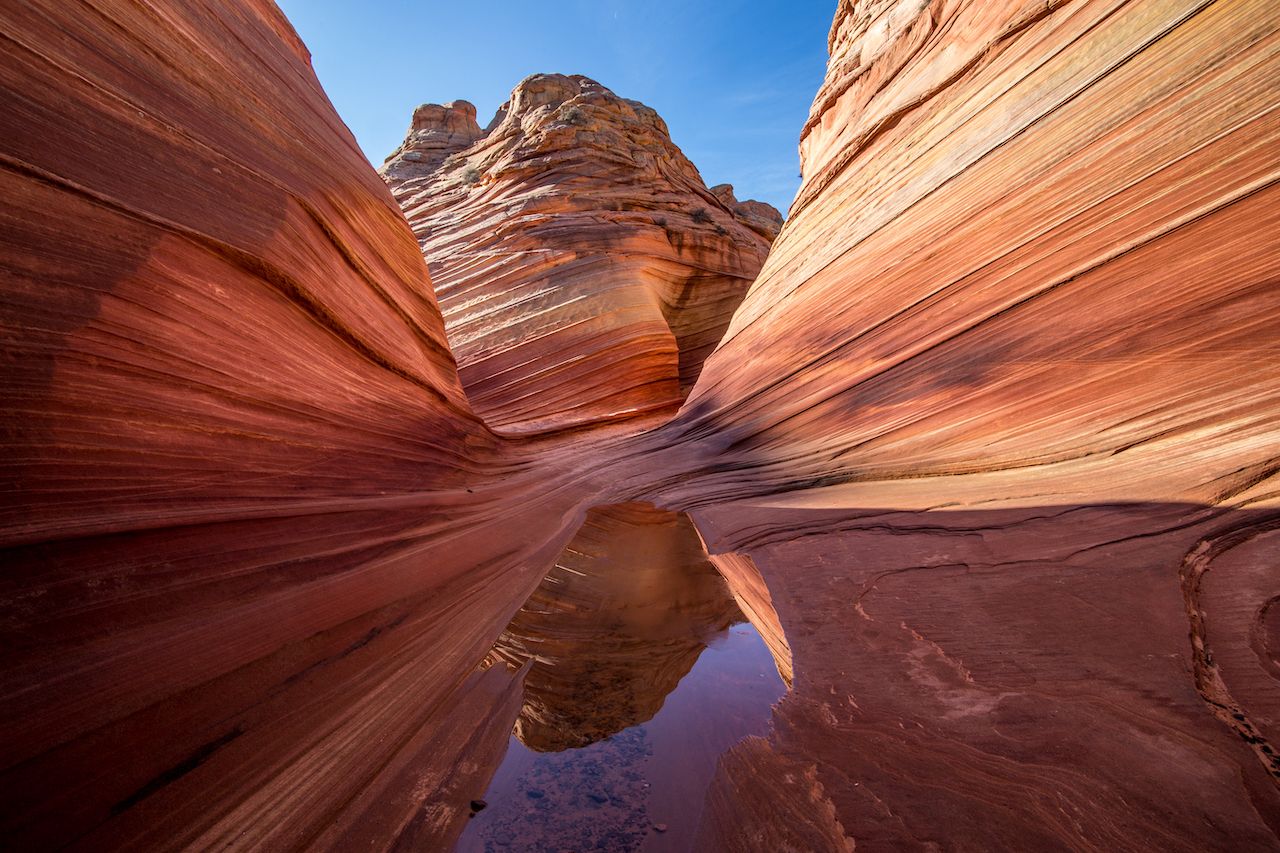 “The Wave” in the Coyote Buttes North Area of Paria Canyon-Vermilion Cliffs Wilderness Area is a section of multicolored carved sandstone that looks like it was taken out of a page of Dr. Seuss’s Oh the Places You’ll Go. 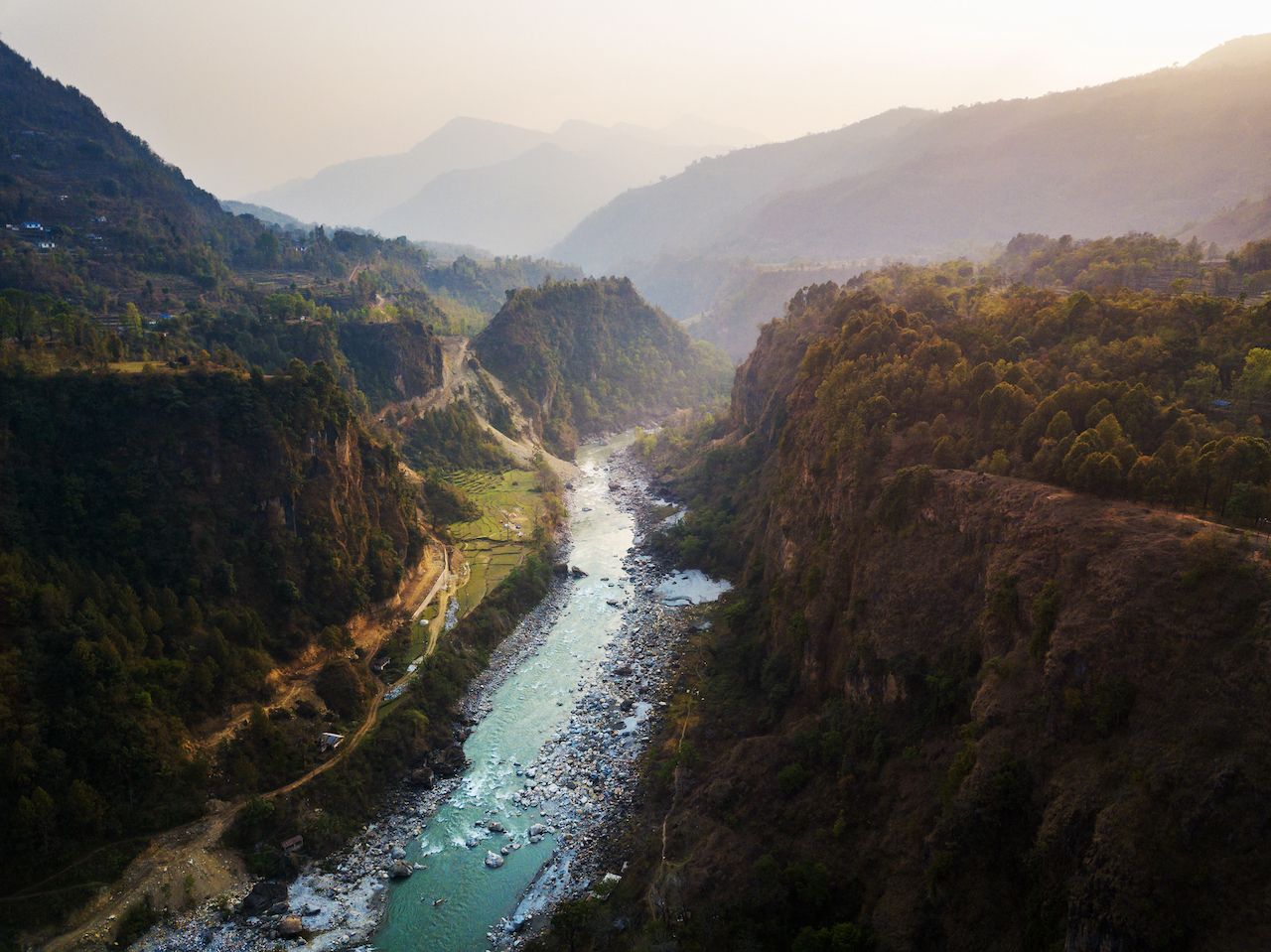 Because all canyons and gorges are different, from the slope of their walls and their rim height above sea level, it’s difficult to determine a list of the “deepest” canyons in the world. Kali Gandaki Gorge, in the Himalayas, is proclaimed as such, if the depth is the measured by highest peak of the mountains on either side minus the elevation of the river — a depth of over 19,000 feet. 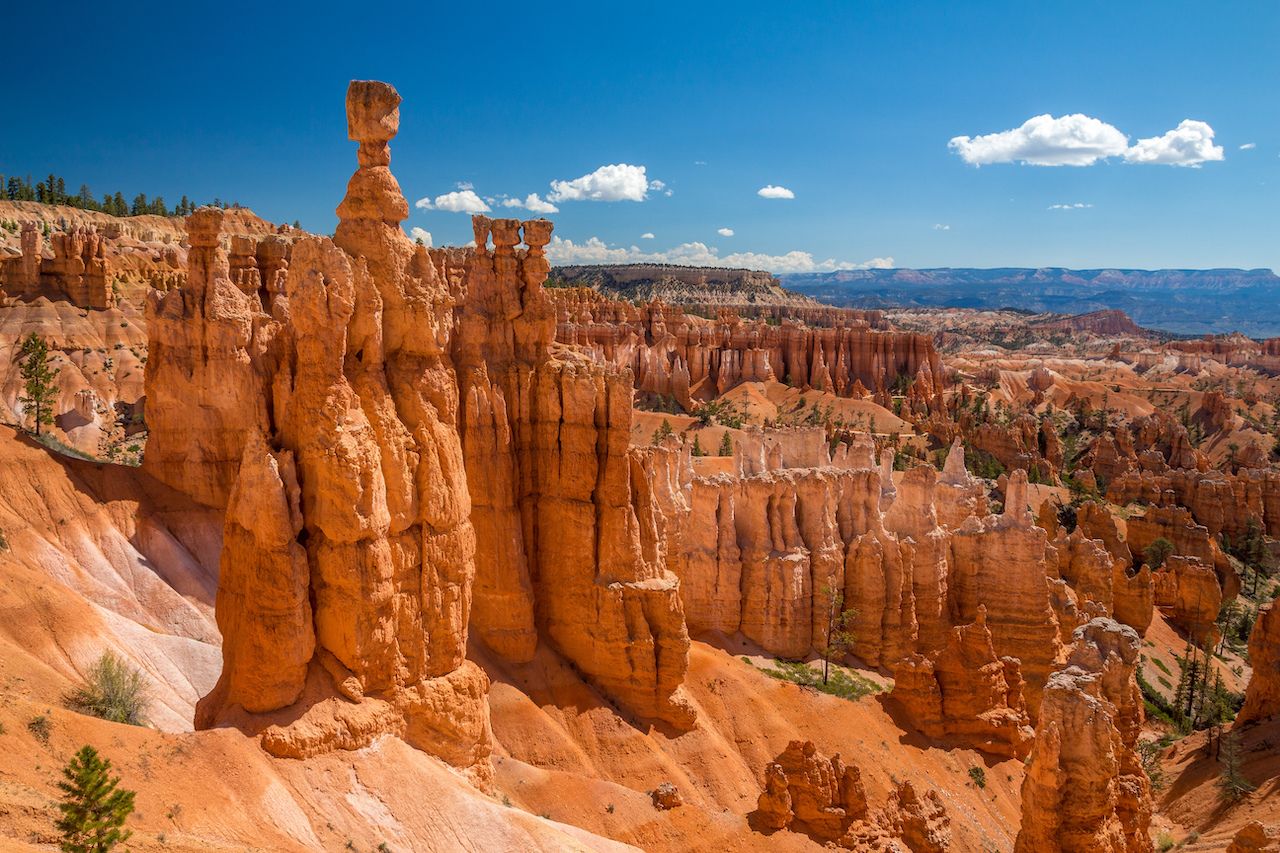 Bryce Canyon’s iconic landscape is composed of pillars of sedimentary rock called hoodoos. Bryce has the highest concentration of hoodoos in the world. The is also a really good for stargazing, with a 7.4 magnitude night sky, meaning the sky is so clear, you can see on average 7,500 stars. (For comparison, LA and New York have 2 magnitude night sky ratings). 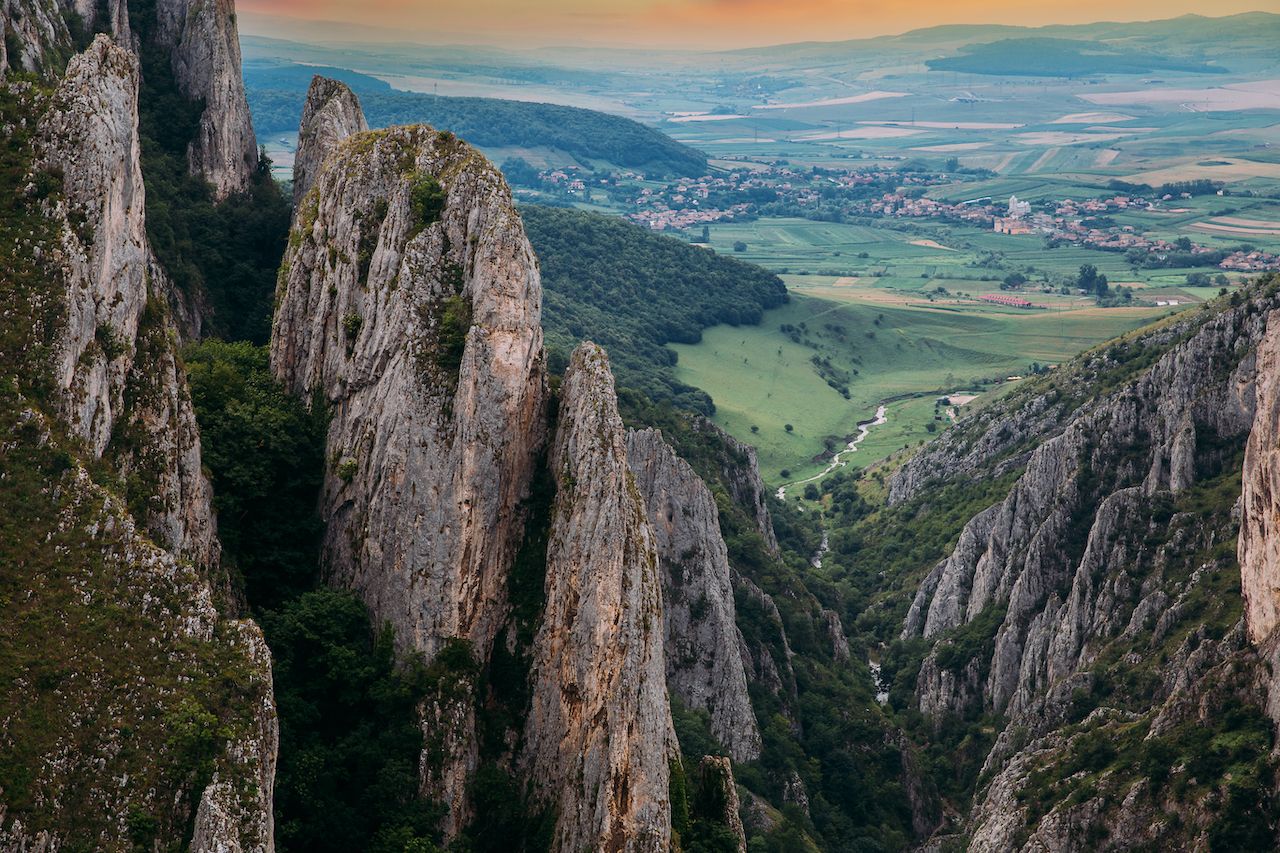 This canyon is 2,900 meters long, in some points 300 meters high, and is home to over 1,000 species. Cheile Turzii is one of the most popular spots for climbing in Romania. 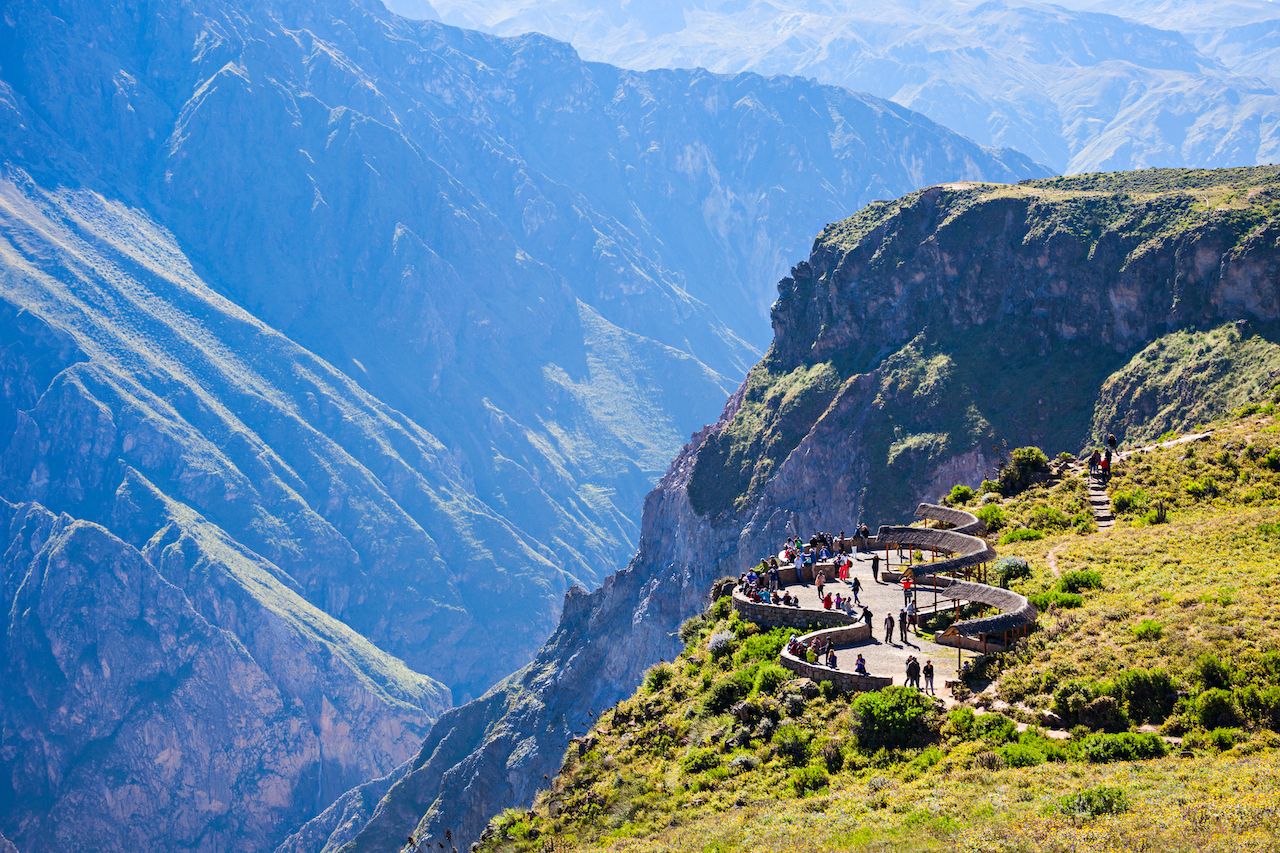 The Colca Canyon is more than twice as deep as the Grand Canyon, at a depth of 13,650 feet. 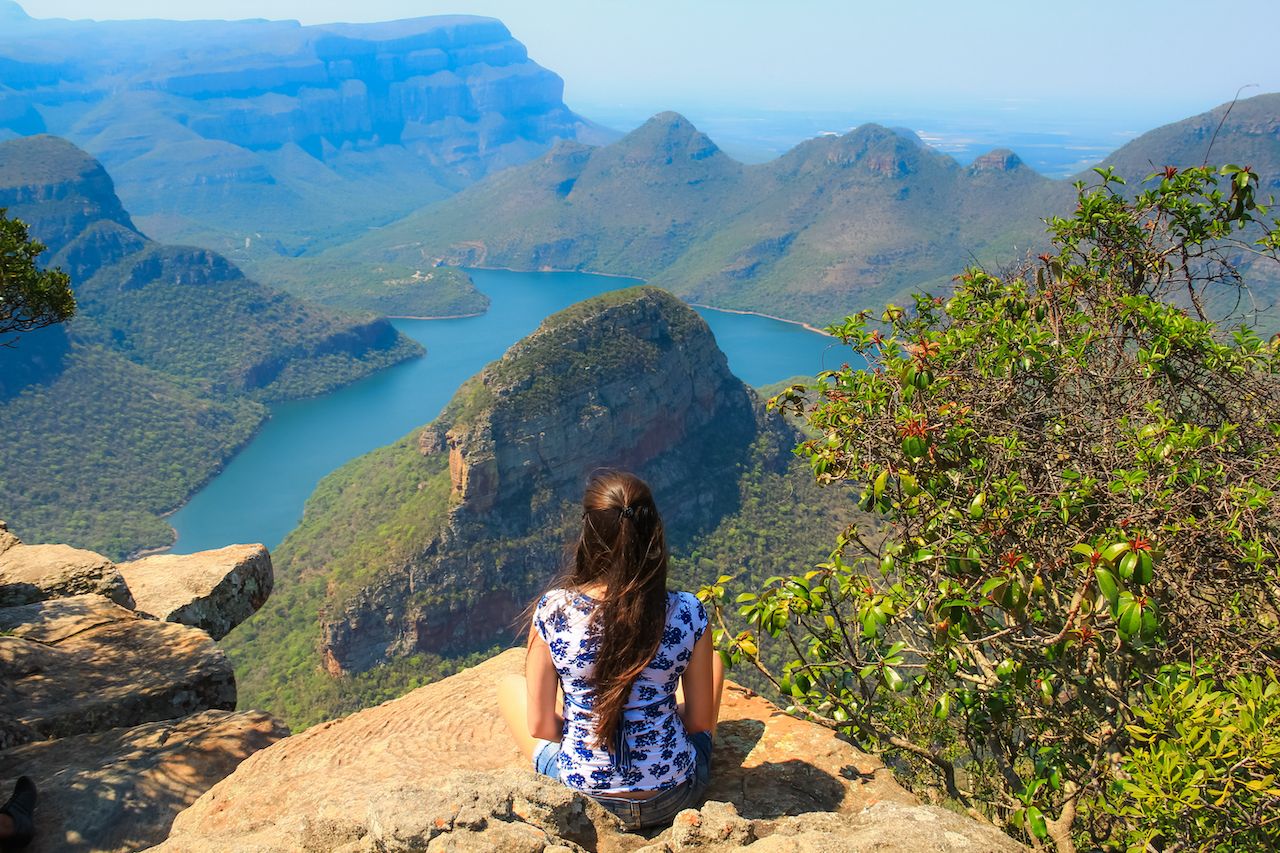 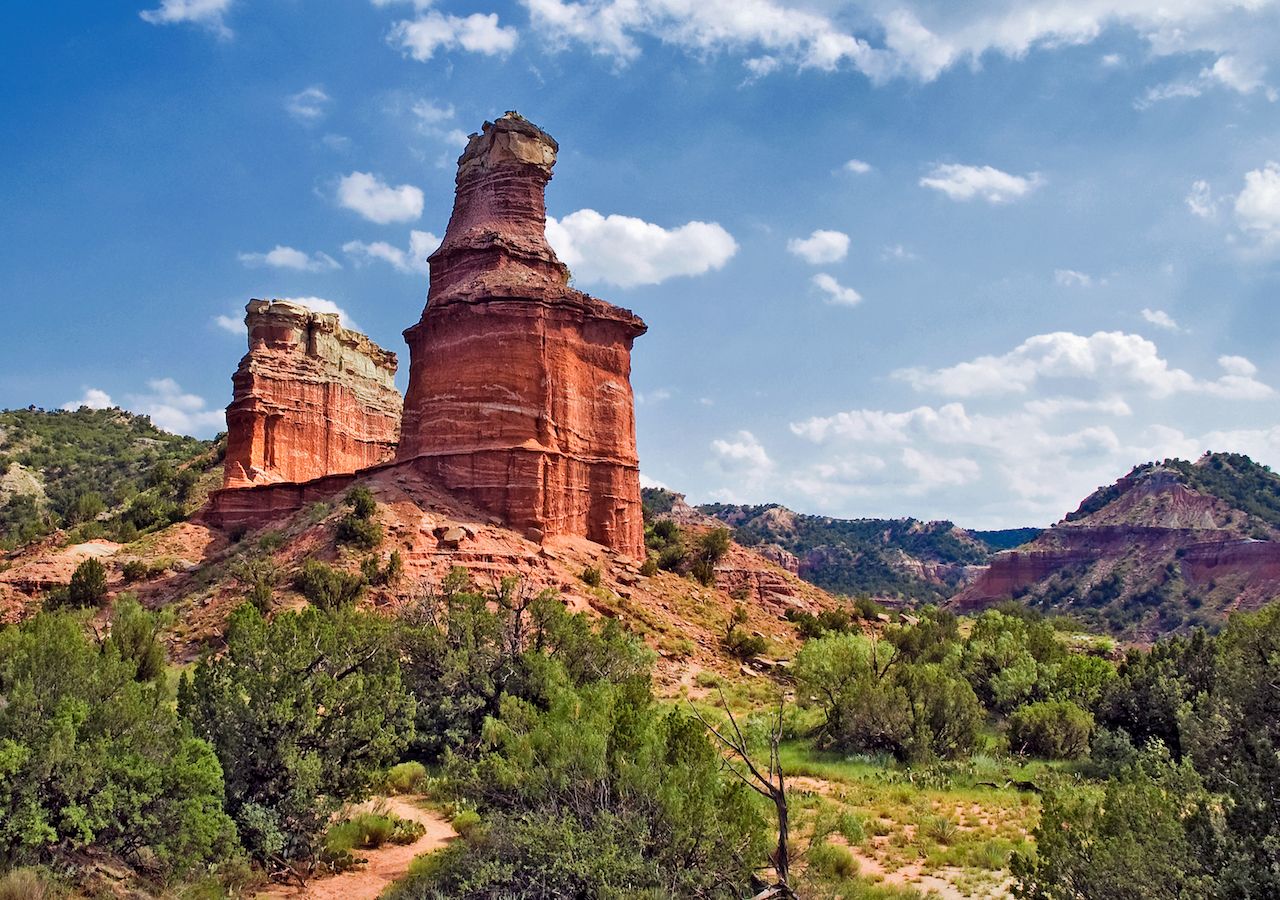 The second largest canyon in the United States, the “Grand Canyon of Texas” is 120 miles long with depths up to 997 feet. Georgia O’Keefe often visited and painted the canyon when she taught at West Texas State Normal College. 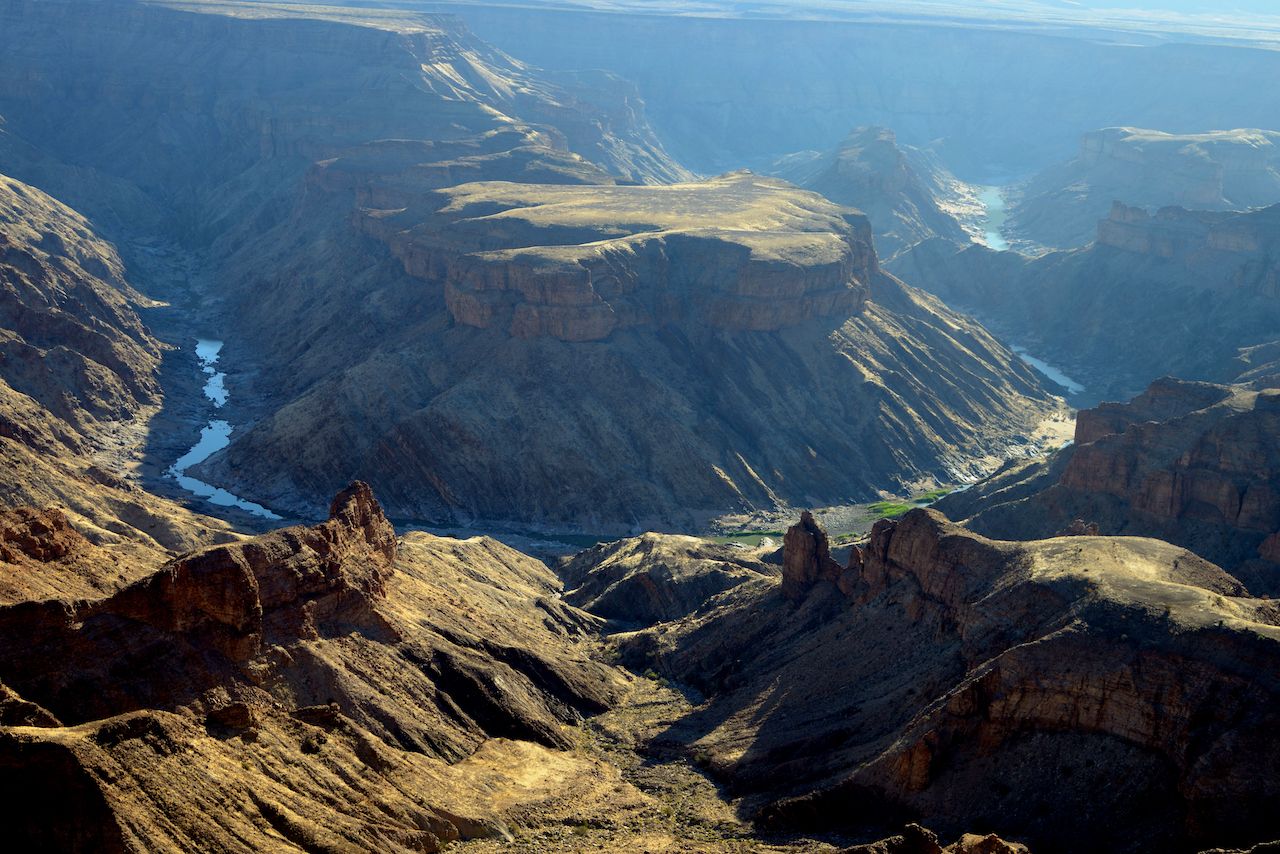 At 100 miles long and up to 1,800 feet deep, Fish River Canyon is the largest canyon in Africa and the second largest in the world. It’s a popular tourist attraction in Namibia — check the 53-mile Fish River Hiking Trail, which takes 3-5 days to hike. 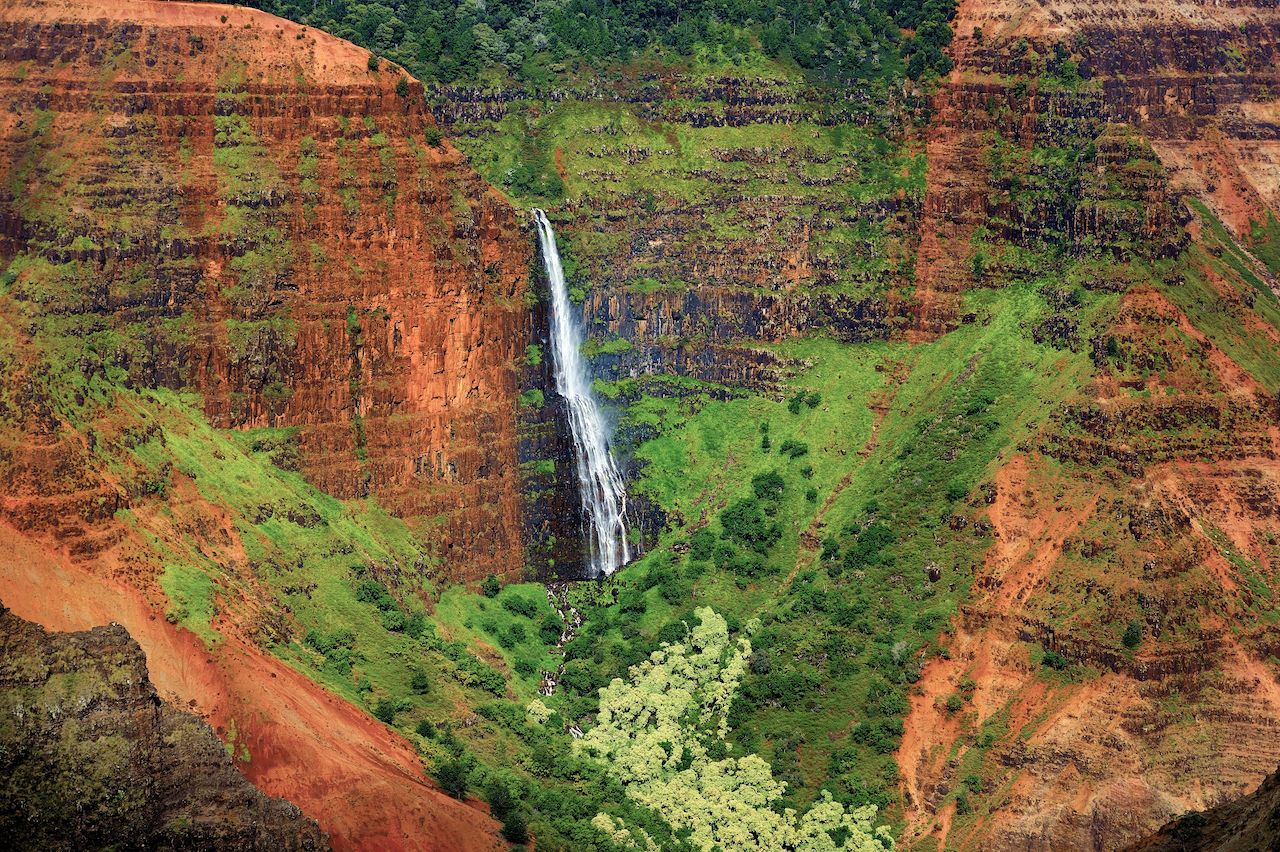 Waimea Canyon is 10 miles long and 3,000 feet deep, formed initially by a volcanic collapse and then by erosion. Waimea means “reddish water” in Hawaiian, for the color of the canyon’s soil. 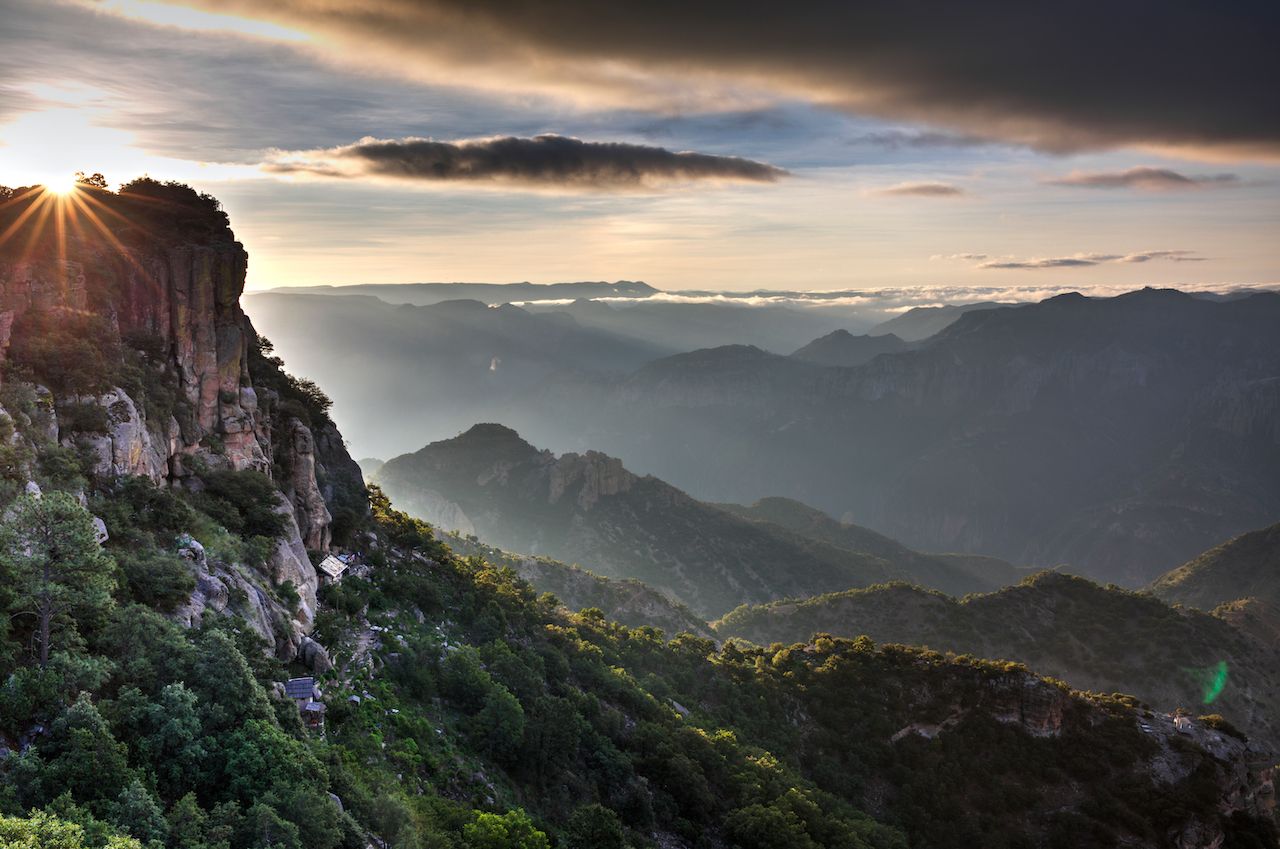 Copper Canyon is actually six canyons formed by six different rivers that eventually empty into the Sea of Cortez. Its traditional inhabitants are the Tarahumara (or Rarámuri). The total area covered is 25,096 square miles, with depths of over 6,000 feet. 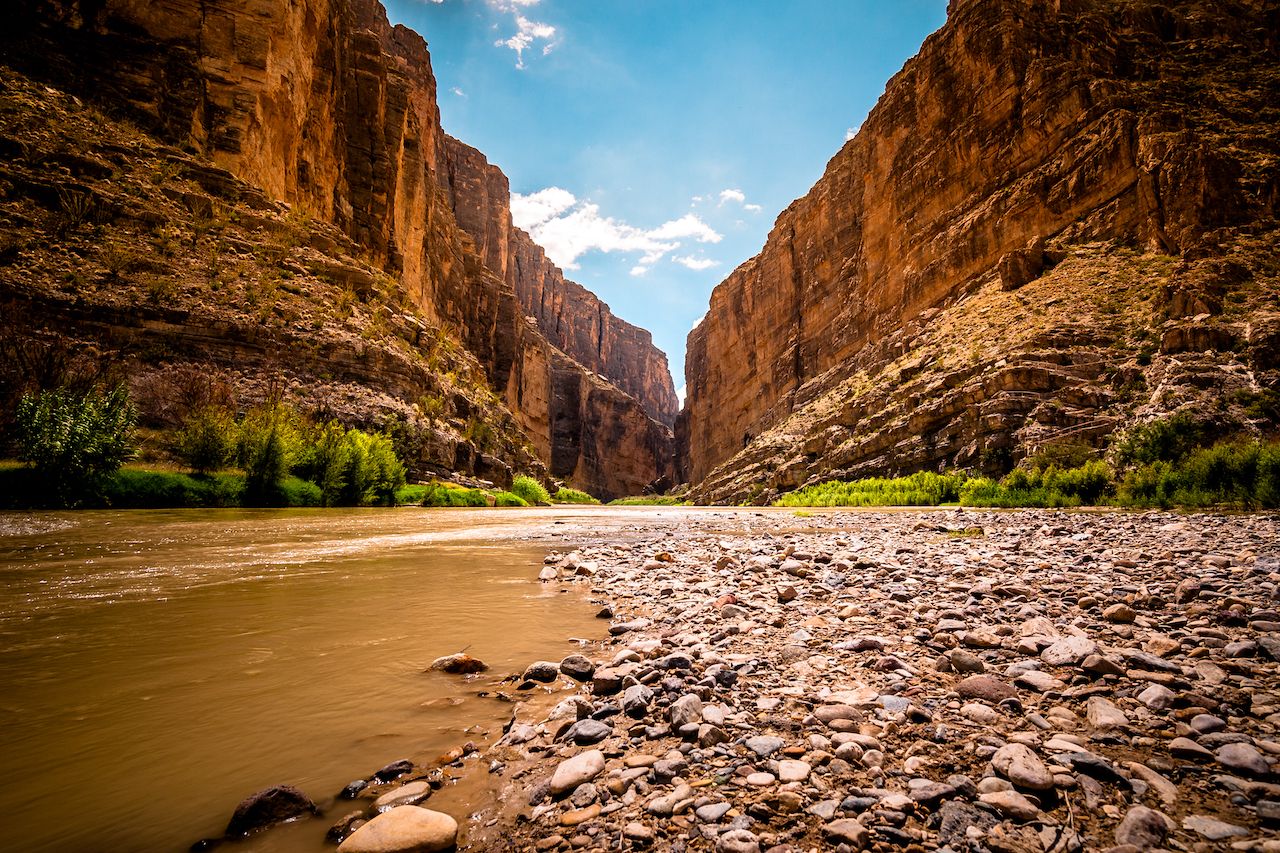 Santa Elena Canyon is one of the most popular spots in Big Bend National Park — you can hike above the Rio Grande and/or paddle the river. There are 31 known species of snakes in the park, so you’ll probably never see me hiking there. 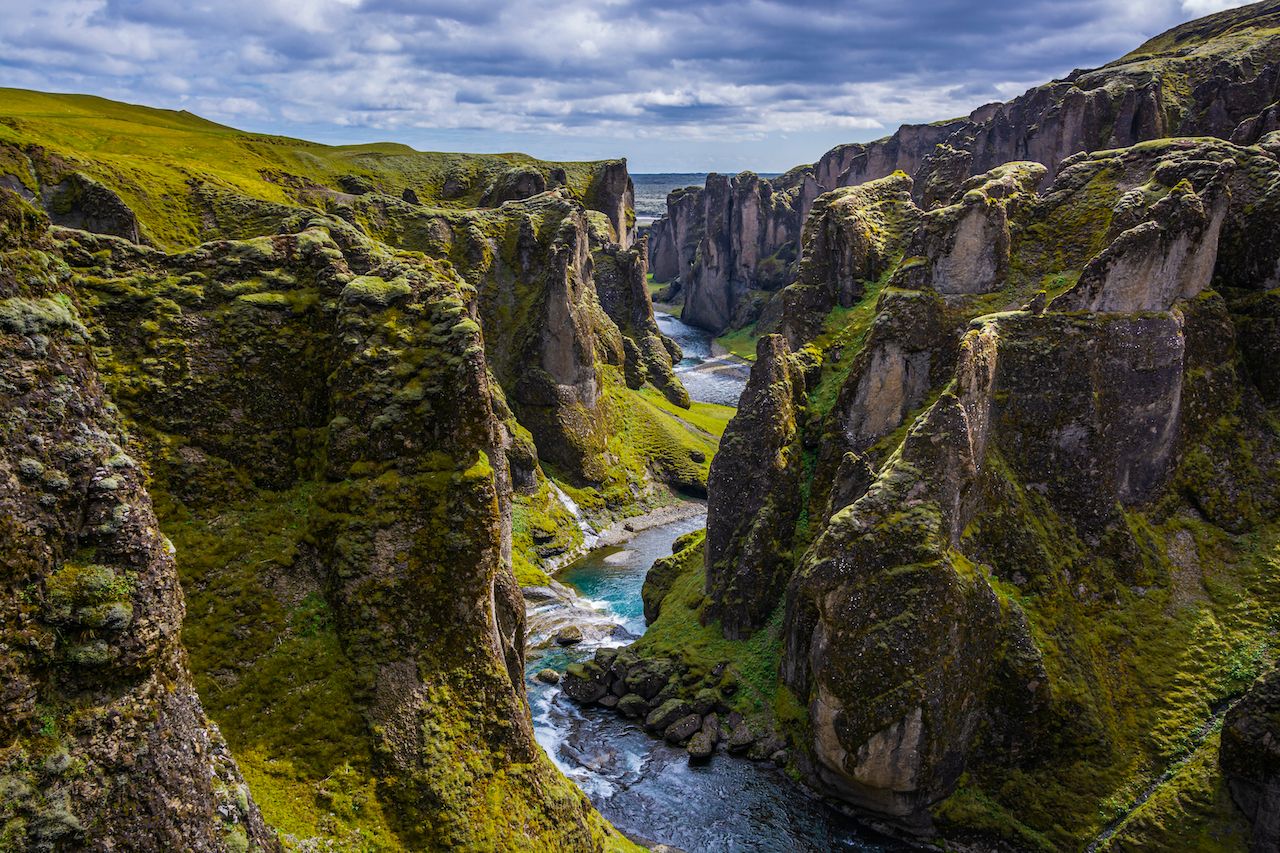 At 328 feet deep and just over 1 mile long, Fjaðrárgljúfur isn’t a huge canyon, but there’s a hiking trail along one rim that leads down to the base. The nearest landmark to the canyon is Heiðarsel, a deserted farm. 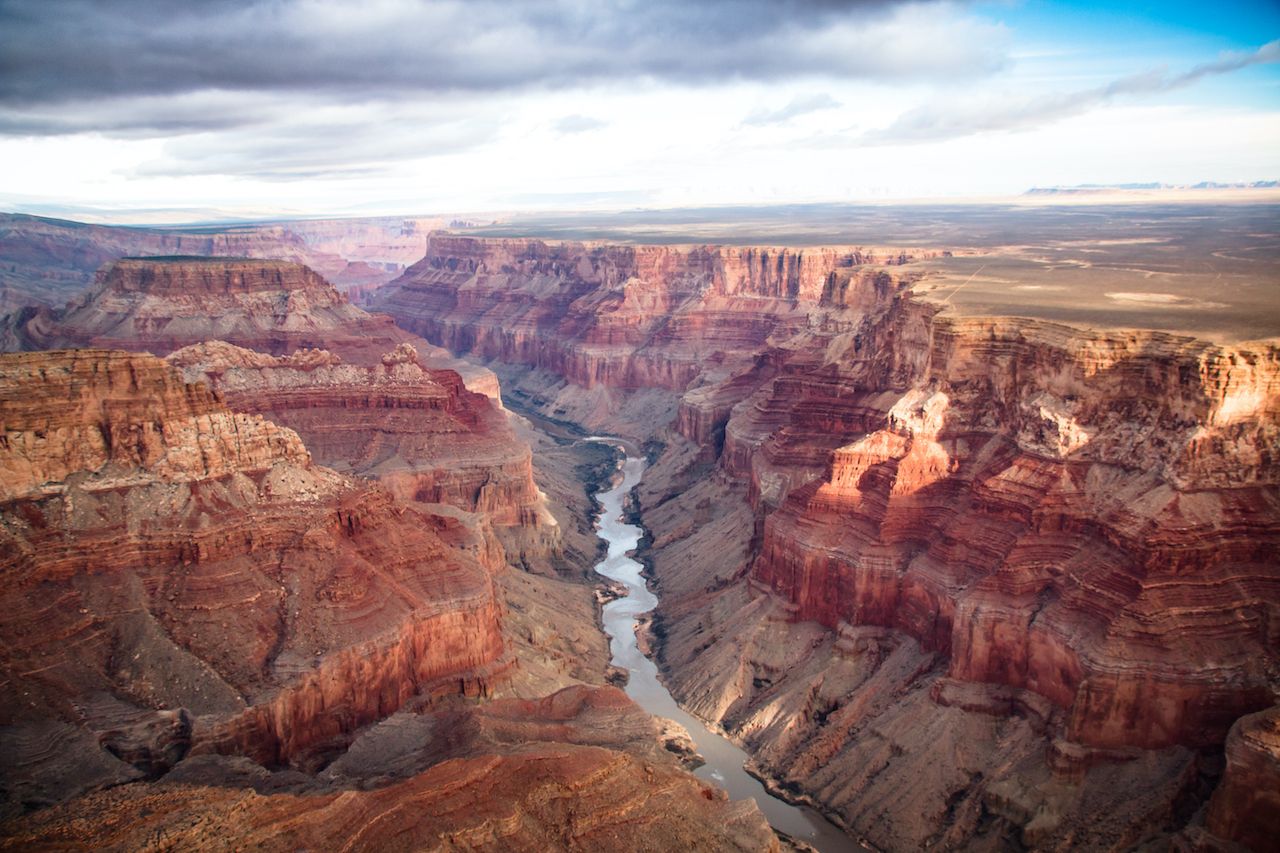 The Grand Canyon runs 277 miles long, up to 6,000 feet deep, and 18 miles wide. It’s the largest (longest) canyon in the world. Theodore Roosevelt established the Grand Canyon Game Preserve in November 1906, and it became a national park in 1919. 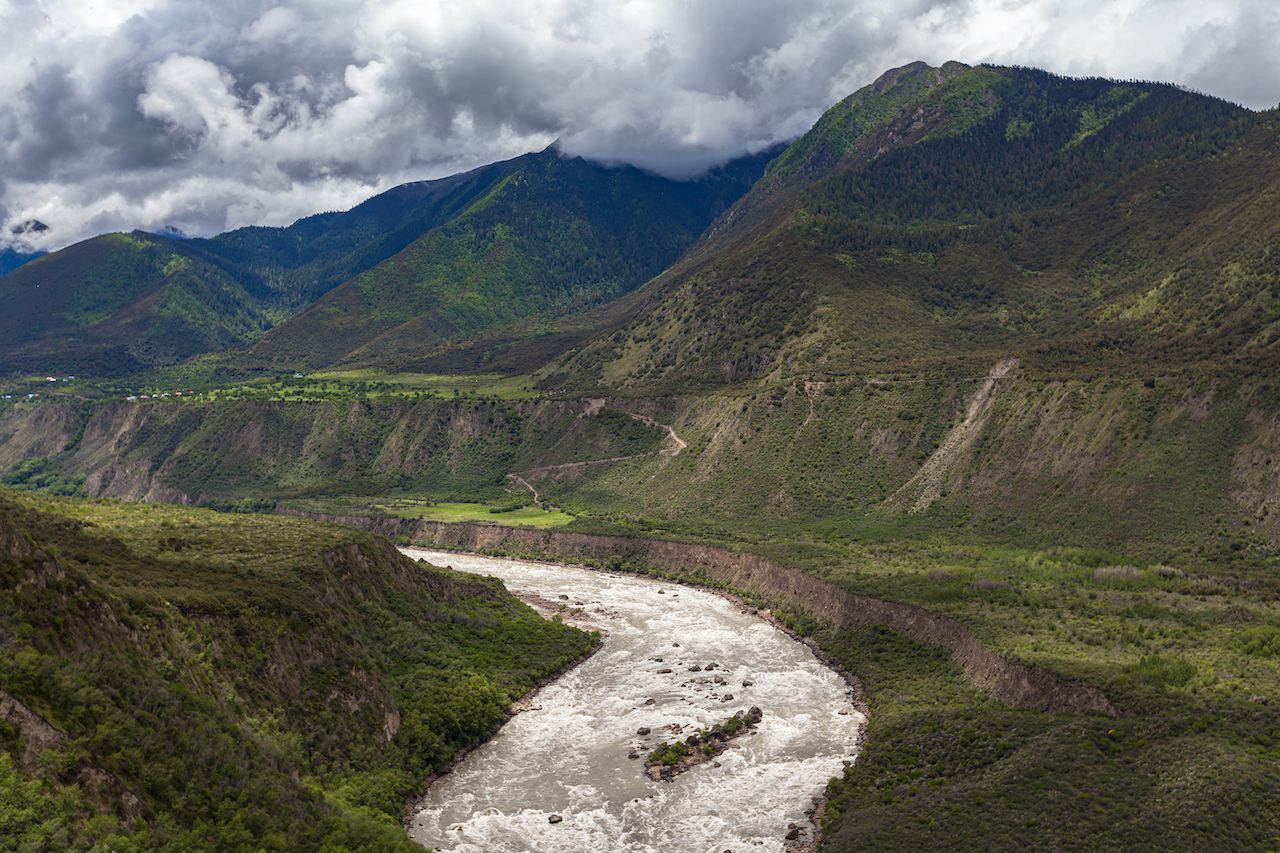 The Yarlung Zangbo Grand Canyon is also considered by some the deepest in the world. It’s most extreme depth is 19,714 feet. Hydropower lobby groups who’d like to harness the power of the Yarlung Zangbo River were disappointed this year when the Chinese government earmarked money to develop the area for tourism. 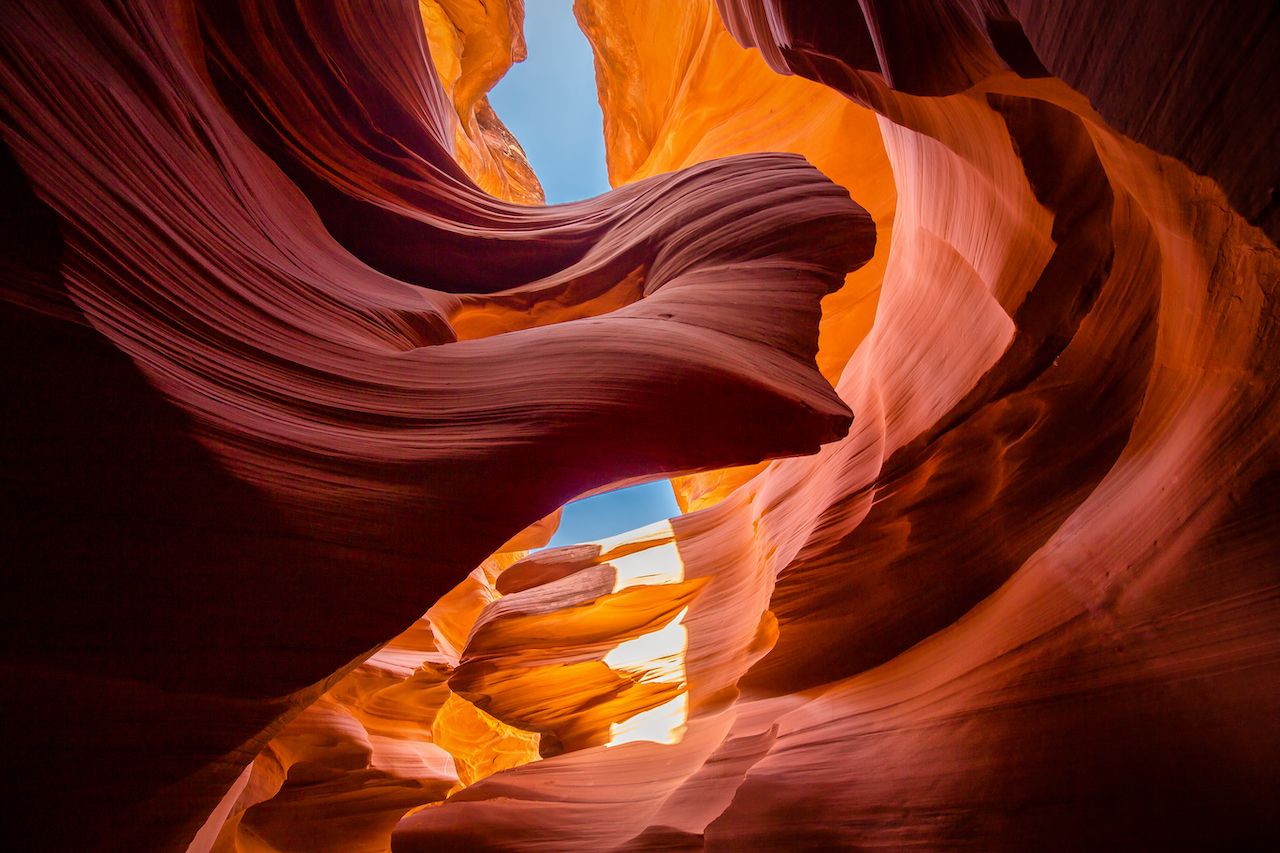 Antelope Canyon is on Navajo Land near Page, Arizona. It can only be visited with a permit and a guide from the Navajo Nation. It’s one of the most photographed slot canyons in the US. 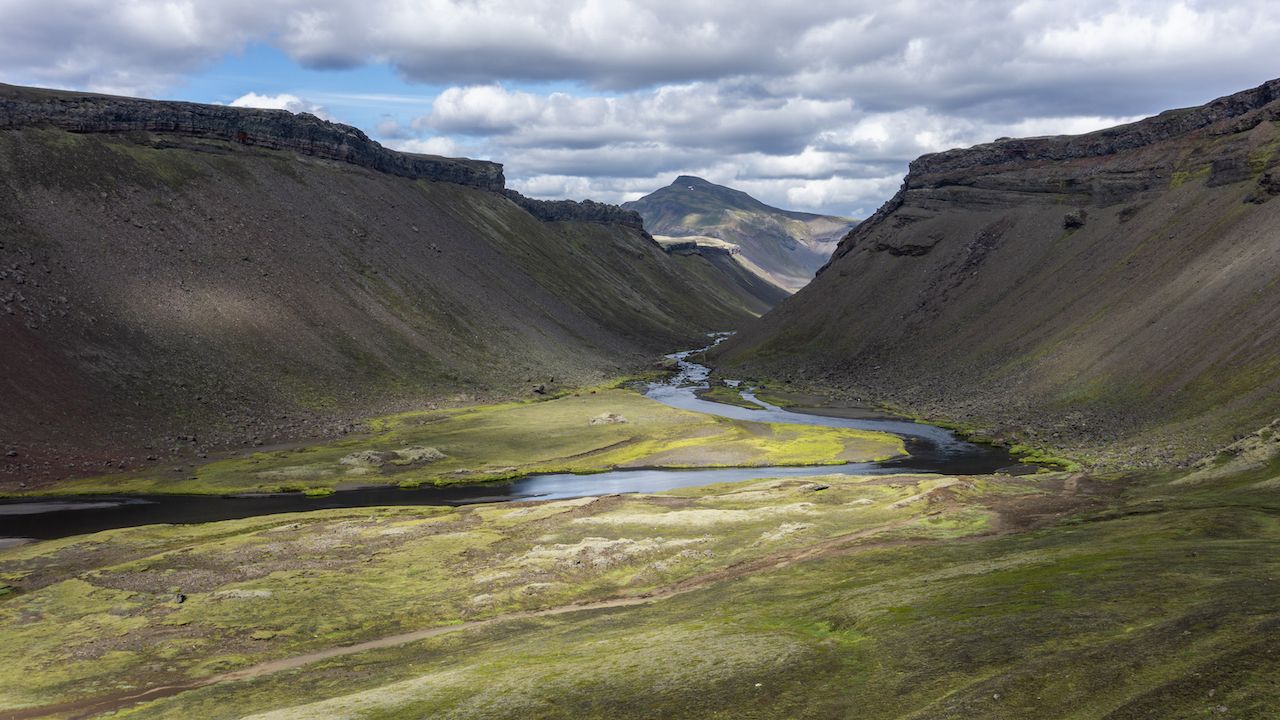 Eldja is called Fire Gorge because it’s a volcanic canyon. At 270 meters deep and 600 wide, it’s the largest such canyon in the world. 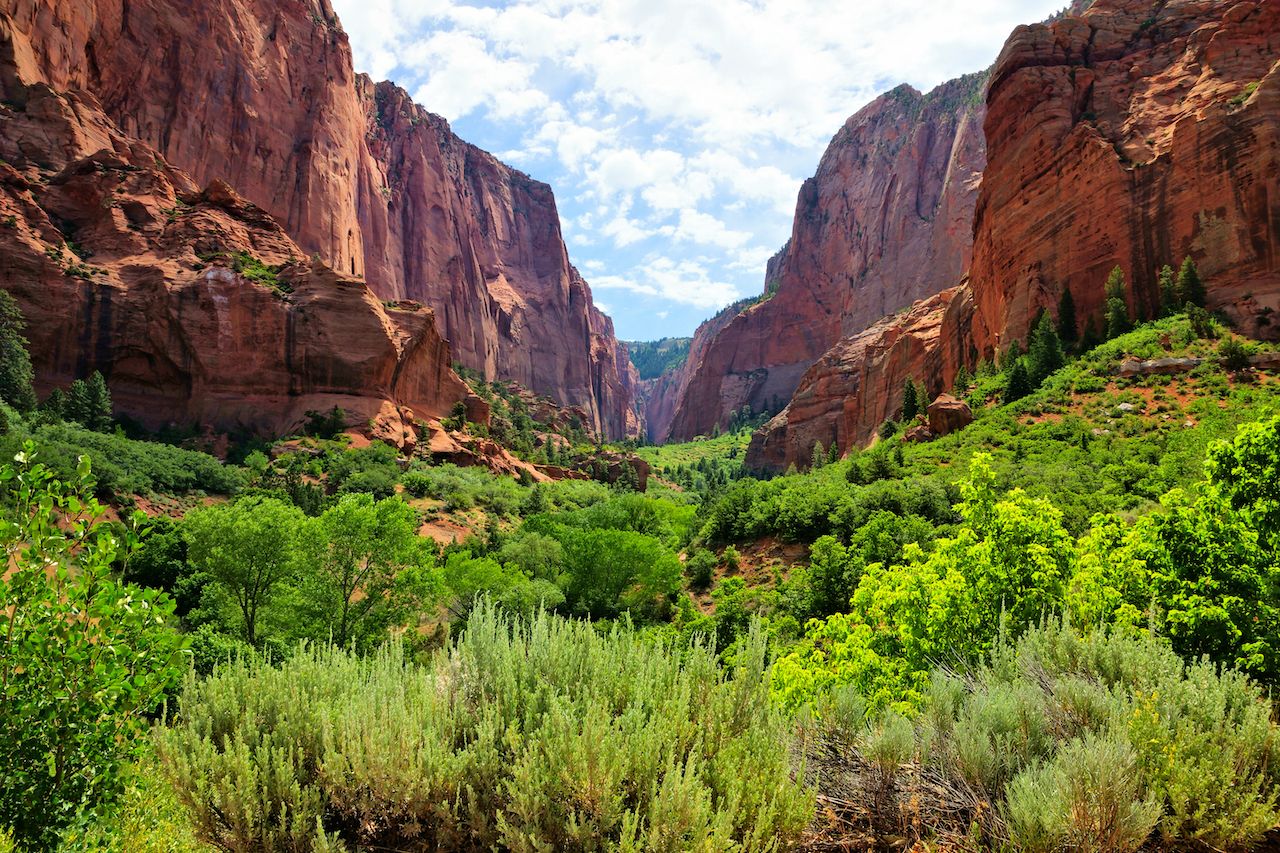 Zion is home to the world’s largest arch: Kolob Arch, with a span of 310 feet. Wildlife you can see there includes golden eagles, mule deer, and mountain lions. 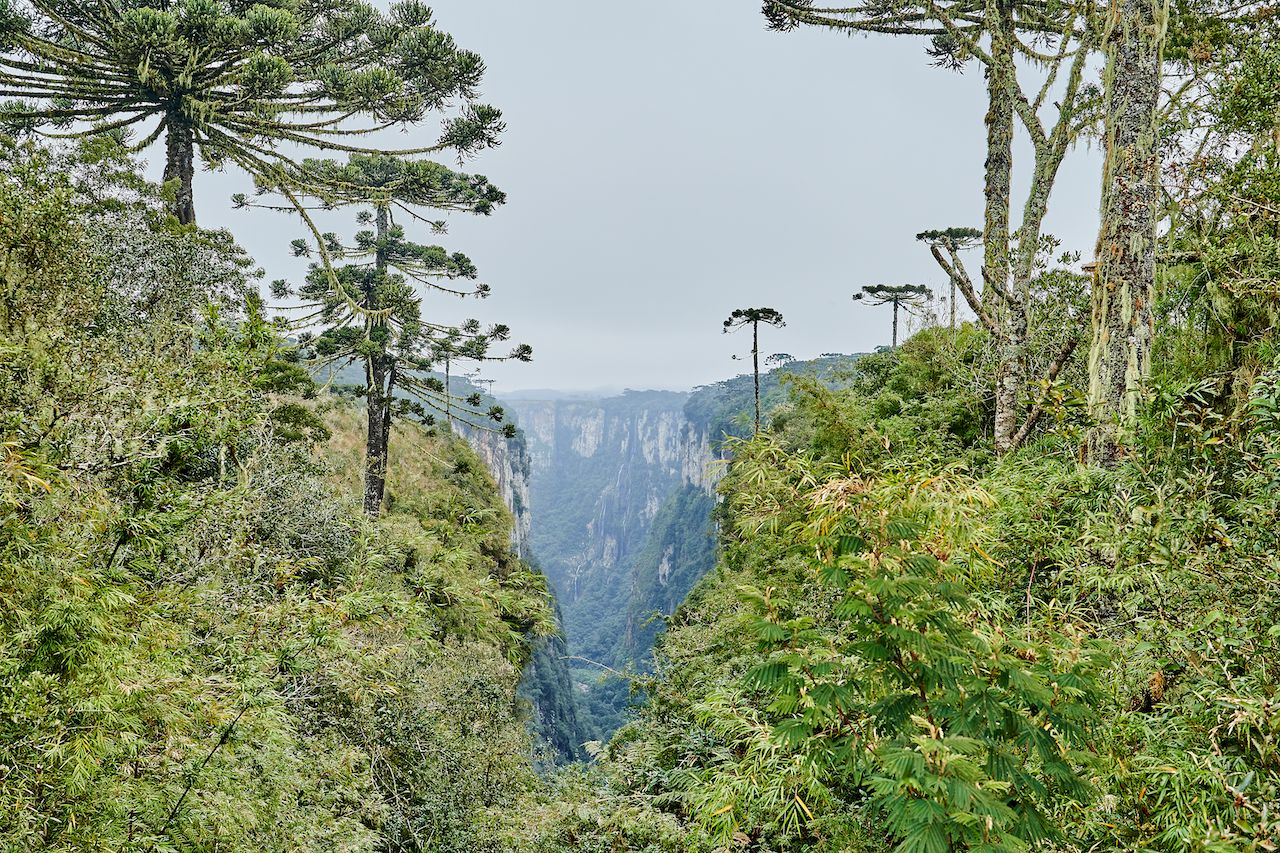 Located in Aparados da Serra National Park, Itaimbezinho is 5.8 kilometers long and up to 2 kilometers wide and 700 meters deep. In the Tupi-Guarani language, “ita” means “stone” and “aimbe” means “cut.” 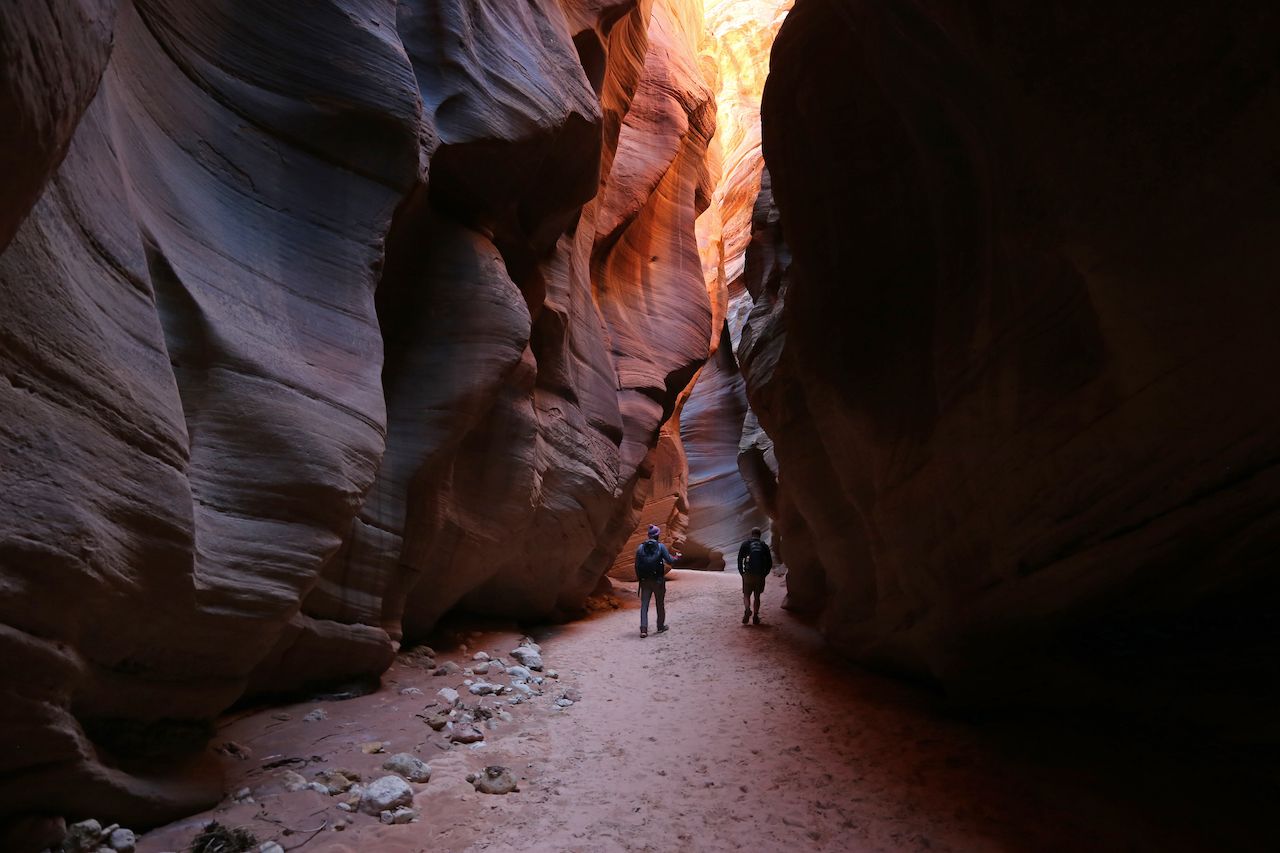 Also located in the Paria Canyon-Vermilion Cliffs Wilderness Area, Buckskin Gulch is the deepest slot canyon (narrow canyon) in the Southwest US. Permits are required for day hiking and backpacking overnight. Because only 20 overnight permits are issued each day, they’re often booked months in advance. 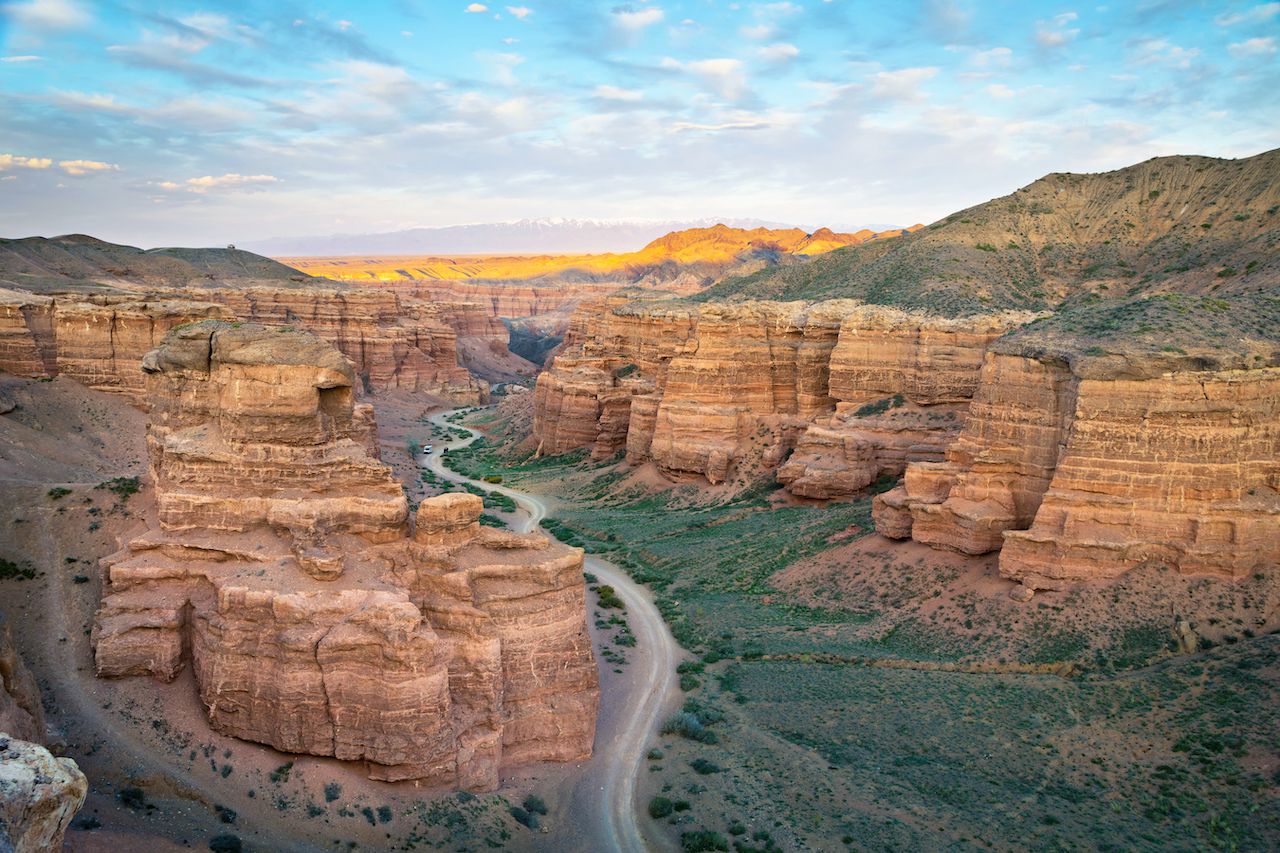 Close to the Chinese border, Charyn Canyon reaches depths of up to 300 meters. Like many of the canyons on this list, it’s inside a national park. Charyn National Park is one of the newest, created in 2004. 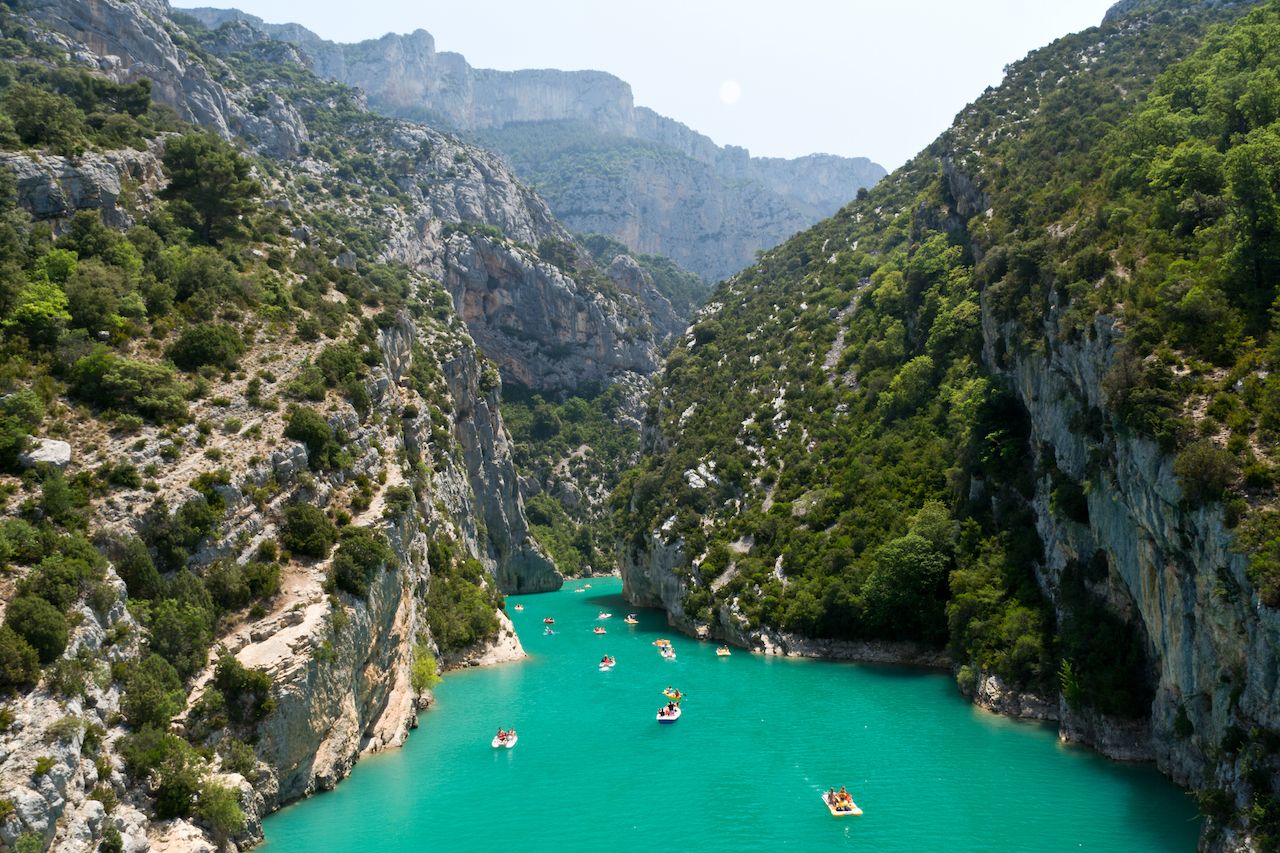 25 kilometers long and 700 meters at its deepest, the Gorge du Verdon is named for the turquoise river that runs through it. Tourists from the nearby French Riviera can kayak, hike, or rock climb some of Verdon’s multi-pitch routes. 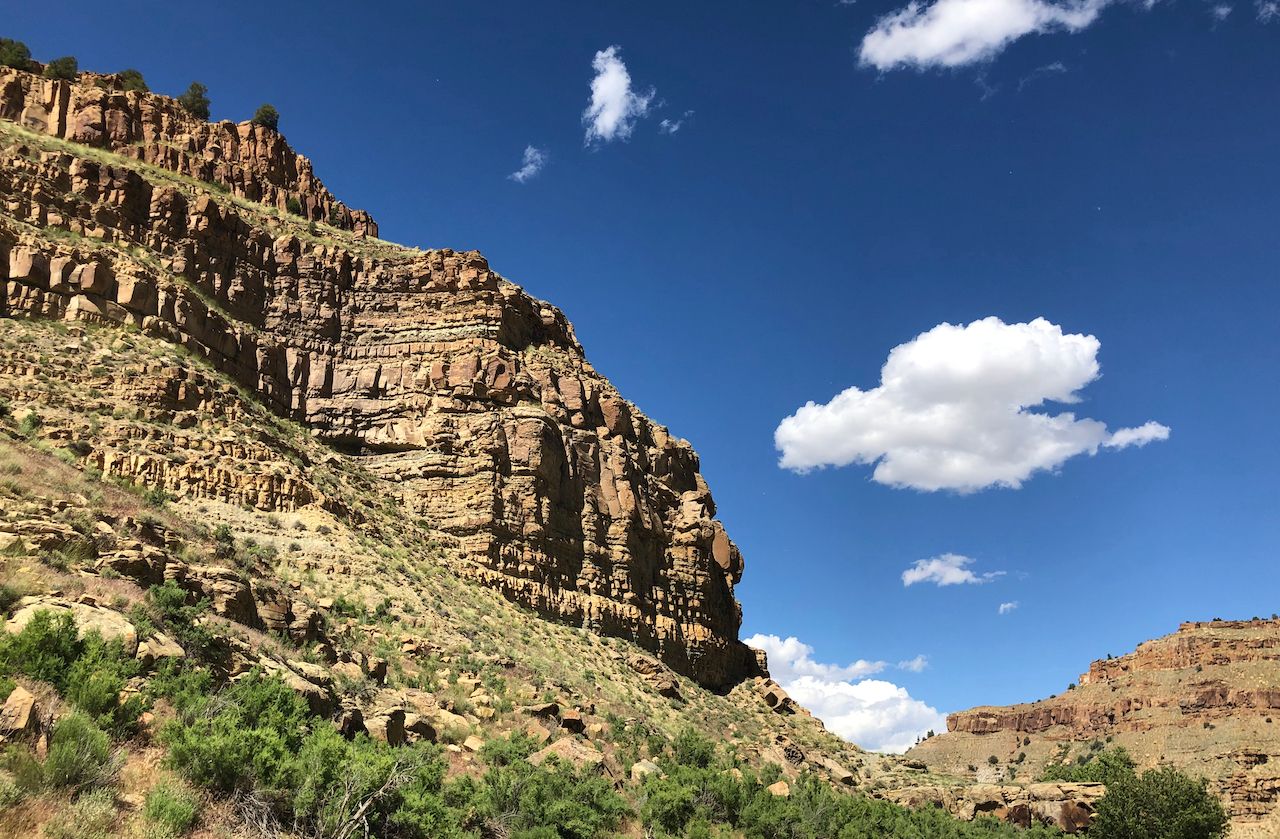 Nine Mile Canyon is actually 40 miles long — it’s named for a creek that runs through it. The canyon has over 1,000 rock art sites containing 10,000 images. In more recent history, fur trappers, ranchers, and now natural gas developers have occupied the land in Nine Mile Canyon. 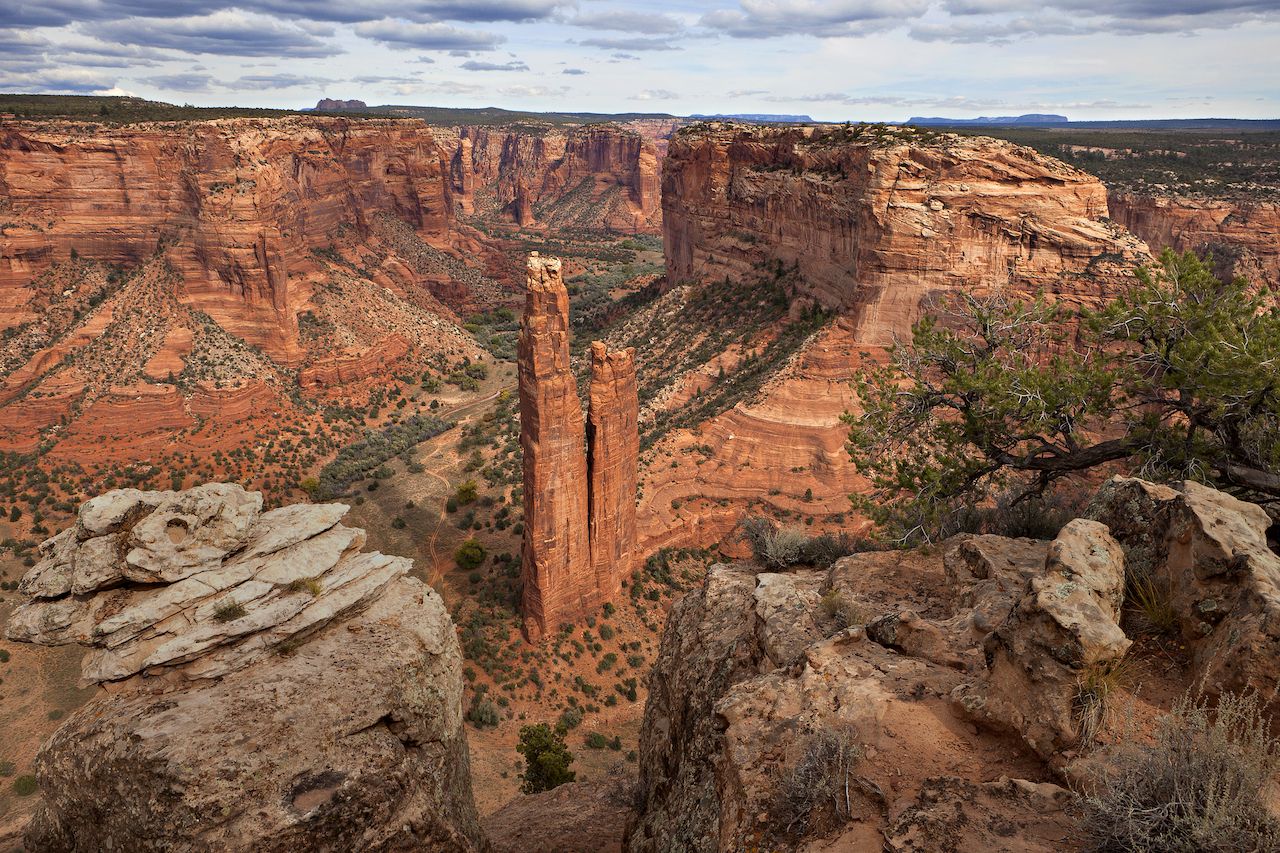 This canyon has been inhabited for around 5,000 years and is the longest uninterrupted stretch on the Colorado Plateau. It became a National Monument in 1931 and sits within the boundaries of the Navajo Nation. 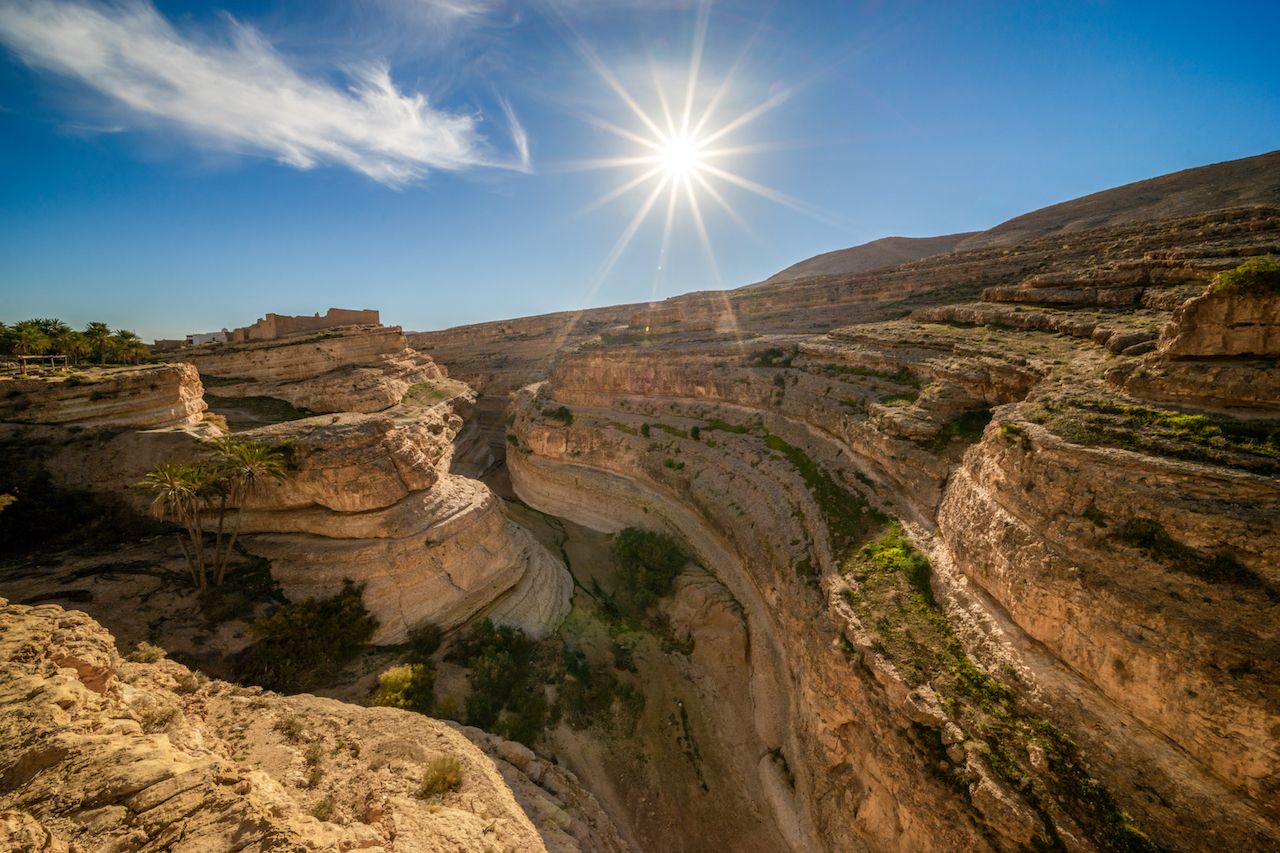 Mides Canyon might look familiar if you’ve recently seen The English Patient (they filmed the desert scenes there). The Tunisian canyon system covers over 5,000 square kilometers. 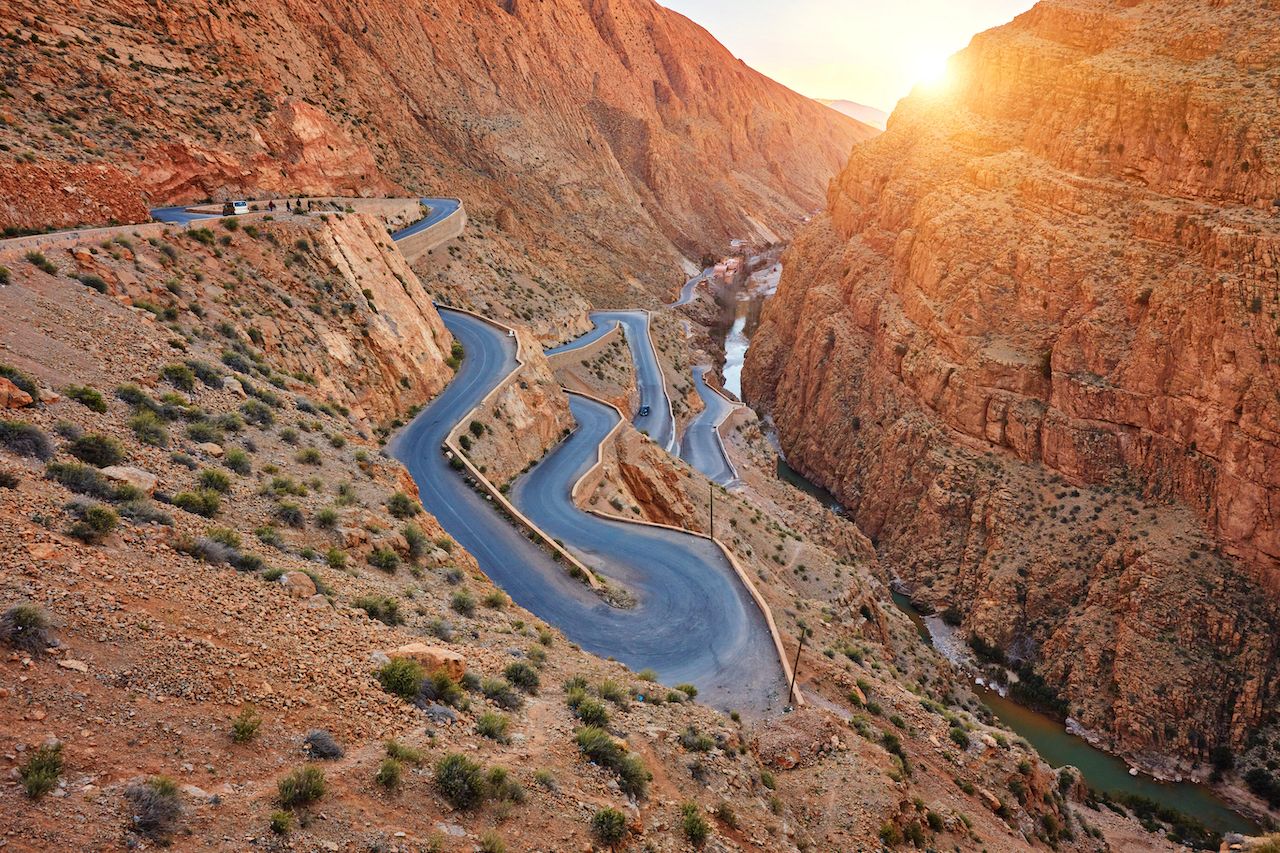 Located between the Atlas Mountains and Anti-Atlas range, the gorge valley is home to many Berber villages. The Berbers — an indigenous ethnic group of North Africa — originally settled the area for defensive reasons.