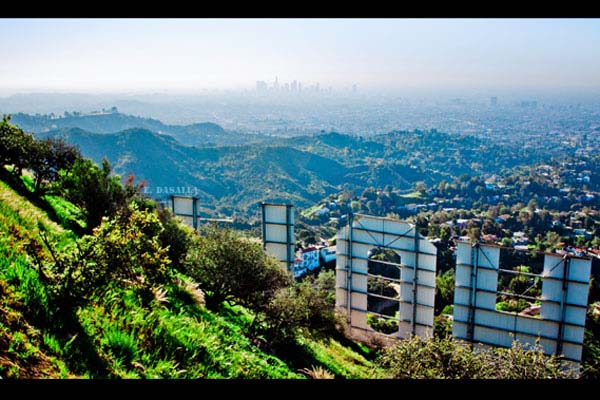 Eman Ramos lays out his hometown’s avoidable attractions…and what you should do instead.

I know, that’s crazy talk. But consider this: For a family of four to visit The Magic Kingdom for a day, they’ll need to shell out…$268. $268! And that’s not even including California Adventure.

Figure in parking, food, and a pair of Mickey Mouse ears, and you’re dropping some serious dough in 12 hours.

Do… visit The Getty

Consider taking in some culture in LA. The Getty Center is located near the well-to-do area of Brentwood.

Although parking will set you back $15, admission is FREE. The exhibitions are always interesting, and there’s a garden outside the buildings where kids can run around. 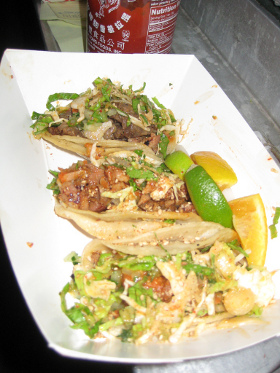 2. Don’t… get Kogi tacos from their trucks

Kogi is the big thing in these parts. Take Korean BBQ, put it in a tortilla, add some special sauce and some cabbage, and you have the it-food of the moment.

That said, if you follow the Twitter feed and find one of these trucks, you’ll have to wait. In my case, two hours.

Do… order at the Alibi Room

The Alibi Room is a cozy, nondescript bar on the edge of Culver City. It’s the only place to get Kogi tacos outside of their trucks.

The wait is minimal, and you can pair your spicy pork burrito with a wide selection of microbrews.

There are over 200 hiking trails in Southern California. Each offers a gorgeous (though sometimes smoggy) view of the L.A. skyline.

Runyon Canyon, located off the Hollywood Hills, will give you a nice view. But the trail smells like dog shit and is well frequented by chatty locals — no solitude here.

To prepare for the Inca Trail in Peru, I hiked the Manker Flats Loop. This trail is located more than an hour’s drive east of LA. 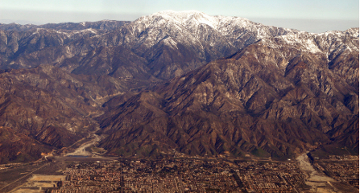 You climb up to Mt. Baldy’s peak, which at over 10,000ft. is the highest point near the city. On your way down, you get to traverse a precarious stretch called Devil’s Backbone.

Instead of hiking all the way down, I rode a rickety ski lift with no seat belts. I almost lost my hat. The ride is recommended.

4. Don’t… go to Hollywood and Highland

It’s crowded, lined with cheap souvenir shops, and filled with crazies dressed in super-hero costumes, mugging for photos and harassing for tips.

This is no way to see Hollywood.

Do… catch a concert at the Hollywood Bowl

When summer begins, so does Hollywood Bowl season. The Bowl puts on concerts covering a wide array of genres (classical, jazz, worldbeat).

I like to get a group of friends, get cheap tickets in the back for $15 each, pack a picnic basket and a bottle of wine, and enjoy Mozart as the sun sets.

If you end up on Hollywood Boulevard, you’ll come across a man trying to sell you a Movie Stars Home Tour. Accept his offer and you’ll ride in an air-conditioned bus through Beverly Hills and see the mansion where Nicholas Cage lived…back in 2001.

Unless you’re into well-manicured lawns, this is a waste of money. 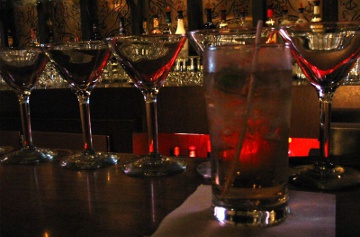 Do… put together a self-guided on-location tour

Your favorite movie probably features a location in So Cal.

For Swingers, check out The Dresden, where Marty and Elaine still perform nightly. For (500) Days of Summer, hunt Tom and Summer’s bench in Pershing Square.

Restaurant Row is a stretch of La Cienega Boulevard in Beverly Hills. Along this street lie numerous fine-dining establishments, frequented by celebrities and entertainment moguls.

Great for autographs, but if you want a meal? Start saving now.

Do… eat a taco…from a truck

These trucks have been a part of the LA scene for years, and their tacos go for as little as a dollar each. My favorites are La Estrella Tacos in Highland Park, and El Korita near Downtown.

7. Don’t… ask where South Central is

Yes, Boyz ‘N the Hood was a great movie. But that was 1991. Say this to any Angelino and expect stares.

Do… grab a burger in SOUTH LA

When I found out South LA is home to several mom-and-pop burger joints, I had to give one a shot. I hit up Fresh and Meaty Burgers, near Crenshaw and Florence.

I had to pay the cashier through a sheet of bulletproof glass. The burger was meaty, greasy, and delicious. I’m going back. 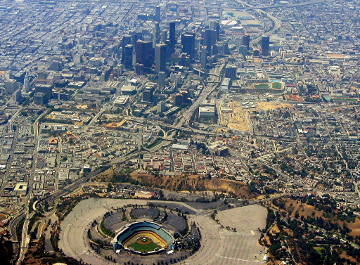 There isn’t much to do here. The most exciting thing I found was renting a golf cart and riding it through the residential areas.

Do… spend one Downtown

You can grab dim sum from Empress Pavilion in Chinatown, catch Mexican folk dancing on Olvera Street, tour the LA Central Public Library, double down a bowl of ramen from Daikokuya in Little Tokyo, and kick back with a few drinks at L.A. Live, all in one day.

I’ll always take that over riding a golf cart through someone’s backyard.

Get over to Nights for Top 10 Hipster Bars in Silver Lake, Los Angeles, and then check Change for Urban Volunteering: Los Angeles.