Sundance’s New Frontiers program is one the world’s most-unique spaces for multimedia storytelling. With so many remarkable pieces, compiling even a short list like this can be a challenge. Nonetheless, here are six projects at this year’s Sundance having a huge impact on the technology and media worlds. 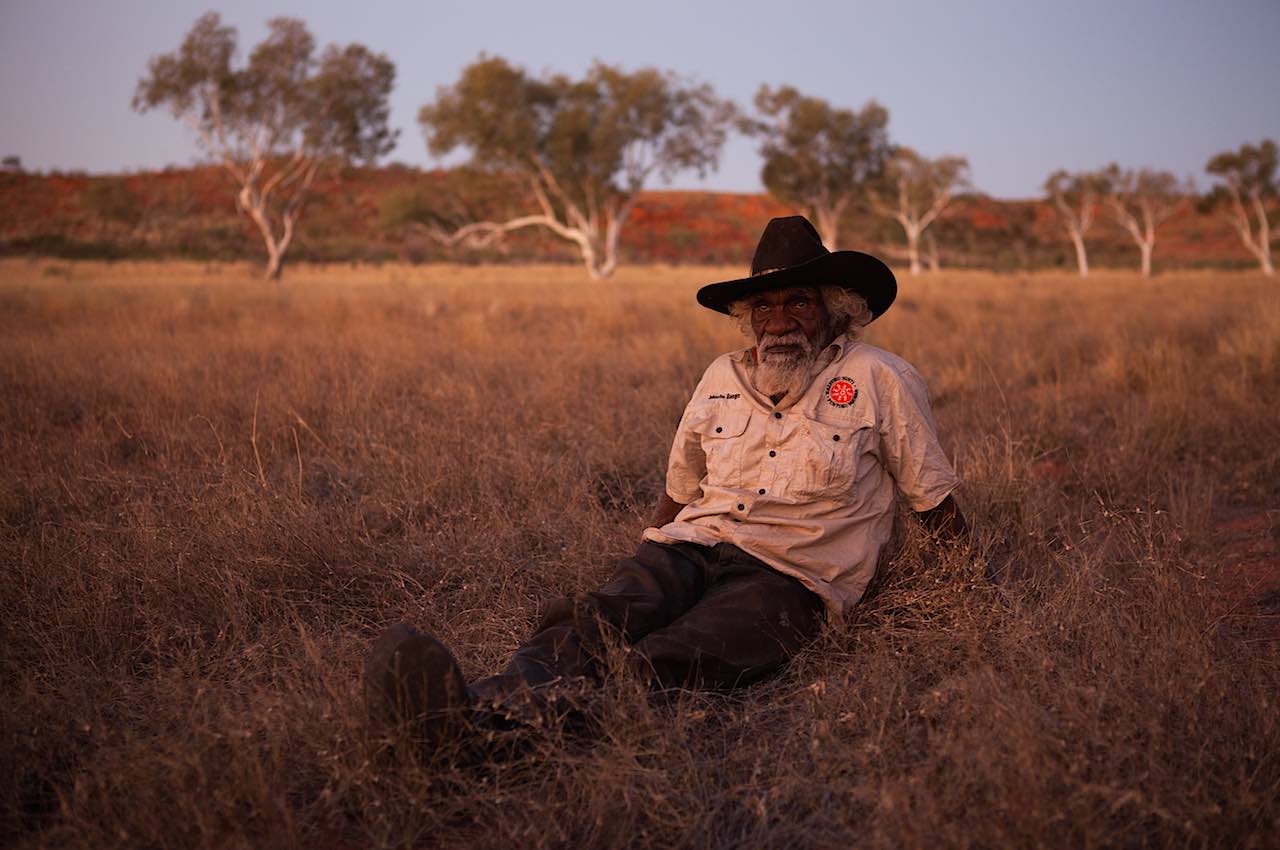 Until Australian filmmaker and artist Lynette Wallworth’s third project opened at Sundance 2016, no project had ever been simulcast — especially not at the World Economic Forum in Davos, Switzerland. But neither the simulcasting nor the virtual reality photography are the most important elements in Collisions; that would be its access to indigenous Australian leader Nyarri Morgan and the Martu tribe of Western Australia.

The Martu “lived largely untouched by Western culture” until the early 1960s, their first exposure to modern science and technology being in the form of atomic testing in the Pilbara desert. Wallworth’s genius is to take this extraordinary event and contextualize it through the eyes of the Martu by using the world’s most-immersive visual technology: VR headsets.

2. Perspective; Chapter 2: The Misdemeanor — created by Rose Troche and Morris May, Presented by the Dolby Institute and Specular Theory 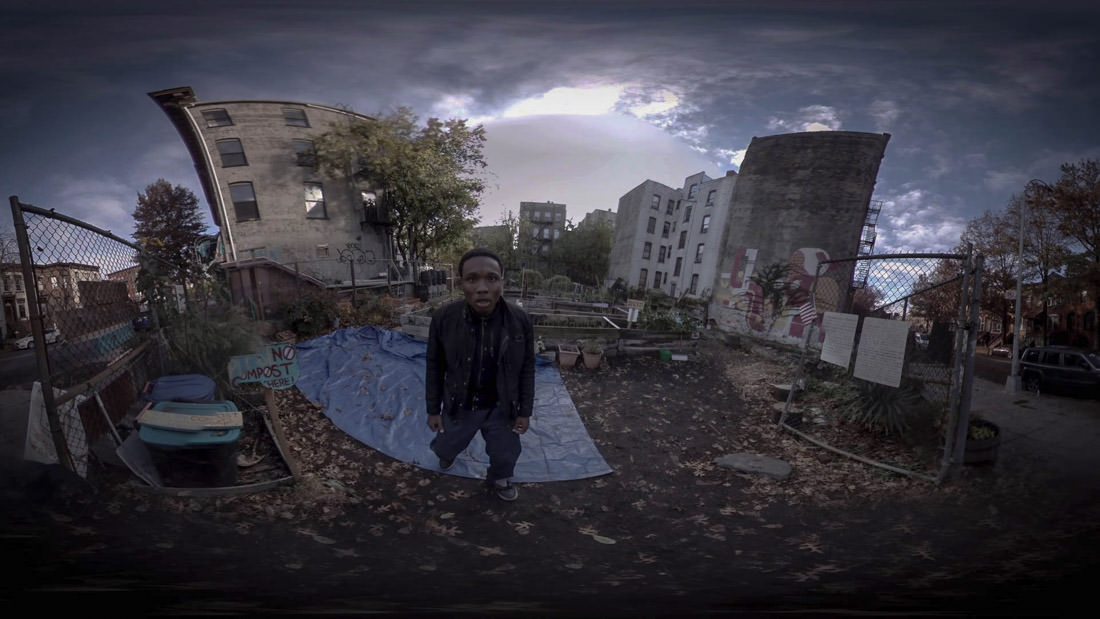 Last year, I interviewed indie-film legend Rose Troche and her collaborator, Morris May (the developer of Oscar-winning visual-effects technologies for Spider Man 2 and Happy Feet), about their installation Perspective; Chapter 1: The Party. Under virtual reality helmets in two separate rooms, viewers would experience a college campus rape — horrifyingly, as both the victim and the perpetrator.

The experience was so profoundly disturbing that May and Troche returned to Sundance this year with a second chapter, this time about two young men of color being stopped by New York City police officers. Part social-activist text, part groundbreaking visual technology, the Perspective series also incorporates live-action elements into an installation space. Truly, these are some of the complex and topical films being made in America.

3. Interrogation — created by Funny Or Die 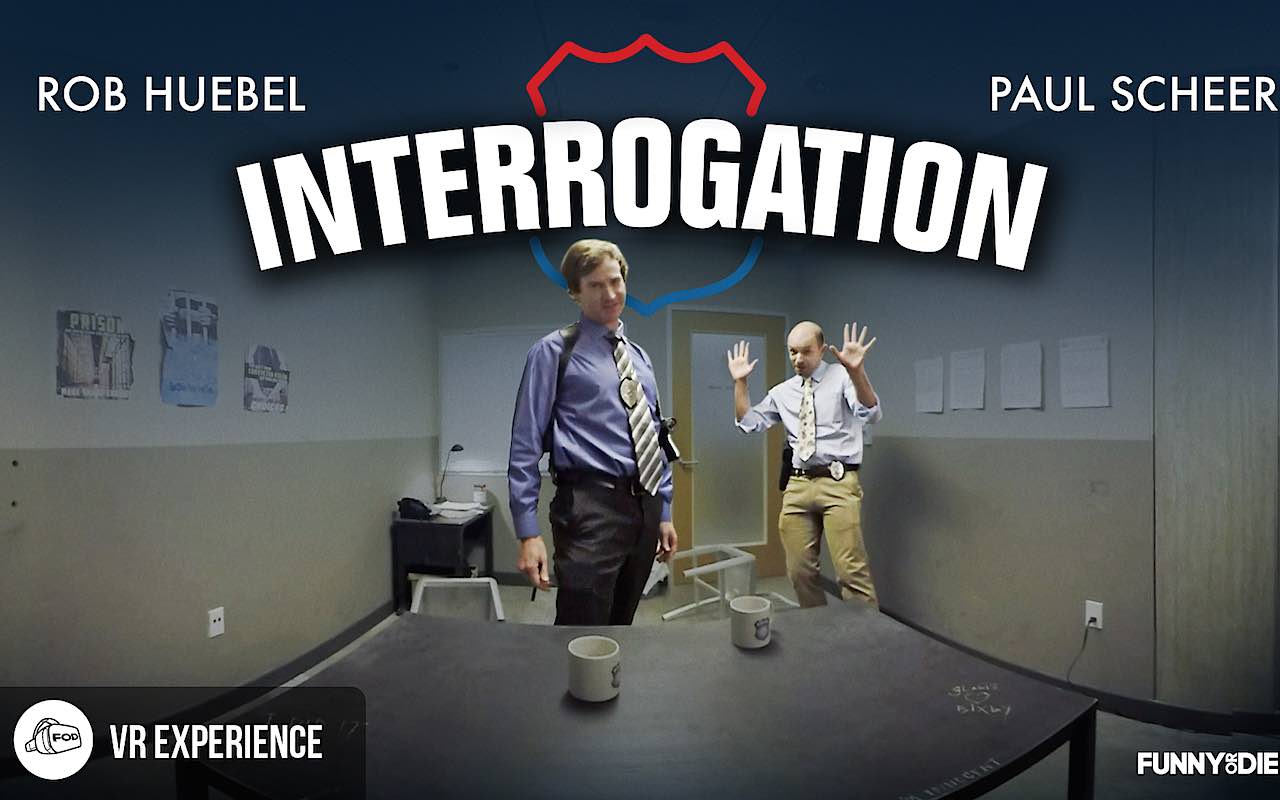 All of my favorite things come together in the first virtual-reality short from Funny Or Die (yes, that F.O.D): starring roles for two excellent comedians, Paul Scheer and Rob Huebel, a script by Drunk History’s Allan MacLeod, and an unprecedented attempt at 360-degree storytelling.

Described as “blending the lines between sketch and reality,” the comedy short forces you to “get grilled” by the worst detectives in the business, a surefire premise with former Human Giant costars Scheer and Huebel on deck. Interrogation marks a fine first project indeed for VR and doofy comedy to permanently converge.

4. The Treachery of Sanctuary — created by Chris Milk, Presented by Vrse.works 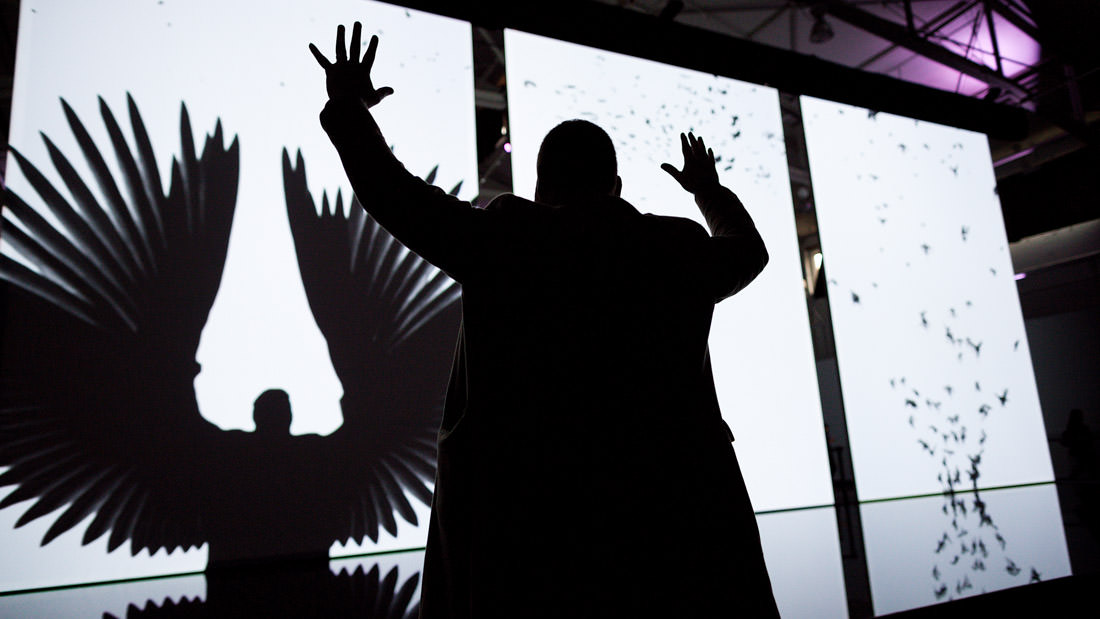 Picture this: three 30-foot-high white panel frames suspended from the ceiling; on each, digitally-projected shadows roil around a shallow three-dimensional reflecting pool; and on the far side of the panels, dozens of viewers sitting on the floor. The word “genius” gets thrown around a lot, but the designer of Sundance’ largest and most immersive installation, Chris Milk, is also the co-founder (with technologist Aaron Koblin) of Vrse and Vrse.works, one of the world’s leading virtual reality companies — so, yes, he’s a genius.

With Treachery of Sanctuary, Milk applied his significant creative gifts to “a story of birth, death, and transfiguration” that’s nothing so much as a technophile’s wet dream mixed into a cinephile’s birthday gift. This spiritual triptych promises to propel Vrse’s fame in the layperson’s everyday use of apps, films, and visual learning. 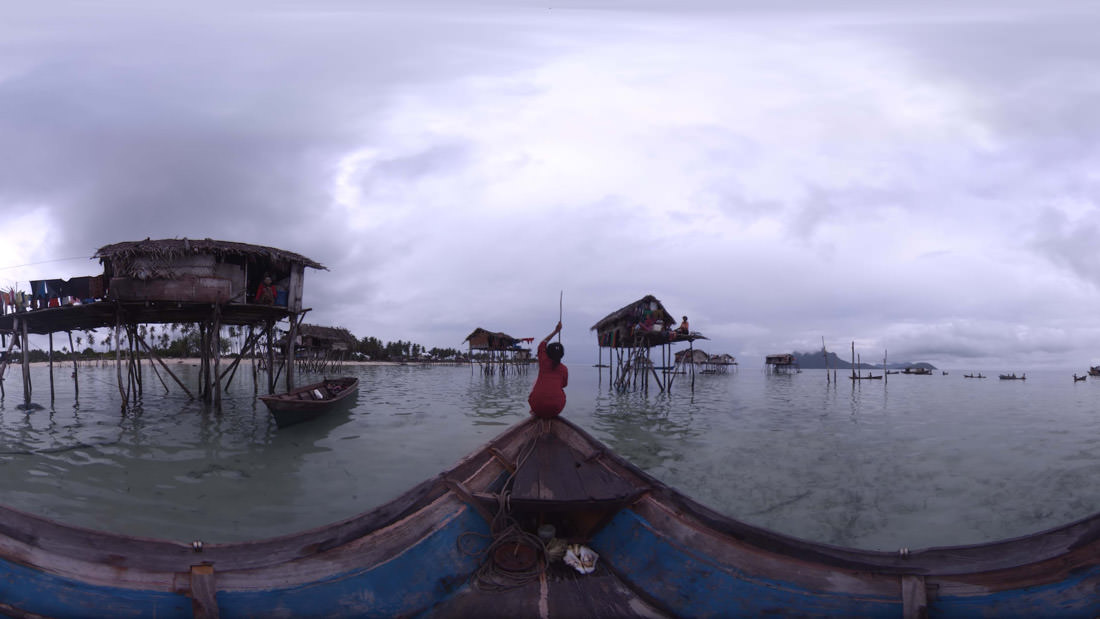 Perhaps no VR technologies have had as wide a berth in the public eye as those developed by Felix & Paul Studios: their work has been experienced by President Bill Clinton, LeBron James, and actor/rapper Common, among others. So it is stunning that the studios’ cofounders continue to utilize the instruments at their disposal to anthropologize and explore remote cultures.

At their Sundance debut last year, the filmmakers tracked traveling sheep herders from outer Mongolia; likewise, Felix and Paul have two projects at New Frontiers devoted to nomadic populations, the “Maasai” and “Sea Gypsies.” Separating them from the other projects on this list is the fact that their studio holds the largest virtual reality contract in history with the Oculus company. Someday soon, the larger world may get to experience these mind-blowing installations.

6. 6×9: An Immersive Experience of Solitary Confinement — created by Francesca Panetta and Lindsay Poulton 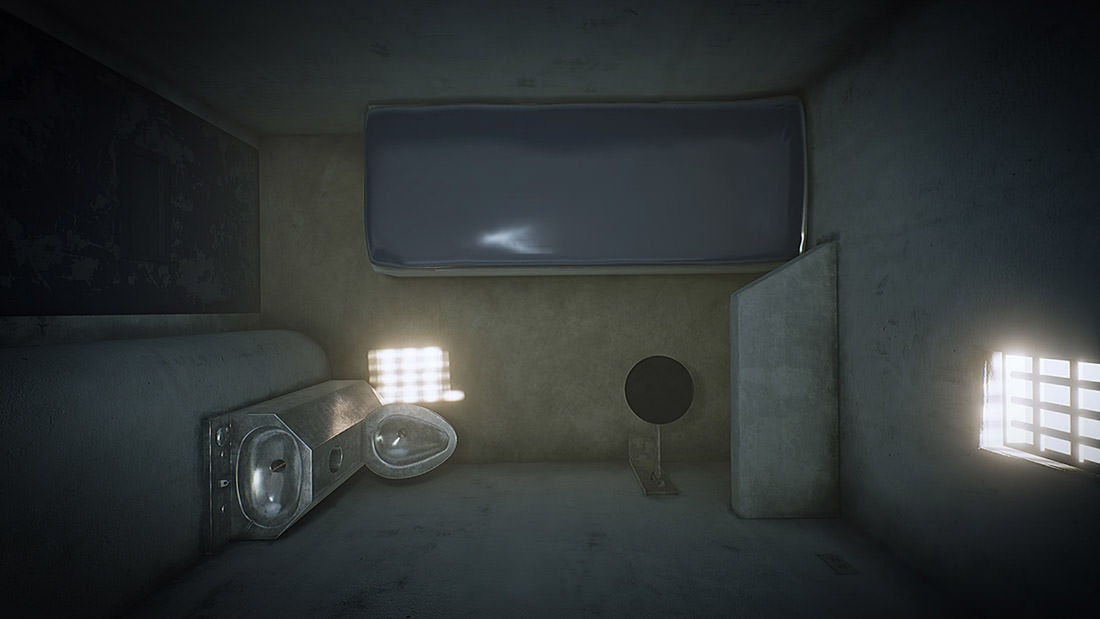 I have never considered myself claustrophobic until experiencing Francesca Panetta and Lindsay Poulton’s Chicken & Egg Pictures-produced VR project, 6×9. Those numbers are of course the measurements for the cells in which high-security prisoners are held; and the technology used to simulate that experience adheres to those measurements beautifully.

The result, though, is a haunting and humbling critique — through extremely sophisticated technology, no less — of the Western prison industry, the privatization of criminal justice, and the abuses of human rights that happen every day in America. For Panetta and Poulton, collaborators in multiple media, 6×9 represents an intersection of political protest, artistic exploration, and legal argumentation; but for the world, it’s a technological breakthrough in the name of civil liberty.

Park City, Utah, Is the Best Ski Vacation for Non-Skiers