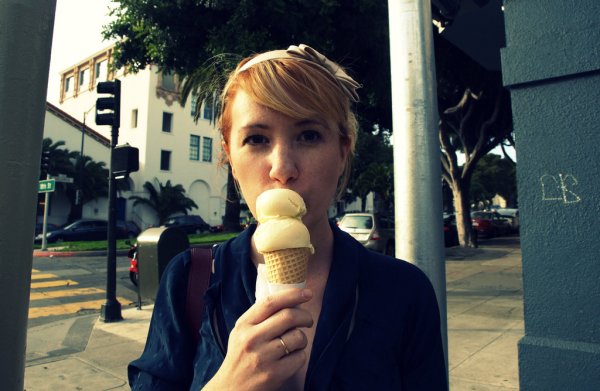 Not that you ever need an excuse to indulge in a scoop or two, but the third Sunday in July is National Ice Cream Day in the U.S. Here are some of the country’s top spots for a fix.

Since 1870, Graeter’s has churned out ice cream the old-fashioned way, using a spinning French pot. Its signature chip flavors, like black raspberry chip and peanut butter chip, are specked with its infamous mammoth chocolate chips.

Toscanini’s was declared “Best Ice Cream in the World” by The New York Times, and has won over a diverse array of fans, including Yo-Yo Ma and the Dalai Lama.

Those who enjoy sampling inventive flavors will appreciate its extensive selection, which features offerings such as pepper bourbon, black bottom, cardamom pistachio, and saffron. 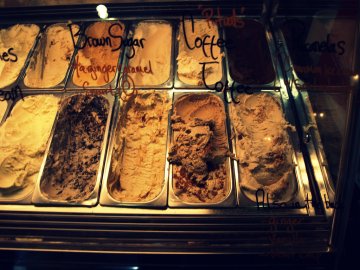 Bi-Rite Creamery specializes in whipping up batches of unique flavors with dairy from the nearby Straus Family Creamery.

Even the mix-ins are made in-house to ensure high quality.

Gordon F. McConnell came up with his ice cream recipes and production techniques while recovering from World War II injuries. After 60 years, the family-run parlor continues to make rich, dense ice cream from the finest ingredients, including cream from local dairies.

This list wouldn’t be complete without an entry from “America’s Dairyland.” All ice creams and waffle cones from Sibby’s Organic Zone Ice Cream Parlor are hand-crafted in owner Sue Sebion’s red barn, using only organic local ingredients (aside from the vanilla).

Sebion refers to the dessert as “the official planet peace food” because of its ability to overwhelm you with positive memories.

When New Yorkers are willing to walk across the Brooklyn Bridge and stand in line at a shop that sells fewer than 10 flavors, you know it’s got to be good.

Fans of the Brooklyn Ice Cream Factory think so, as its ice cream is made from the “finest, purest, natural ingredients,” and the view of Manhattan from its waterfront location adds a nice touch. 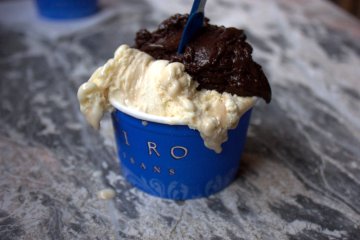 In addition to old favorites like stracciatella and pistachio, Capogiro serves up innovative flavors that change daily, such as lemon opal basil and green mango with chili.

Don’t be fooled by the name. This old-fashioned candy store/ice cream parlor is widely regarded for its homemade ice creams as well as its confectioneries.

Offering more than 50 varieties of sundaes, banana splits, ice cream sodas, and milkshakes, Margie’s has been a Chicago landmark since it opened in the 1920s. Over the years, it has attracted a diverse clientele, ranging from Al Capone to the Beatles.

What’s your favorite ice cream, and where do you go for a scoop? Get in the spirit of National Ice Cream Day by telling us in the comments!