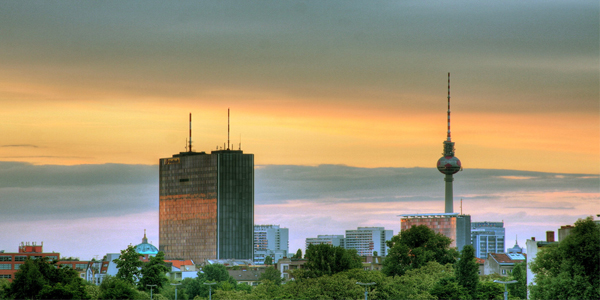 Feature photo by Gertrud K. Photo above by extranoise.

You don’t need a case full of Euros to enjoy Berlin.

Hold on to your hunger. Watch the lights change from red to green. The sun has begun to set. Graffiti adorned trains pass by. Gulp down that last drop of boxed wine and head over to the district of Kreuzberg.

Berlin is more than just an ever-changing city. This burgeoning metropolis seduces the senses, nurses the creative impulse and makes you yearn to unearth its many secrets. Berlin’s dark past has shaped Europe and the rest of the world, making it one of the most historically interesting cities to visit.

Berlin is also a budget paradise for students, artists and travelers. From free raves in the park to art shows in abandoned kindergartens, you don’t have to spend a lot of money to have the time of your life. 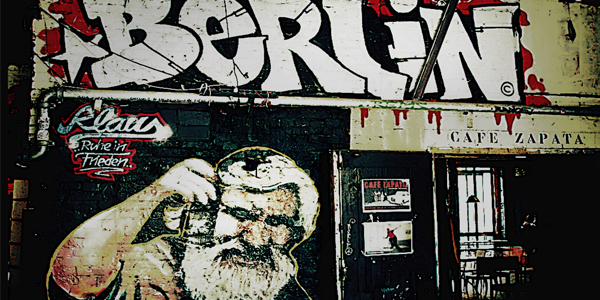 Things you can do for free

1) Be blown away by the ever-evolving pieces in the East Side Gallery.

2) The Reichstag, in all its glass-domed glory, is considered to be one of the city’s most significant landmarks. The entrance to this location is free but often crowded with tourists. You can avoid the crowd if you head here on Sunday or mid-week evenings.

3) Sit on one of the giant swings located atop one of the hills Mauer Park during sunset with a carton of wine (.80 Euro cents) and good company.

4) Head over to the the Volkspark in Friedrichshain on Sundays and you’ll often find yourself in the midst of a raging rave.

5) Get lost in the maze of the Memorial to the Murdered Jews of Europe site. It’s best go here during the evenings, where the glow of the TV Tower (Fernsehturm) will light the way.

The beauty of this historically scarred city is that it entices you to look beyond the beaten down facades or the graffiti strewn walls to find the hidden gems of the city. In Berlin, anything is possible at any given moment and for any given budget. 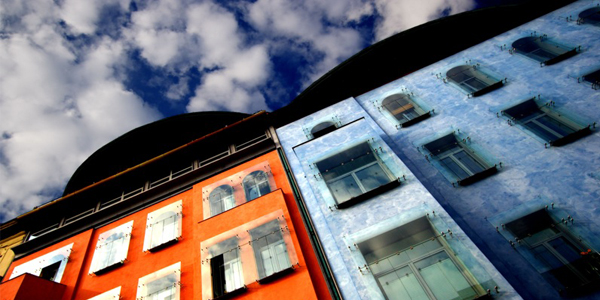 You’ll always find people eager to not only let you surf their couch, but also show you the best of Berlin. Join the Berlin Couchsurfing group, post questions, or find someone to hang out with for the day.

Numerous budget hostels in Berlin range from 10 to 20. Fun and lively hostels that won’t drain your savings are: The Circus Hostel, Citystay Hostel and the Heart of Gold Hostel. If “dirt-cheap prices” are all you care about then the seedy and rowdy scene at the A&O Hostel is where you want to go.

Mitte
One of the favored (and overpriced) areas for tourists, Mitte is divided into the the affluent locals in the Friedrichstrasse and Unter den Linden section whilst the younger, student crowd is situated towards the north.

Prenzlauer Berg
Prenzlauer Berg at the northern section of Mitte, is known for the “BoBo’s” (Bourgeoisie Bohemians) and is becoming one of the city’s favored districts for expats, artists, and young families.

Friedrichshain
Initially founded as a workers’ district in the 1920s, Friedrichshain is now known as the place for avant-garde culture, beatniks and fashionistas.

Kreuzberg
Considered to be the non-conformist centre of the city, Kreuzberg is a melting pot of artistic, multi-cultural folk, with strong left political sentiments. 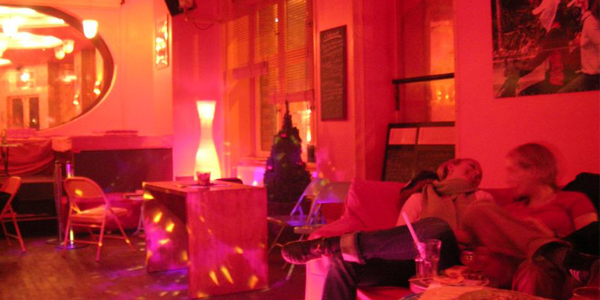 Berlin nightlife is truly unique. Locals make it their mission to come up with bizarre events, from kooky ping-pong bars to secret raves (known as Geheimtip).

This grungy bar is reminiscent of underage parties in your grandmother’s basement. The ping-pong table sees a lot of action.

“Döner Parties” are the most popular underground way to enjoy the night. The location is constantly changing, but if you see a long line of people waiting by the Döner shop, it’s often not only because they make a wonderful Durum.

Usually held at the back or in the basement of these popular shops areDJ’s spinning. The most common locations have been in Kreuzberg’s “Baghdad” (U8 Schlesistor Station) and Friedrichshain’s “Oktagon” (S-Bahn Warschauer Str.) Döner shops. A great way to get the inside track is to ask the Berlin hipsters about “Sexy Doner” and they’ll often happily direct you to this unique, albeit quirky, activity. 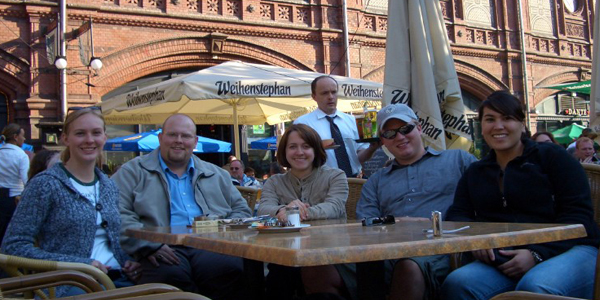 Berlin has lots of cheap eats. Head over to one of the local “Imbiss” (fast food) shops where you can fill up for less than $5. If cooking is more your thing, then check out the grocery stores Aldi, Lidl, Pennymarkt, Edeka and Plus located all over the city.

Home for political activists and hippie artists, Cafe Morgenrot serves a delicious vegetarian breakfast buffet. The best part is that you decide how much to pay! Head over to this left-wing restaurant on Tuesdays and listen to passionate speeches.

Vokus are eateries located inside artist squats and cultural centers that offer weekly meals for 1 to 2. It’s also a great way to immerse yourself in the local scene and meet some fellow budget conscious folks. You can check out the different locations at stressfaktor.squat.net/vokue.php?day=all.

An evening with a movie under the stars? Check out The Freiluftkino in Kreuzberg. The large field is surrounded by classic buildings. Its selection of German and foreign films and large screen makes for a great night–a glass of wine in hand and the camaraderie of film-buffs as the sun sets and the movie begins to play. 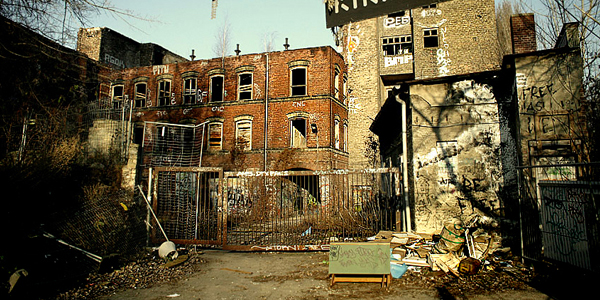 Berlin’s history makes it one of the most intriguing cities to visit in Europe. The stories that color this scarred metropolis will leave you shaken yet inspired. Take one of the free (tip-based) walking tours such as New Berlin Tours or The Brewer’s Berlin Tours. If you would rather see the city’s edgy sights, then check out Alternative Berlin Tours, which is also free.

Costs
2.10 \ for a single ticket, which is valid for two hours in one direction

Tickets can be used for trains, buses and trams.

For more information check out the official BVG website.

Trains
The public transport system in Berlin is fast, yet due to never-ending strikes, not always the most reliable. If you want to cover the most ground, the S/U Bahns, which operate from 4 a.m. to 12 a.m. on weekdays and 24 hours on weekends and holidays, is the way to do it. The S-Bahn (light rail) is also known as the ‘Schnell’ (fast) train in German and is good for longer trips and excellent views of the city. The U-Bahn (underground) runs more frequently and to more locations throughout the city. 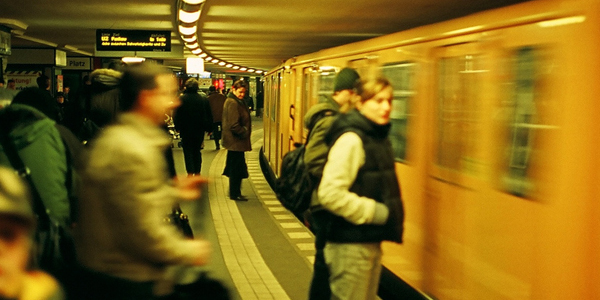 Buses/Trams
Although Berlin’s double-decker buses are a tad slow and often late, they’re a cheap way to do some sightseeing. Forego the expensive bus tours and hop on either the 100 or 200 bus lines, which pass through all the major city sights.

Trams also operate all day and all night; however, they are only available in the eastern areas of Berlin.

Important Note: Make sure to validate your ticket at the station as undercover inspectors frequent the trains, buses and trams. If caught without a valid stamp or a ticket, you’ll receive a hefty, no excuses, on-the-spot fine of 40 Euros.

Bikes
If you intend on staying in the city for a season (ideally, the spring or summer) then biking through the streets of Berlin is a cheap, enjoyable and environmentally responsible way to get around.

You can buy used bicycles in one of Berlin’s many flea markets for about 40 to 50 Euros. You can also buy one of the leftovers from bike rental companies, such as the Fahrradstation who sell bikes that are only a year old or even from the Berlin craigslist site.

However, bicycle theft is rampant in Berlin so make sure to get the papers on your bike as well the necessary locks.

Plenty of Matador members have explored Berlin and have advice to share with you. Want to know where you can find the best pizza? Have general questions about the city? Check in with Matador’s Berlin expert, nancydrew.