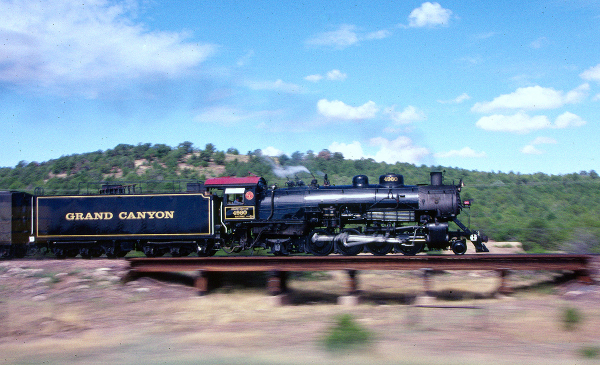 Some rails to ride if you don’t feel like driving, flying, sailing, biking, or hiking.

Both are novel to me, probably because trains just aren’t done in modern America. I might even make a special trip to ride a good one. Below are some that would be in the running.

BootsnAll threw out 7 Best American Train Trips under $100 last fall. Here’s what they came up with: 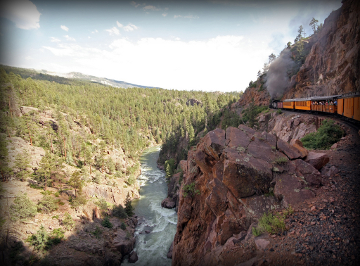 1. Grand Canyon Railway – Runs from Williams, AZ, to a station at the canyon’s South Rim.
2. Alaska Glacier Discovery Train – I’ve never ridden this Anchorage-to-Whittier train, but I have spent time on the Kenai Peninsula and in the Chugach National Forest. Would be cool to see the glaciated landscape through a train window.
3. Great Smoky Mountain Railroad – I’m starting to love the North Carolina side of Great Smoky Mountains National Park. Might have to check out this train, which leaves from Bryson City, next time I’m town. Bonus that the depot is across the street from the new Nantahala Brewing.
4. Skunk Train – Built to haul downed redwoods, this re-purposed line runs from Fort Bragg on the California coast through Jackson State Forest to Northspur. Could be a nice counterpoint to the Avenue of the Giants.
5. Amtrak’s Lake Shore Limited – This one’s more practical than the rest, its route connecting Chicago with NYC and Boston along the shores of the Great Lakes.
6. Silverton-Durango Narrow Gauge – I’ve actually been on this one. Originally a mining train, it now transports tourists and hikers/climbers through the mountains of southwest Colorado.
7. Arkansas & Missouri Railroad – The A&M hauls both passengers and freight, one of the last lines in the U.S. to do so. It runs from Fort Smith, AR, north to Monett, MO. 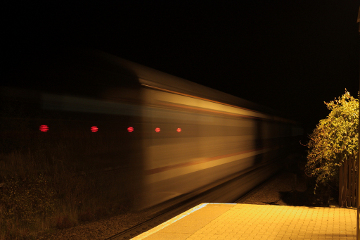 The list below of The world’s greatest train trips is courtesy of The Guardian. Compare it to ours from back in 2008: The 10 Most Spectacular Train Journeys in the World.

1. Trans Siberian – A classic that I’m sure most people are familiar with. For more info, check out Carlo’s excellent pieces Why You Should Travel Independently on the Trans Siberian Railway and Trans Siberian Sidetrips: How to Break Your Train Ride.
2. Caledonian Sleeper – This overnighter connects London with Fort William, in the Scottish Highlands.
3. Venice-Simplon Orient Express – This one heads out of London in the opposite direction and keeps on truckin’ till it hits Venice. A one-way ticket will set you back £1,595.
4. Bernina Express – Its complexly engineered path through the Swiss Alps and into Italy makes it “one of the slowest expresses in Europe.” I’m guessing the views make up for it.
5. Nakorn Ping Express – For those headed from Bangkok up to Chiang Mai, this is a cheaper option than the luxury Eastern & Oriental Express. And its windows look out on the same rainforest and mountains.

Despite all the narrow-gauge throwbacks listed above, technology is moving in the other way too. 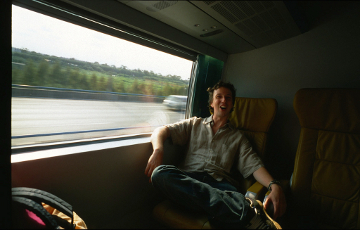 Aboard the Maglev / Photo: tallkev

Japan‘s bullet trains are old news. In 2006, I rode the Maglev train that connects Shanghai to its main airport.

Magnetic force keeps it hovering just above the track, and at that time (and probably still) it was the fastest passenger train in the world, hitting 431km/h (268mph) at its upper limit. The 30km journey took a little over 7 minutes.

The latest news in train travel involves talks between the British and Chinese governments over the construction of a high-speed line to link London and Beijing. According to one recent article, the 5,000 miles would be traversed in two days. No, still not as fast as air travel…but we’re getting there.

Before you go, read up on 6 Tips For Pain-Free Train Travel.