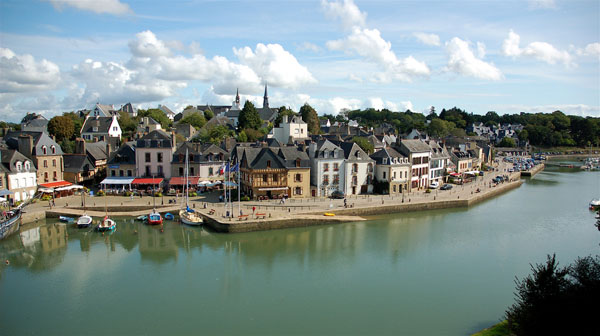 St. Goustan in Brittany, France. Photo: Tc7 / Feature photo: jmhullot
Couchsurfer extraordinnaire Delphine Mazars is currently traveling around Australia. My wife and I had the pleasure of hosting her for a couple of nights here in Melbourne.

Since she left us, she’s trekked the entire 8-day Great Ocean Walk solo and has gone unplugged for a month and a half in Western Australia. No Internet for that long is impressive indeed.

Delphine is from the Brittany region in France’s northwest, home to countless manors and chateaux and beautiful coast. There are old fortified towns, such as Sant-Maloù , if you care to take a trip back in time.

Brittany also has the distinction of being one of only three places on the planet — along with Corsica and China — where you can see pink granite in its natural form. The Côte de Granite Rose is a 30+ km stretch of coastline with pink granite cliffs that have been the subject of many an inspired artist.

But down to it. The French are renowned for their gastronomic side, so I asked Delphine to talk a bit about Brittany and its cuisine. This is what she had to say: 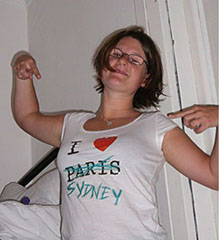 “The coast is just amazing… walking along the sea, with the fresh wind, the sound of the sea is just so nice (I miss that so much!!).

For the food, the main thing, in my mind, is the crêpes and galettes that you can eat while drinking a glass of cider (but only Breton cider of course ;)).

On the galettes you usually put some salty things like ham, cheese, eggs, tomatoes and/or whatever you want, and you finish your meal having some crêpes on which you put some chocolate, fruits, sugar, lemon, ice cream… so yummy!!”

See what a fellow couch surfer, Maxim, had to say about culture in his home country of Russia.

For more ideas of what the heck to do in France, read Tanya Brothen’s Beyond Paris article.