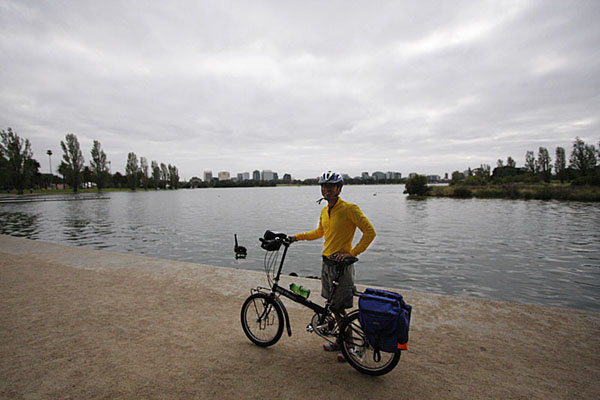 Me and my Bike Friday in Albert Park, Melbourne

Matadorians, it’s time to give myself a break.

After spending the entirety of my Matador tenure stationary in Melbourne, it’s finally time for me to hit the road and do some traveling of my own. I’ve been inspired by the submissions we received from daring adventurers and wide-eyed wanderers over the past year. I hope I can tap into the energy, even a little.

My wife and I are changing tack a bit on our life and travel philosophy. Whereas before we were happy with the work-save-travel-work cycle, we’re going to try something different. This time around it’s open-ended. We have no idea when we’ll stop, and we have no idea where we’ll stop. We will attempt to be — and excuse the phrase — more organic.

We want to move with the flow, take opportunities as they arise, and experience places more than just moving through them.

We will sit still in some of our destinations. We will pick up work where and when we can. And we will just, well, live life. Not try to only “see” or “do” things. Just…live. Because this is it. This is life. 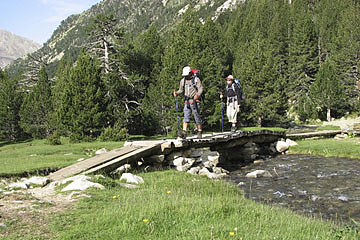 Hiking in the Pyranees

We do, however, have a few things planned (it’s just good sense). We depart Australia on January 10 and arrive a few days later in Cuba with our Bike Fridays. We don’t necessarily plan to “tour Cuba” by bicycle, but we will use our bikes to transport us around, as we see fit.

I’m especially looking forward to visiting my hometown of Vancouver, Canada in February. We’ll take in the Olympic Winter Games vibe and catch up with friends and family. It will be almost three years to the date since we left, so this will be a brand new experience for me. I’m anxious about it.

After that we’ll be moving south down the Pacific coast, and hope to meet some fellow Matadorians along the way, like our inimitable CEO, Ross Borden, in San Francisco. New York is on the radar where we’ll spend a month just hangin’ out. I’m really looking forward to meeting in person someone I consider a mentor of sorts, who’s been with me every step of the way during my foray into the writing universe — Matador’s managing editor Julie Schwietert.

If you’re somewhere along that path, drop me a line. Maybe we can meet up. 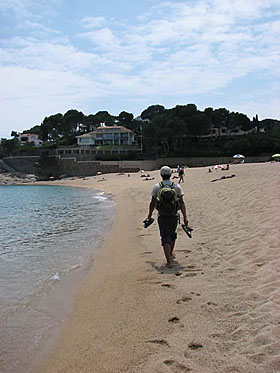 This is where things start to get hazy for us. We will fly to Europe (and visit my wife’s family in Germany somewhere in there), but that’s about all we know. The only other thing we know is that the road will eventually lead us back to Australia, to drive around in our camperized Delica, S.A.M.

Maybe that’s not so honest. We don’t actually know that. You can never really know anything, can you?

So if you’re wondering where I am over the next couple of months, there you have it. And speaking of that, I have to give a big muchas gracias, merci beaucoup, spaseeba bolshoy, and xie xie to Hal Amen for doing the job of two while I’m incommunicado.

It’s a big undertaking to bring you the best destination-based content on the web, but I also take comfort knowing he’ll have the support of the amazing Matador team.

Enjoy your holidays everyone — of course, responsibly. It’s the start of a new decade. Here’s to the one-ders.