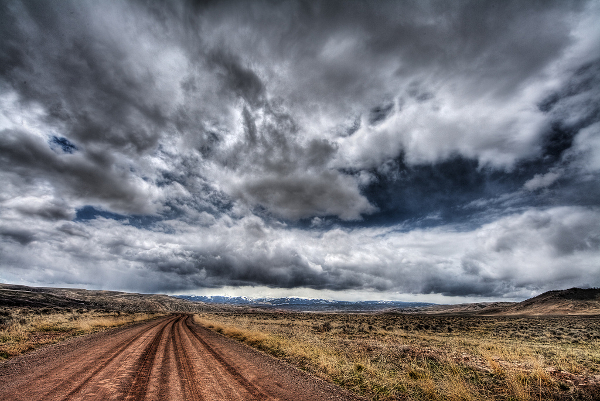 THE PEAK FOR ME came around day 22.

We were on the road again after a week of structured living in San Francisco. We’d made our original destination but were still going. There were no plans for when to stop, when to turn around. The state highways of northern California are bordered by old-growth redwoods so tall we had to throw open the moon roof to see where they ended.

For a few days there, it was freedom — the trip had hit that space between destinations, between itineraries, when it feels like it could keep on forever, just a car and a tent and a road.

But that never lasts.

Seattle became the end point, August 14 the home date, and from there all that was left was to trace a route home and fill it with as much Western landscape as we could. Mt. Rainier National Park, eastern Washington wine country, the forested Idaho panhandle, Yellowstone and the Tetons, a tire shop in Laramie, WY (our first and only maintenance stop), friends in Denver and Breckenridge, down into the mountains of northern New Mexico, and a retrace back to Austin to complete the 7,100-mile trip.

So — season finale — here’s my takeaway for any of you who happen to pass this way: 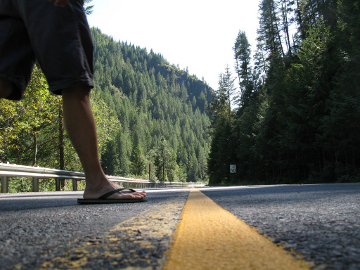 Highway 12 is gorgeous from Kooskia east the 60+ miles into Montana, mirroring the Lochsa River as it does for most of the ride. We stayed at Wilderness Gateway campground — the forest’s largest — but there are others along 12 and elsewhere. $8 per site, flush toilet facilities available.

There was nothing pretty about this RV pullout. What made is special for us was that it was the only thing near Gardiner with space available. And we snagged the last tent spot ($20+tax). If you’re stupid like us and show up to Gardiner in peak season w/o reservations, head north on Highway 89 seven miles to Corwin Springs. And don’t blink.

Cooper’s is off the trail a bit, used mostly by fishermen and paddlers putting in on the Rio Chama (why we were there — my parents launched their cata-raft the next day).

Turn off Highway 84 onto the skinny 112 and follow it for about 10 miles till you see the El Vado Reservoir dam. Cooper’s is on your left. Tent camping ($10) is at the end of the road on a little spit of land surrounded on two sides by river and covered with tall trees. Unfortunately, bathrooms and drinking water are back at the entrance, and no-fire signs are posted (though not heeded). 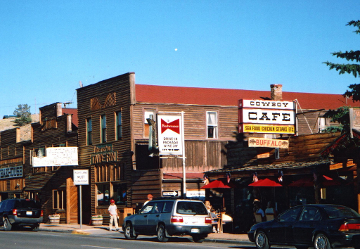 Two levels of seating in a historic downtown storefront on First Street. The only menu item I can speak to is the iced coffee — delicious.

Wow, can’t believe this place doesn’t have it’s own website! Don’t let that turn you away.

Break Espresso is the size of a warehouse and clearly benefits from the college town vibe — vegan pastries are a thing of beauty when done well. We only stopped in for breakfast but would’ve loved to have stayed all day on the laptops.

The decor is wicked military-heavy, but, you know, it’s Wyoming.

One of our favorites of the whole trip. Vegan food options, bicycle-part art on the walls, and they share the space with the Matter Bookstore (which, in turn, is run by the nonprofit Wolverine Farm Publishing — check ’em out!).

The building is small, hidden behind an Auto Zone, and the opaque shades on its windows make it a gentlemen’s club suspect from the outside, but what’s going on in is all good.

Our bartendress was wearing a kilt and broadsword (she’d just returned from a clan festival or something), and they’ve got signs declaring “Live long in Prosser.” The IPA was memorable. 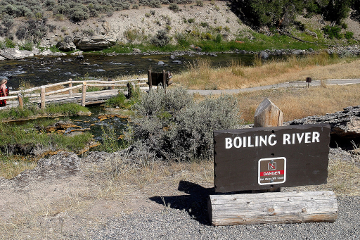 This is hardly an “insider’s secret” (it’s gotten so popular that the park’s had to throw up several signs warning people to stay on the path), but it felt like one at 8AM.

The place where the steaming waters of the Boiling River exit the earth and meet with the larger, frigid Gardiner River is a popular spot to strip down and jump in.

It’s a weird sensation, with alternating jets of freezing and boiling hitting you from upstream. A great way to start the day in Yellowstone, though.

The unmarked turnoff is 2+ miles south of Gardiner on Highway 89 (just before the MT-WY border). From the parking lot, it’s a half-mile walk to the pools.

Are you going to any of the places I visited on this trip (see #1, #2, and #3 for the full route)? Hit me up with questions about anything I didn’t cover: hal[at]matadornetwork[dot]com.