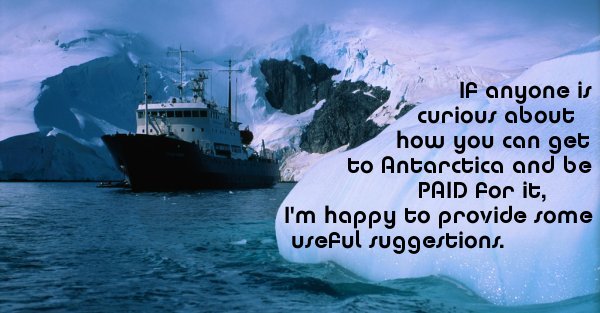 When we at Matador say our destination experts cover the globe, we’re not joking. Where else are you going to find someone who can answer your questions on Antarctica?

Matadorian rico nico’s expertise on the frozen continent comes from a stint of employment at one of the U.S. research stations, an experience he’s eager to help others achieve:

I worked as a “Dining Room Attendant” (read: “Dishwasher”) for nearly 5 months at McMurdo Station. Navigating the application process was the hardest part, so I’d be thrilled to provide a streamlined plan for the quickest way to get hired (ie: learn from my mistakes).

I can also let you know what jobs you’re likely to end up with your first season down there, what you’ll want to pack, and plenty about what your day-to-day will look like if you’re living on the ice.

Not surprisingly, rico nico is no stranger to adventure: 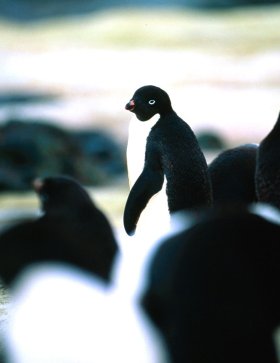 Two weeks after being handed my degree in Graphic Design from UC Davis I started leading trips for an adventure travel company called “Backroads.”

For the last 6 years my spring, summer, and fall months (working months) have looked like this: Cycle through the California wine country, hike the verdant hills of Irealnd, kayak through lobster buoys in Maine, and swim with turtles in Hawaii.

Then, when the winter months hit I’d strap on a backpack and travel on my own: Jumping naked into the water in Antarctica, doing photography in Cuba, attempting to learn Spanish in Guatemala.

But his story doesn’t end there:

Since I’ve always been attracted to volunteer projects that involve medicine, I set my sights on becoming medically trained. I became an EMT through NOLS (awesome course!) and got a job in SF as a Surgical Technician in preparation for Nurse Practitioner school, my ultimate goal.

So now I work in a hospital and sit in lectures. I’ll admit that it feels like a step down. The adventures have been put on temporary hold, but once I’m a medical professional I’m hoping to take the skills abroad and open an entirely new, and purposeful, chapter of travel.

Rico nico can tell you what you need to know about Antarctica, but travel advice is a two-way street. He also “would love a few nudges in the right direction for places to go/volunteer in Africa — such a huge place I don’t know where to begin.”

To connect with rico nico, visit his Matador profile.

Antarctica’s international status means it has no single authority on issues related to tourism. Problem? You decide: US Calls for Stricter Tourism Guidelines in Antarctica.

Matador Goods can show you how Antarctica became the setting of one of the 8 Greatest Adventure Stories Ever Told.