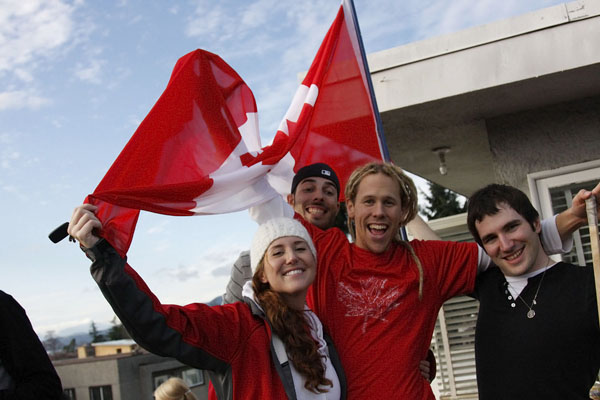 Photos by author unless otherwise stated

Expats looking for some action this Canada Day, check out our guide to events around the world.

FINDING SOMEWHERE to celebrate Canada Day was never an issue for the first 31 years of my life. But since leaving Canada a few years ago I always find myself searching come July 1. In 2007 I was in Paris at The Great Canadian Pub with a few fellow countrymen wearing red, waving maple-leaf flags, and drinking Moosehead beer (yes, it was worth the 7 or so euro pricetag) while being serenaded by The Tragically Hip, Barenaked Ladies and, unfortunately, Bryan Adams.

Last year in Melbourne, the Canadian Meetup Group I belonged to held a celebration at an ice rink (it’s winter in Oz in July, after all) with some players from the Melbourne Ice making an appearance. 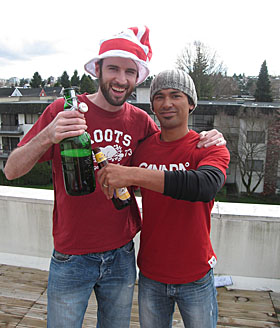 This year I’m in New York and have yet to make plans (although my preview screening of What About Me? will be part of it). While researching things to do in New York on Canada’s 143rd birthday, I came across some events (with some help from Matador intern Sarah Park) going on in other parts of the world and, well, one thing led to another.

Roots Foods & Drinks at Stadhouderskade 123 in Amsterdam brings you an “Exclusive Celebration Event” starting at 7:30PM. 20 euro gets you a “welcoming drink and exclusive snacks.”

The Canadian Club of NZ are holding a Quiz Night at the Clare Inn starting at 6:30PM on July 1. No need to RSVP, just show up.

Canada Day in Beijng is being billed as “one of the largest outdoor events in Beijing this summer.” They’re having a hot chili pepper eating contest (?), BBQ, and corporate exhibitions (of course). It’s all happening at the Canadian International School of Beijing.

The Berlin Expat Canadians group at Meetup.com is putting together a gathering on July 1 at 7PM. Unfortunately, details weren’t hashed out as of this writing, but if you’re in Berlin, join the group to get the latest updates as they happen.

Canada D’eh 2010! Hosted by the Canadian Society in Taiwan on Saturday, June 26, from 2PM to midnight. It’s a beach party on the north coast: “More entertainers, more food choices, bigger stage, and a new location. It’s all coming together promising to be one great time.” 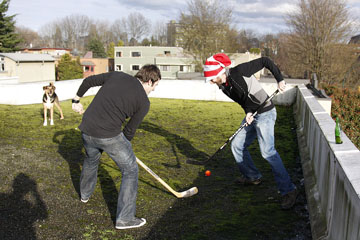 The Canadian Expat Association Cancun is throwing their 2nd annual Canada Day party at the Taberna Sayil at 5PM.

Drinks are 2-for-1 all night (from the widest selection in Cancun) and they promise games, contests, Canadian trivia, cake, and more. Join the group to RSVP.

If you find yourself in Dubai this July 1, the Canadian Business Council is combining World Cup madness with Canada’s birthday. They’ll have a foosball tournament (where you can win a Blackberry), buffet lunch, music, and more.

It’s all taking place at 12 noon on July 2 in the Grand Fever Football Tent in the Grand Hyatt. For details, visit their website and click “Events.”

Trafalgar Square is hosting another Canada Day party which promises Canadian favourites like bbq’d bison burgers (I’ve never had one) and Sleeman’s beer (I’ve had many). Canadian staple Tim Horton’s coffee will also be available, as will a street hockey tourney. Celebrations start at 10:30AM and go till 10:15PM.

All day BBQ from 1PM and live music from 6-10 at PG’s Sandbox Bar and Grill. Show your Canadian ID and get a free shooter. This post says buckets of 5 beers for $100. I’m going to assume they mean 100 Mexican pesos. 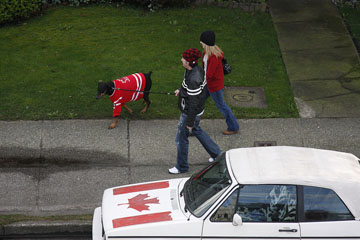 “Everyone is welcome…no passport needed!” An old-fashioned pig roast is on the menu at this party on June 26 from 10AM to 3PM at the Zamora Estate Hotel in San José.

Pick up your reserved tickets before June 24.

“Picnic in the Park.” Admission gets you a hot dog, a drink, and dessert. They’re promising “fun & games for adults and kiddies.”

Network Canada is gathering up canucks to party on June 26. They will be serving a limited number of caesars (they state they import 100 litres of Clamato juice) and there’ll be live music, comedy, and team trivia. $15 dinner special.

Canada Day Across America showcased over 200 parties last year. There are five parties alone in New York, so I’m spoiled for choice. Pop your location in the drop-down and find out where you’ll be getting your face painted.

What are you doing to celebrate Canada’s 143rd birthday? Let us know below.