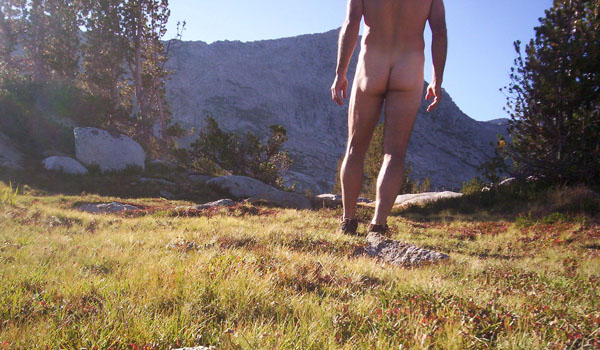 Naked trekking in Switzerland may very well rest in the balance of this current court case.

WE’VE SPENT A LOT of time at Matador telling you about where to get naked: The Best Nude Beaches in the World, the Best Places for a Skinny Dip, and Nude Trekking, German Style.

We’ve even been kind enough to give you some advice in 10 Travelers Tips for Rocking a Nudist Beach.

But now we’re going to tell you where you might NOT want to strip down: Appenzell, Switzerland. According to BBC News, a hiker is in court disputing a fine he received while hiking in the buff. The eastern Swiss canton of Appenzell is traditionally devout and conservative and, in fact, only gave women the right to vote in 1990.

But despite this, it has become somewhat of a nude hiking mecca. In the hopes of deterring these naked ramblers, a new law was introduced last year permitting nude hikers to be fined.

The hiker was called in when onlookers from a communal BBQ area saw him walking by. He is also alleged to have walked past a Christian nursing home, whose residents saw him.

Switzerland’s federal law states that public nudity is not a crime, which is the basis for his appeal. The court case could become costly and lengthy and may end up in Switzerland’s high courts.

For more traditional hiking, check out The Most Dangerous Hikes in the US. Or, for slightly tamer excursions, The Great Ocean Walk: Victoria’s Coastal Hike and How to Trek the Inca Trail.

Learning to yodel in Switzerland