Tourism is big business. Big enough to change culture itself. Where there is a buck to be made, it will be made — as fast and as efficiently as possible. The architects of the capitalist world we live in are unstoppable, and cashed-up tourists are soft targets in this game.

And so, Old Tbilisi, the historic quarter at the very heart of the modern capital city of Georgia, is being changed beyond recognition. Transforming from a beautifully decaying authenticity, Old Tbilisi is becoming a shiny and hollow scintillation, filled with ever more opportunities to load up on cheap souvenirs and imported beer. Is this the birth of yet another tourist trap?

Old Tbilisi is a centrally located neighbourhood, containing an assorted mix of buildings from as early as the 5th century. Today, the bulk of the structures are an eclectic collection from the 1800s. Much like the nation of Georgia, the area has seen a long and at times tumultuous history. As a result of earthquakes, invasions, and a geographical location within the cradle of various historical empires, Old Tbilisi is completely unique — a diverse, centuries-old urban layering, holding extreme importance to the nation. Worldwide, the priority of preserving the district has been recognised by many independent international bodies. However, over the last decade or so, its future has been in grave danger. 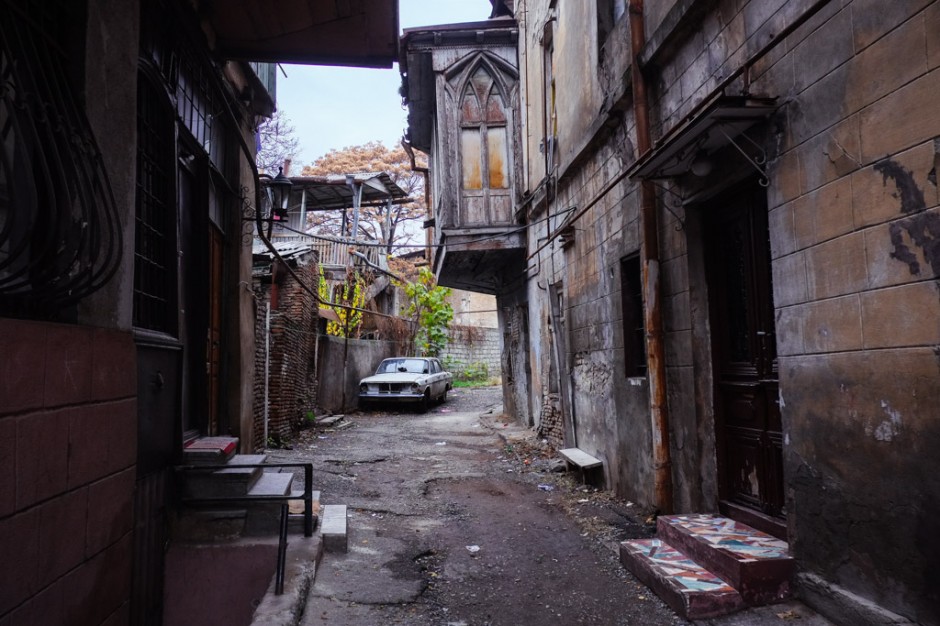 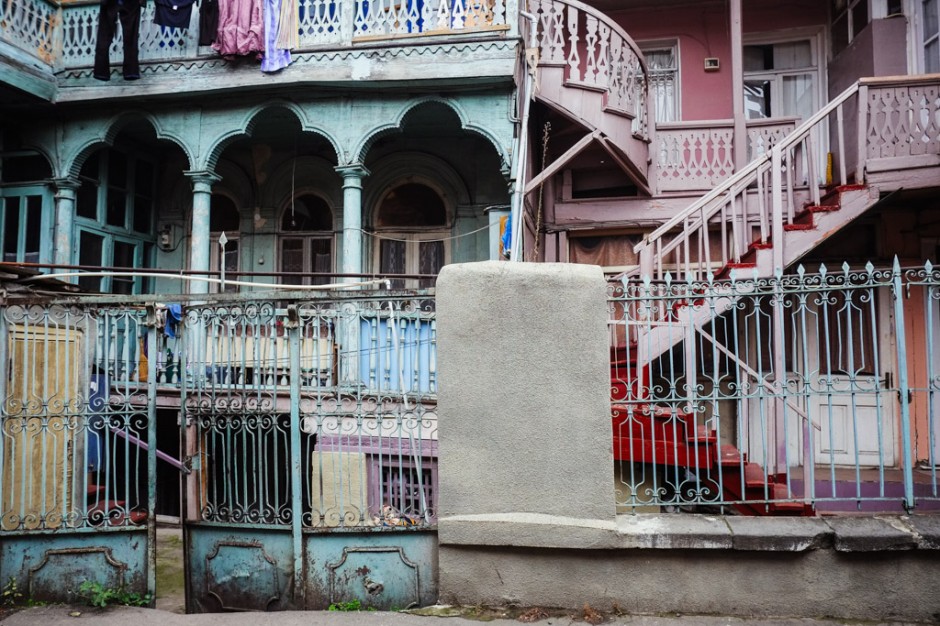 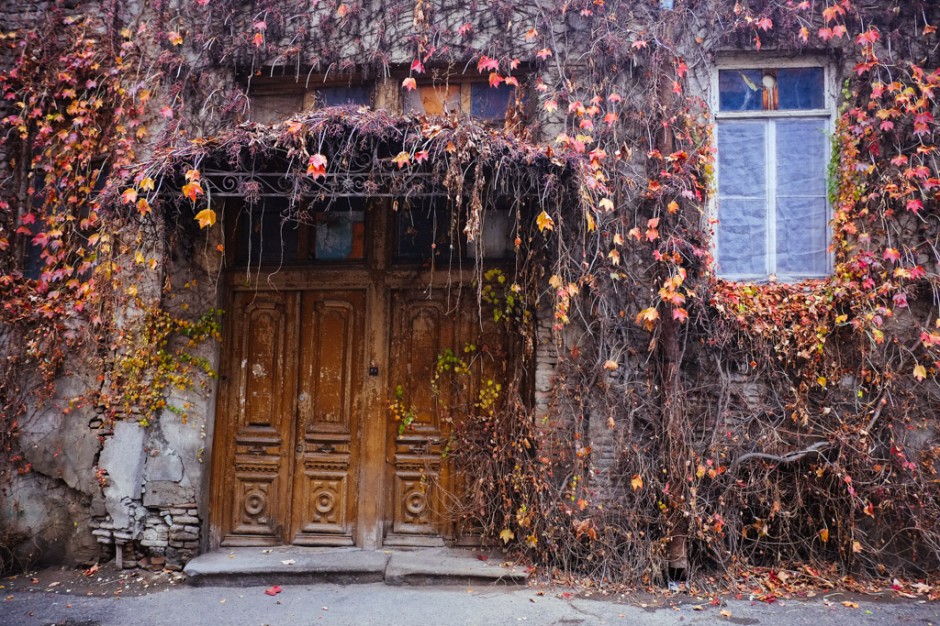 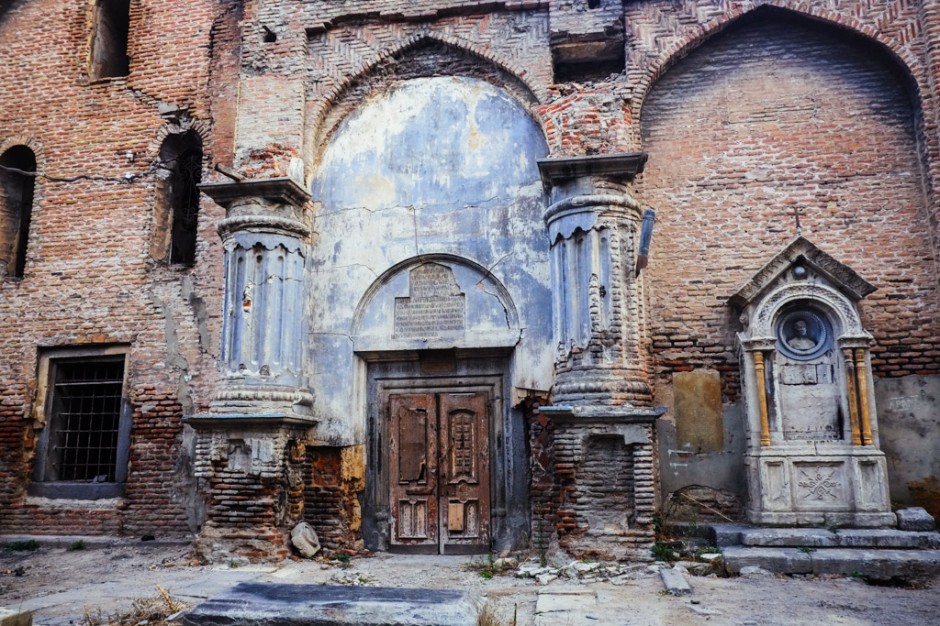 Decaying church in Old Tbilisi. Internally, the structure was braced with steel girders, and was too dangerous to enter. 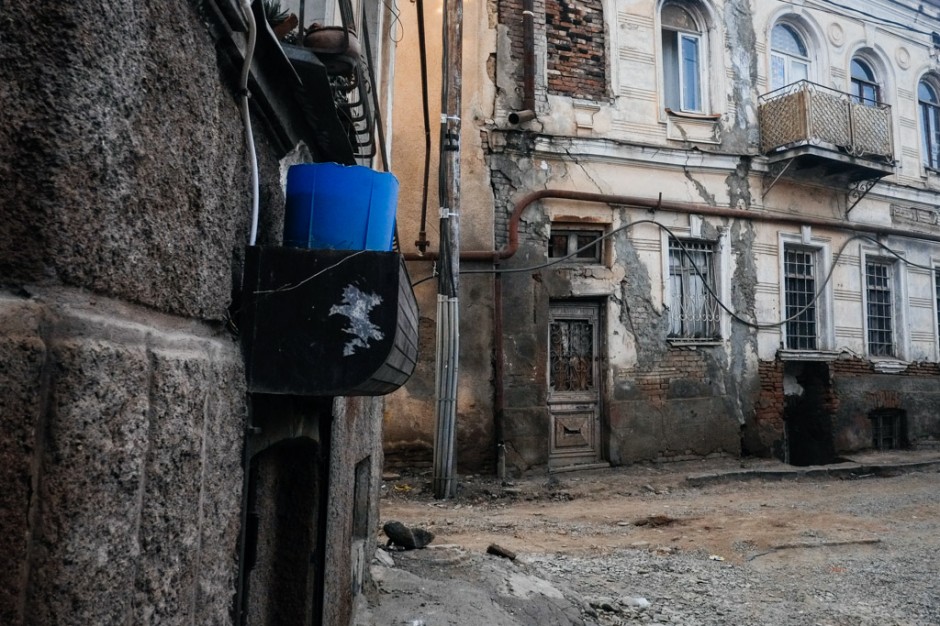 Around every corner, decay. Old Tbilisi. 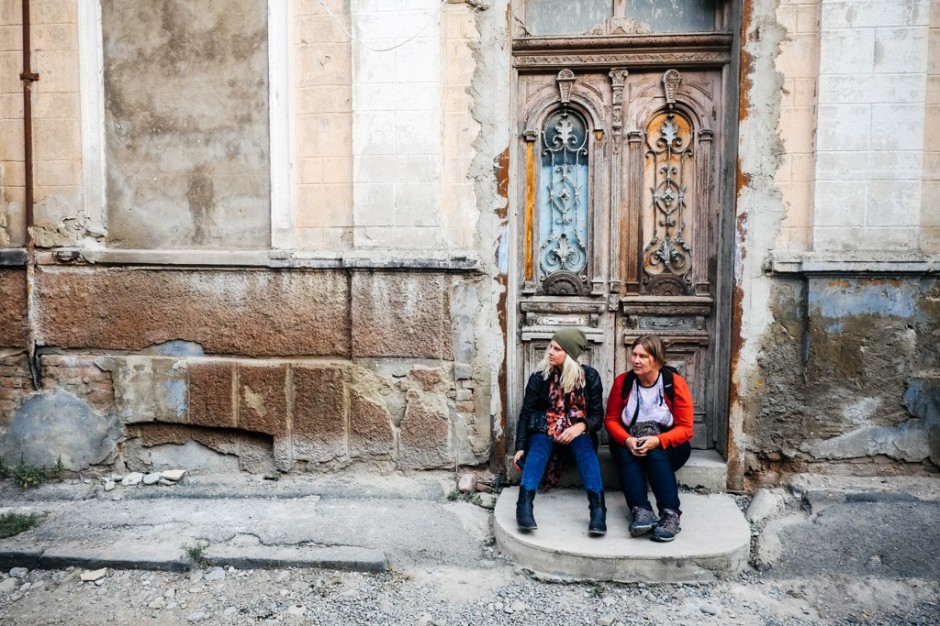 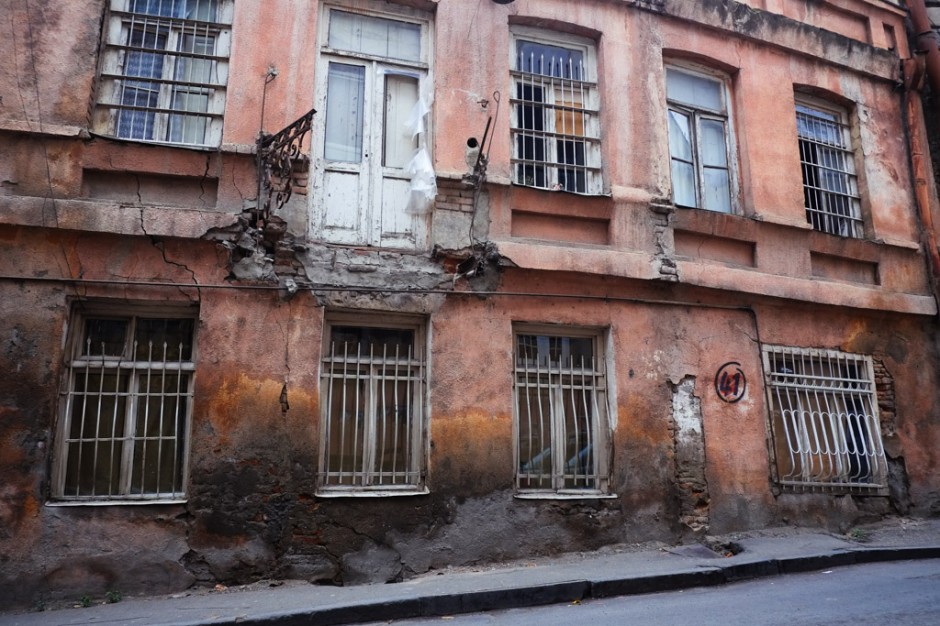 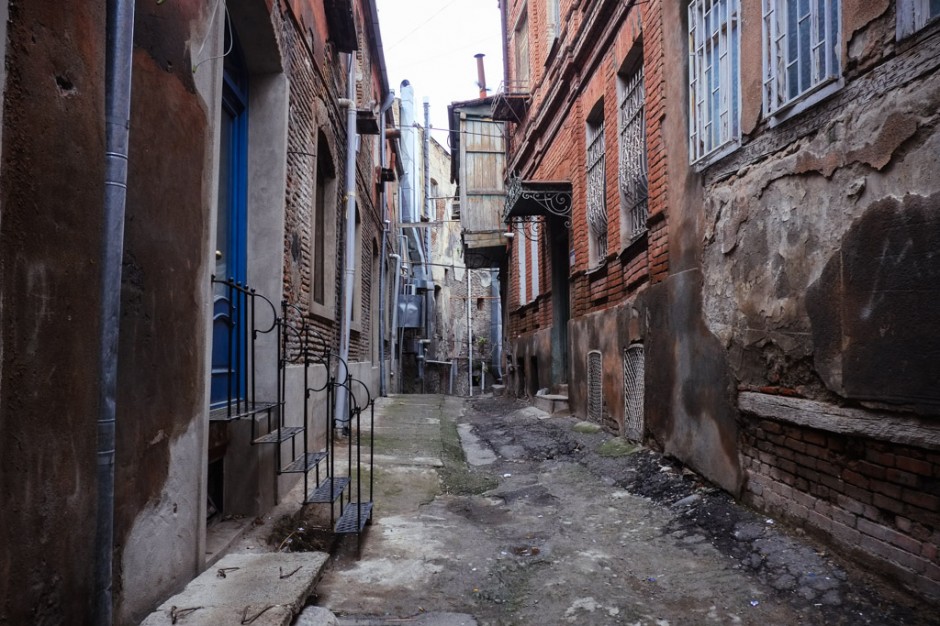 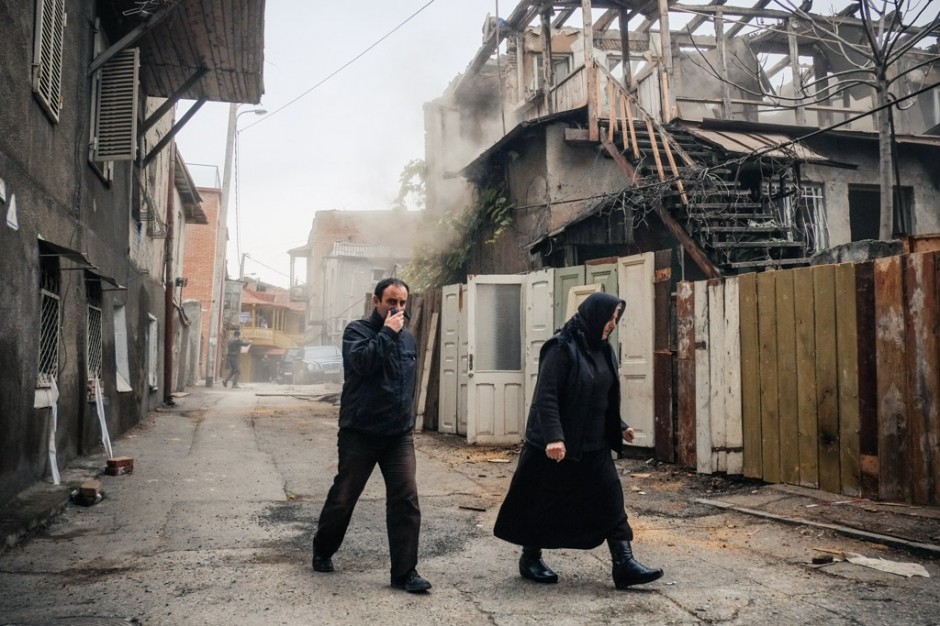 There are complex issues to consider in Old Tbilisi — not the least of which are the slum-like conditions that many residents here live with. Many of the structures are now uninhabitable and beyond repair. Despite the obvious bewitching appeal of the streets, Old Tbilisi could be holistically described as both “enchanting, and dismal.” It would appear wrong to be so nostalgically driven as to state that nothing should change in Old Tbilisi. But it’s important to remember that these neighbourhoods are special, unique, and, unfortunately, endangered. In an ideal world, Old Tbilisi is a neighbourhood that retains its authenticity as well as quality of life for its residents.

Currently, older buildings are being replaced with architectural innovations in steel and glass. Disney-esque facadism is taking over — with Irish bars and “authentic” Soviet-themed restaurants housed in restored buildings that maintain little of the original charm. And no doubt, Old Tbilisi will be promoted by the local government as a tourism success story. A new and authentic neighbourhood narrative will be manufactured. Residents will be relocated. Corner stores will be replaced with souvenir shops. International franchises will move in. “Boutique Tbilisi hotels” will become an increasingly popular Google search keyword. Developers and entrepreneurs will be happy. The gentrified grand scheme will be complete, and it will be on to the next target. Viva, capitalism.

I was told that I needed to get to Georgia before it changed. It’s something you get told a lot in the travel world. But in the case of Tbilisi’s old town, it’s judicious advice. In 2013, only small pockets of the “original” old town remain. These unprofitable enclaves will soon cease to exist within Old Tbilisi, as the value of the location is unlocked. But, for now, the twisted back streets filled with gracious decaying buildings are, in my opinion, the number one tourist attraction in town.

This post was originally published at Yomadic and is reprinted here with permission.

Tagged
Tbilisi, Georgia
What did you think of this story?
Meh
Good
Awesome

Why You Need To See Tbilisi, the Capital of Georgia, Before Everybody Else

May 8, 2013 Jennifer Walker
✖
travelstoke
Download the mobile app
stoked by