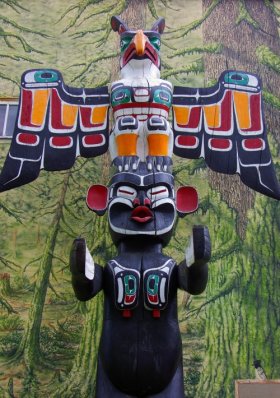 IN A FEW short days, more than two million people will pack into Vancouver for the 2010 Olympics. My thoughts for them: if you don’t get outside the city, you’re not seeing the real British Columbia. And that would be sad.

Here are six places worth a visit if you’re going to be here anyway:

You do know that Vancouver’s not the provincial capital, right? That’d be Victoria, about 4 hours away by ferry on the southern tip of Vancouver Island.

The restaurants, parks, and shopping are a good enough reason to visit, and on top of that you’ve got attractions like Butchart Gardens, the Victoria Bug Zoo, Craigdarroch Castle, and Canada’s oldest Chinatown.

Even just getting here is pleasant, as the ferry passes through the southern Gulf Islands and some of the most beautiful coastline in Canada.

Nanaimo is a bit farther up the island, directly across the strait from Vancouver. With three artificial reefs just outside the harbour, it’s home to what Jacques Cousteau praised as

the best temperate water diving in the world and second only to the Red Sea.

Central Vancouver Island has plenty of above-water outdoors potential as well, including hiking, camping, and paddling, and Nanaimo makes a great base.

There’s also Coombs and the roof-living goats of its Country Market, a sweet beach at Qualicum, and the totems in Duncan. Oh and don’t forget to pick up a world-famous Nanaimo Bar or two while you’re here. 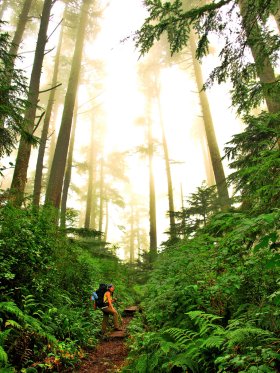 Still on Vancouver Island, don’t overlook Ucluelet, on the rugged and remote western coast. This is the jumping off point for the long sandy beaches and temperate rainforests of Pacific Rim National Park, as well as kayaking expeditions to the Broken Group Islands.

You can also catch the ferry across the sound to Bamfield and explore The Epic Beauty of the West Coast Trail (this is a fierce week-long trek, so don’t attempt it unless you’re prepared and down with skipping out on some of those Olympic events).

Whale watching tours are the big thing here in March, taking in one of the greatest whale migrations in the world. Every year, 17,000 Grey Whales pass by here on their way from Baja to their summer home in the Arctic. Some tour operators guarantee sightings year round and back it up with full refund policies.

What are presently called the Queen Charlotte Islands, north of Vancouver Is., are set to be renamed Haida Gwaii, meaning “Islands of the People,” later this year. The archipelago is ~150 islands strong, about a third of which comprise its largest park, Gwaii Haanas National Park Reserve and Haida Heritage Site.

Gwaii Haanas is one of Canada’s cultural treasures, with over 500 historical archaeological sites and the UNESCO World Heritage Site SGang Gwaay Llnagaay. 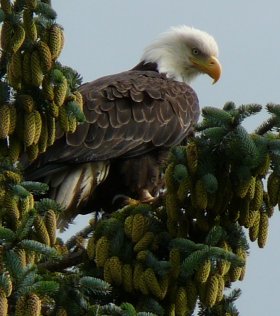 The world’s best collection of mortuary and memorial totem poles is in the remains of this Haida village, all them at least 100 years old. The area is only accessible by boat or plane.

Haida Gwaii is also a big kayaking and camping destination, and is known for its wildlife. Due to its isolation from the mainland, its flora and fauna are distinct, and they include the biggest (and smallest) subspecies of black bear.

Back on the mainland, the Okanagan Valley is in the opposite direction, 4+ hours east of Vancouver.

The region is home to nearly three dozen wineries, most of which invite visitors for tasting and tours. A self-guided winery expedition is simple enough — just follow the burgundy and white “Wine Route” road signs.

The valley is also known for its orchards, so make sure to stop at a local fruit stand for fresh peaches, pears, and cherries.

Penticton sits on the southern shores of Lake Okanagan, one BC’s largest lakes, and is very popular when the summer sun is shining. It even has its own lake monster, Ogopogo.

Newcomer Revelstoke Mountain is quickly gaining a reputation as a world-class ski destination and powder stash. 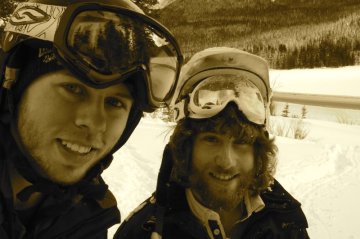 The mountain has heli and cat-skiing and the biggest vertical drop on the continent. For non-skiers, there’s whitewater rafting, ice climbing, and hot springs.

Rather spend the day inside? Try the Revelstoke Nickelodeon Museum. Its collection chronicles the development of automatic music machines and is Canada’s only mechanical museum.

For more Olympic info, Matador explores The Dark Side of the 2010 Olympics and suggests How to Find Free Accommodation for the Vancouver 2010 Winter Olympic Games.