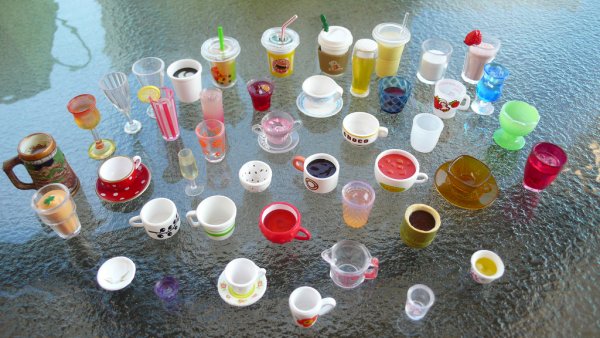 Nobody embraces tea more seriously than the English. Famous world over for its stone-built villages, historical towns, and rolling green hills, there’s no better place to experience tea time than the English Cotswolds.

Sip Earl Grey amongst drooping willows and lazy streams at the birthplace of William Shakespeare, in Stratford-upon-Avon, and you may be inspired to write a few sonnets of your own. 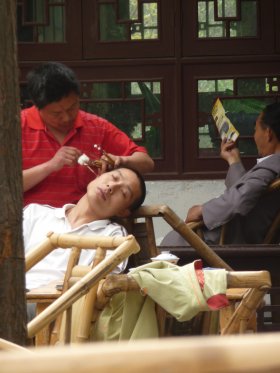 Chinese green tea is as famous in the East as Earl Grey is in the West. For the best in Chinese teahouse culture, head to Chengdu.

Traditionally venues for conversation, light eating, and ear cleaning (a service performed by professionals with mini-lances and swabs, followed by an energizing shoulder massage), Chengdu teahouses have evolved into both trendy hotspots for dating and nightlife as well as sanctuaries of quiet relaxation.

At the south bridge of Dujiang Weir, enjoy a relaxing afternoon outside with a bottomless pot of your choice for around 20 yuan ($3).

And yes, you can still have your ears professionally lanced.

After passing over 13,000ft mountain passes to the Tibetan Plateau, Chinese green gives way to its western cousin, butter tea. A mainstay of the local diet, generous portions of (often rancid) butter and salt give Tibetan tea a uniquely unpleasant flavor that is undoubtedly an acquired taste.

Tibetans take advantage of the butter’s oils to protect their lips from the high-altitude sun. Consequently, the higher you go, the more butter in your tea. 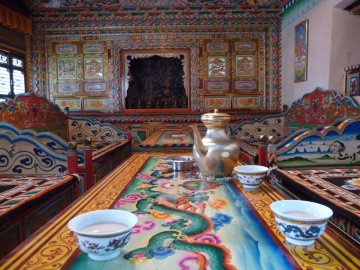 Although situated in West Sichuan and not the Tibetan Autonomous Region, the town of Ganzi is culturally more Tibetan than most of Tibet.

Wander the old town, overlooked by a hilltop monastery (home to over 500 Buddhist monks), and you’ll find yourself lost among faded prayer flags and elderly patrons slowly spinning prayer wheels.

Since the 2008 Tibetan uprisings, in which Ganzi was an epicenter of violent protest, West Sichuan has been out of bounds to most foreigners. If you make it to this remote mountain town and duck into one of the many local guesthouses for tea, you’ll likely be the only Westerner they’ll see for weeks. 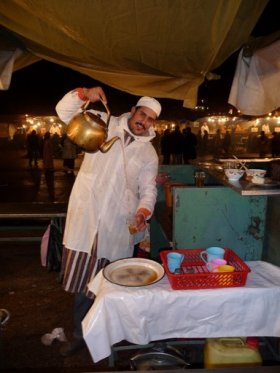 Sipping hot mint tea in the souks of Marrakech, Morocco, entails more than you might expect.

You sit among boiling cauldrons of lamb heads, watching as your tea is poured from large steaming copper kettles at arm’s length into tiny palm-sized glasses.

The addictive sweet mint tea is served throughout the day. Alcohol is regarded as taboo in traditional circles in this Muslim nation, so mint tea acts as the social beverage of choice.

At the local food stalls in the Djemaa el Fna, in the heart of the old city, grab a cup with the locals in the evenings for around $0.10 a glass.

The coca leaf, notorious for its roll as the principal ingredient in cocaine, has been used for centuries in Andean tea. 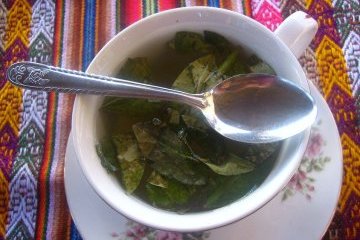 Among the Inca-descended Quechua in particular, the ancient brew is still consumed to alleviate the effects of life at altitude.

Try the tea in the mountain city of Cuzco, where tourist accommodations offer a complementary cup on arrival.

At nearly 11,000 ft above sea level, your body will thank you for downing a draught of the coca concoction, especially if you’ve just gotten in from Lima and the coast.

Served on ice with a squeeze of lemon on a hot Tennessee afternoon…it’s not hard to understand why American Southerners love their sweet tea. What better place than the home of country music to experience it for yourself?

Located 30 minutes from downtown Nashville along a narrow country road sits Barbara’s Home Cookin’, a local “meat an’ three” joint. One sip of Barbara’s homemade sweet tea, accompanied by a lunch of her fried chicken and fresh pie, and you’ll be humming “Rocky Top Tennessee” for a week.

Tea fans might also enjoy reading about 11 Herbs That Ease Common Travel Ailments. Also, make sure to check out Hidden Hope: A Visit to a Sri Lankan Tea Estate.

How to visit Jiuzhaigou National Park in China