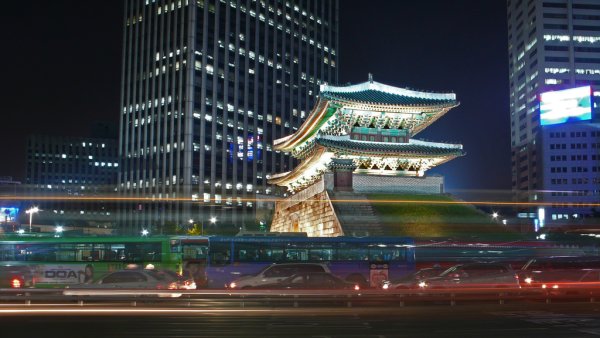 One of the best ways to explore the Land of the Morning Calm is by car. Here’s how:

South Korea’s size makes road tripping an attractive option. Vehicles can easily be rented at Incheon International Airport and through many hotels in Seoul.

Tip: Try to reserve an LNG-ready car. The cost of this alternative fuel is about a quarter that of gasoline.

The following standout spots fall in a clockwise route, beginning in the capital.

Best to wait on the car rental for a few days while you make use of the subway to sample Seoul’s best.

Culture: Gyeongbokgung Palace
Start at one of the grandest palaces in the country, dating from 1395. In addition to the impressive Throne Hall and a pavilion virtually floating in a pond, the National Folk Museum is also on the grounds. 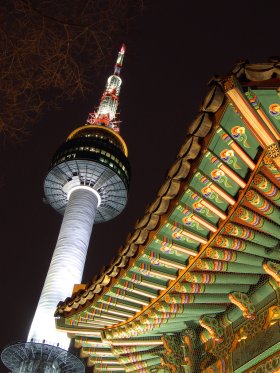 Shopping: Insadong
A short walk from Gyeongbokgung is Insadong, the best traditional market in town. Grab lunch at one of the many old-school restaurants before strolling through the art galleries and craft shops. Afternoons often see folk music and traditional dancing exhibitions.

People watching: Myeongdong
Next, an introduction to Seoul chic. Myeongdong is the place to go to find trendy name-brand stores and hip clientele. Try to hit the narrow alleys when they truly come to life — after work — when Seoulites stroll past designer boutiques while munching gourmet street food.

Views: N Seoul Tower
You’ve most likely caught a glimpse of the N Seoul Tower, standing tall on Namsan Mountain. A cable car ($6 USD round trip) will shuttle you up the mountain to the base of the needle, from where you can ascend to the tower’s observatory level ($3 USD) for city panoramas. The tower also houses a rotating restaurant.

Nightlife: Hongdae
Underground DJs thumping into the wee hours, chill acoustic or rock sounds spilling from cramped bars, and luxury noraebangs (karaoke rooms) — this is Hongdae, the city’s #1 choice for watching the sun come up. Get there via the subway’s green line.

History: DMZ tour
The most popular tour in Korea ($40 to $80 USD) will take you to one of the most mysterious and heavily guarded strips of land on the planet. Everything from half- to two-day tours are available.

Shuffle down infiltration tunnels (dug by the North), browse the DMZ museum, gaze out over the zone and portions of North Korea from the Dora Observatory, and take a moment to read the heartbreaking notes tacked on the Freedom Bridge (used to exchange POWs after the Korean War).

All told, it’ll leave you with a lot to consider on your 90-minute bus ride back to Seoul.

Okay, it’s now time to hop behind the wheel and hit the road. 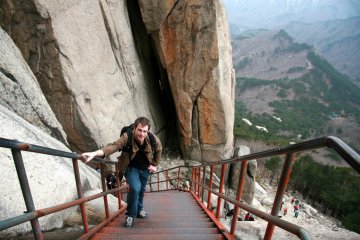 Seoraksan National Park
Seoraksan has it all: hiking, wildlife, and history.

The park is at its best in autumn, when the colors of its foliage rival those of New England.

Take the cable car ($5 USD) up to Gwongeumseong Fortress to gaze over the spectacular peaks and rock cliffs of this park. Or, if the line’s too long, put your boots to work.

Sokcho
This charming port town on the East Sea is the perfect base camp for a park visit. Browse the seaside fish markets for dinner, then knock back some of that famous Korean alcohol, soju, while listening to the waves crash on the rocky coast — the perfect post-hike chillout. 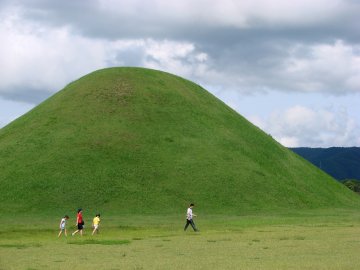 Kite fliers and picnickers relax in the shadow of Korea’s oldest structure, an astronomical observatory built in 627.

Gyeongju National Museum, loaded with artifacts found in nearby Anapji Pond, is a worthwhile stop on your way to Bulguksa Temple in the mountains above town. From here, you can walk even higher to the Seokguram Grotto and its well-visited Buddha statue that looks out over the East Sea.

Haeundae Beach
It’s time to kick back on the southern coast, Busan style. Get up early to snag a spot on Korea’s most popular beach, Haeundae. In the peak season (i.e., any nice weekend and all of August), umbrellas saturate the 2 km of sand.

If the crowds are too much for you, check out one of the other five beaches Busan is famous for. 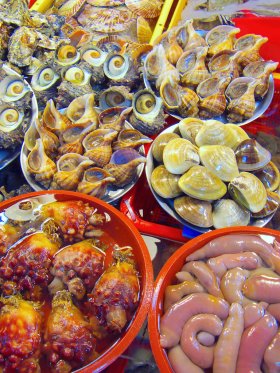 Different aromatherapy and herbal tubs are available for soaking, while masseuse and scrubbing services are provided for a fee.

Jagalchi Fish Market
Right on the waterfront in the heart of central Busan is this busy market. Wander the pungent stalls, make a purchase, then take your pick to one of the nearby seafood restaurants and they’ll prepare it for you — most likely raw, sashimi style.

When you’ve finished dinner, head to Texas Street, opposite the Busan train station, to take in the nightlife of Korea’s second largest city.

Gwanju played a key role in the development of the modern Korean state in the 20th century.

In 1929, local students took part in one of the fiercest anti-Japanese uprisings of the entire 35-year occupation. 1980 saw hundreds of civilians killed at the hands of the army during a protest against the military government, an event known today as the Gwangju Democratization Movement.

Residents are rightly proud of their recent history, and a defiant student art culture persists.

The Gwanju National Museum gives you a chance to learn about the region’s more distant past. Follow that up with a visit to the surreally shaped rock cliffs of nearby Mt. Mudeung. 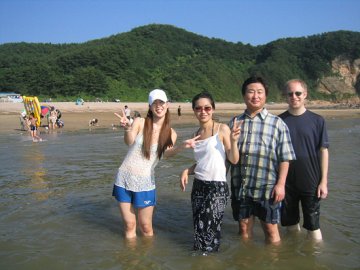 If you have time, park the car in the west coast port town of Gunsan and hop a ferry to Seonyudo Island for a day or longer.

The pace is island-slow (except during holidays), and the seafood is some of the country’s best. The white-sand beaches may convince you to stay longer than you’d planned.

Seonyudo is connected by bridges to a couple smaller islands, and renting a bicycle or 4-wheeler for some solo exploration is also rewarding.

Korean Folk Village
In Suwon, step into history at the Korean Folk Village ($10 USD). It features over 200 authentically reproduced and renovated structures from all corners of the country and traditional performances like tightrope walking, aerial acrobatics, music, dancing, and horsemanship. 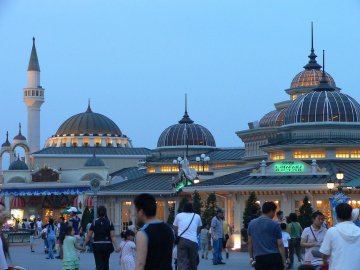 Everland
Ranked as the 10th best park in the world by the Themed Entertainment Association, Everland (day passes from $26 USD) will help you unleash your inner child.

The park is divided into four themed sections, as well as a newly renovated water park, Caribbean Bay. Try to get to the park on a weekday, when lines are more tolerable.

There’s an excellent range of rides, climaxing with a white-knuckle scream-fest aboard the world’s largest inclined wooden coaster, T-Express.

From here, it’s a quick shot up the highway and back into Seoul.

Before you even set foot on the peninsula, check out these 10 Korean Customs To Know Before You Visit Korea.

What did you think of this article?
Meh
Good
Awesome
Bookmark
Posted In
Travel
Destinations
South Korea