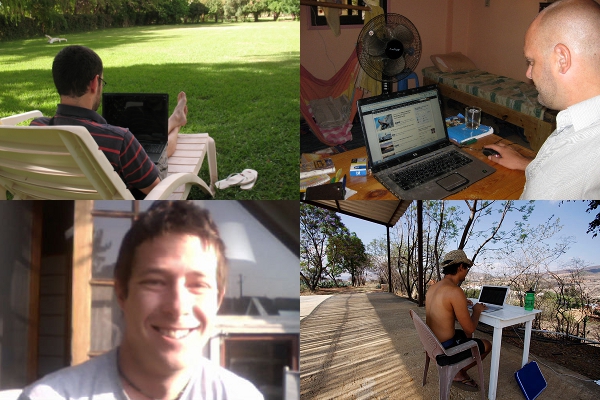 Screw guidebooks. When someone on the Matador crew needs travel advice, he just shoots an email to the team. Here’s how it went down last week.

Following hard on Kate‘s heels, I’m thinking of heading to the middle east over Xmas time and wondered if anyone has any tips (Nick?) for places that are

My knowledge of that part of the world is shamefully poor, so any tips gratefully accepted.

Thanks in advance!
Paul

Hal Amen: Yay, photo essay! Can’t give you any firsthand advice, unfortunately. But if it were me, I’d hit Syria and Jordan. Oh, I wish it were me. 🙁

Tim Patterson: I loved Aleppo in northern Syria – very safe, inexpensive, stacked with history…you could easily combine it with a trip to Turkey…or go south to Damascus and Jordan, though Jordan is much more expensive.

Nick Rowlands: I’d agree with Syria, actually! It’s my favourite country that I’ve been to in the area, and it fits all your criteria.

a – family friendly / safe. Well most places are pretty safe now, and the Middle East as a whole is family friendly coz everyone loves kids! Syria is less full on than places like Morocco and Egypt, though, so will hopefully be easier to navigate with family in tow. 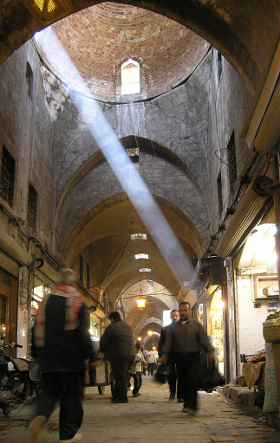 b – photogenic. Some of the best souqs in the world, some sweet architecture (Ummayad Mosque in Damascus one of most impressive buildings I’ve ever seen), castles, abandoned towns, Palmyra a photographer’s dream at sunrise/sunset. Yeah, you’ll find stuff to snap 😉

c – stuff to do. You don’t say how long you are away for, but Syria should be enough to keep you happy for a week or two, more if you like really taking it slow. Like Tim says, Aleppo is amazing, with a fantastic bazaar, ancient hammams, a gorgeous Christian old town with some of the best restaurants I’ve ever eaten in, Citadel etc. Then many people use Hama as a base to explore places like Krak de Chevaliers (coolest castle in the world; no contest), Qa’la Salah el Din, the Cities of the Dead, and so on. Hama itself is also nice, you might say ‘quaint’ (!) with lots of old waterwheels. Then of course you have Palmyra – old Roman (pre Roman roots) town in middle of desert which is pretty much ruined but has a sweet colonade and the remains of some temples and is stunning at morning and evening. Damascus – I loved it. Souq doesn’t feel so ‘authentic’ as Aleppo but still wonderful to get lost in; some crazy beautiful mosques, the (allegedly) last traditional Arabic storyteller in the world (though that’s not actually true), beautiful cafes in old Damascene houses…. Yep. Oh, and you could arrange a visit from here to the UN controlled part of the Golan Heights that is still in Syrian territory (let me know what it’s like if you do I didn’t have time when I was there). Also, going over Christmas might be interesting – the Christian population of Syria is the least oppressed in the whole of the Arab (maybe Muslim) world, in fact I think they are barely discriminated against at all. (Don’t believe the propaganda from countries like Egypt that say relationships between the two communities are fine – they aren’t.) Not sure of the breakdown between Orthodox style and Catholic style Christianity (Orthodox celebrate Christmas later) but I think there will be enough Roman Catholics around that things might even feel Christmas-y to an extent.

d – Syria is cheap, cheaper even than Egypt. The only thing I’m not sure about is how many upmarket type hotels there are that would be suitable for a 2 year old. Must be some.

e – nowhere in the world can handle your crappy humour! But Syrians are in general lovely people – more reserved than, for example, Egyptians, but really friendly and kind when you get beyond the initial restraint. And the language is gorgeous (they claim it’s the closest Arabic to that spoken during the time of Mohammed… everyone claims their Arabic is the closest…).

Bear in mind it may be a bit cold and rainy – even snowy in the mountains – at this time of year. (If you want guaranteed sun, go to Egypt.) But one of the cool things about Syria is that if you had time/got bored, you could easily head to Turkey, or Lebanon, or Jordan. Lots to do in all, though they are all pretty expensive.

Hmmm, I feel like a traitor for not suggesting Egypt! Just don’t think Cairo is the best place for a two year old, it doesn’t sound like you want to lounge around the Red Sea, and personally I think it’s best to wait to visit the Pharaonic sites until the kids have started learning about them at school – then they’ll love it!

Hope this helps. Got tons of advice and pointers I could give – and not just about Syria – so hit me up directly if you wanna talk more.

Adam Roy: I don’t know if this would be of interest to you at all, but I’m actually going to Israel in December-January to visit my little sister – if you plan on going there, I’d be happy to hook up and show you the places I know. Jerusalem is a must-see if you’re there, but honestly, it’s not my favorite city. If I were going to recommend one place to visit in the country, though, it would probably be Haifa. It’s the most beautiful city I’ve ever seen. The Baha’i headquarters is there, and Jaffa/Yafo, is right nearby.

It’s generally a pretty safe country (well, comparatively). If you want to see the West Bank, I hear that Ramallah is actually a really cool place, and actually pretty safe too, for all the bad press it gets. I don’t know if I’d want to go through the checkpoints with a kid, but it’s definitely not Afghanistan.

If you do end up going, though, keep in mind that besides Egypt, Jordan, and Turkey, very few other countries in the Middle East will let you in if you have an Israeli stamp in your passport. If you plan on traveling to Syria or anyplace else afterwards, Israeli customs has a special form you can get stamped instead of getting the stamp right in your passport. 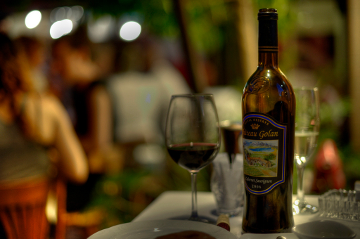 Adam: I almost forgot – if you do go, you also have to make sure to see the Golan. It’s a gorgeous place, totally photogenic. It’s also safe, as long as there’s no war going on. It can seem pretty freaky (there’s military everywhere, most tour groups travel with an armed guard, and there are fenced-off minefields next to the trails) but as long as there isn’t a war going on, you’re not in any actual danger. When I was there, I’d say about 90% of the groups we saw hiking were made up of grade schoolers on field trips.

It’s also where the only good Israeli wine comes from. The country’s going through what Argentina went through last century – slowly transitioning from churning out a whole bunch of swill to making pretty quality wine. I wouldn’t touch most of it, though…their bad wine makes Vino Toro look like champagne.

Worth mentioning, price-wise, Israel isn’t the cheapest country in the world, but it’s definitely less expensive than Europe. Probably on par with the US.

Carlo Alcos: Ummm…Nick, you want to turn this into a feature for Trips? You could also play off Hal’s piece: http://matadortrips.com/4-reasons-why-i-want-to-travel-to-syria-right-now

Lemme know! We could use it.

Nick: Was thinking about this today, actually. Will email you and Hal separately ’bout covering some more Middley East stuff.

Carlo: Sweet as. Bring it on.

Tim: You know, this whole thread could just be slapped into a feature for Trips – a little “behind the scenes at Matador” angle to the whole thing, hammering home the authenticity factor.

And so we did.

I felt safer traveling to Aruba during the pandemic than I have in the United States in months
Motels are making a huge comeback, and these are 10 of the coolest in the US
Everything Americans need to know about traveling to Mexico right now
The best stops on the Blue Ridge Parkway
Americans are rushing to buy a second passport, and here’s what it takes

Has ISIS made being an international aid worker too dangerous to be worth it?

“It’s Jihad, man”: On the Syrian front lines with the FSA

What journalists carry on the front lines: Achilleas Zavallis, Syria

What journalists carry on the front lines: Lucas Pernin, Syria

A bitter taste of freedom for Syria’s Kurds