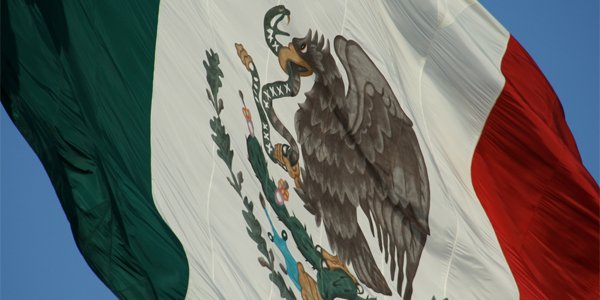 Feature photo by `David. Photo above by Esparta.

Here’s a simple guide to rockin’ Baja over a long three-day weekend. All you need is a thirst for adventure, insider tips and a set of wheels.

The best city to fly into for your Baja expedition is San Diego. Flights are cheap from most destinations and the airport is user friendly. Shuttles over to the rental car area are short and sweet and the only thing you have to remember is to purchase Mexican car insurance. Any rental vehicle will do; just get something easy on the gas and light on the pocket.

Crossing the Mexican border is cake. You don’t slow down, you don’t stop, and rarely do you hit a tangle of traffic going south (it’s the northbound traffic that kills).

San Diego is just a few miles north of Tijuana, so once you get on Highway 5, expect to haul ass across the border in less than 20 minutes. Follow the easy-to-spot signs for the toll road (Highway 1-D) and attempt to keep up with the faster-than-lightning speed of other cars. Careful the slick cops, though; they patrol this trail non-stop, on the hunt for heavy-footed travelers on a southbound mission.

Insider Tip: Once you leave the tourist pockets of northern Baja, make sure you fill up on gas any time you see a Pemex station. You’re heading into the lawless (and gas-stationless) interior of Baja and running out of gas is common for those who think they can “just make it.” 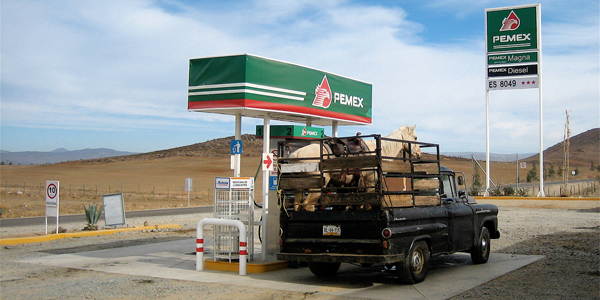 Heading out of Tijuana, your jaw will literally drop at the view of the mighty Pacific crashing into the cliffs. Sweeping mountain ranges bleed into tidy vineyards and giant foaming waves keep you company all the way to Ensenada (69 miles south of Tijuana).

The toll road ends in this touristy seaside city, so start making tracks on the old Transpeninsular Highway, better known as Highway 1. This 1000 mile, two-lane road takes you all the way to the Sea of Cortez, and getting lost is next to impossible.

Tucked away in the dusty valley of San Quintin is a backwoods foodie favorite called Cielito Lindo. This local beachfront institution always has massive cracked crab claws on offer. The place is loaded with weather-beaten old-timers, all of them one shot away from hitting the floor. 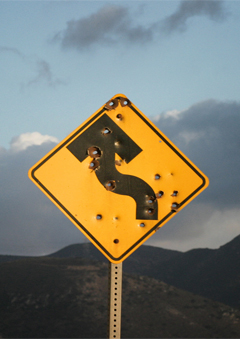 After you order up a platter of buttery, paprika doused claws and an icy cold cerveza, watch the madness unfold at the bar.

While you slurp a gratis bowl of smoky black bean soup, the regulars—mostly folks who live in the trailer park behind the restaurant or are beach camping for cheap at Gypsy’s—will belt out impromptu songs about lost love and, most likely, offer to buy you a beer.

Have one on them before exploring the six protected bays of San Quintin and her miles of empty beaches.

Your goal is to make El Rosario around sundown (an hour south of San Quintin), because driving after dark on the no-streetlight-no-side-railing Highway 1 is enough to make your skin crawl.

Plus, the Baja Cactus Motel, a dandy little treasure in this middle-of-nowhere pit-stop, has the most comfy beds this side of Guerrero.

Mama Espinosa’s, the historical late-night cantina next door, is a must-see. This old-school haunt has the fattest lobster burritos in Baja and who doesn’t need a shot of tequila after the harrowing drive into the barren bowels of inland Baja. Make that two shots, extra lime.

Insider Tip: Ensenada has dozens of Baja fish taco stands around town and the best ones are found alongside the marina. A few bones gets you a crispy fried fish taco and a frosty beer. Breakfast of champions. 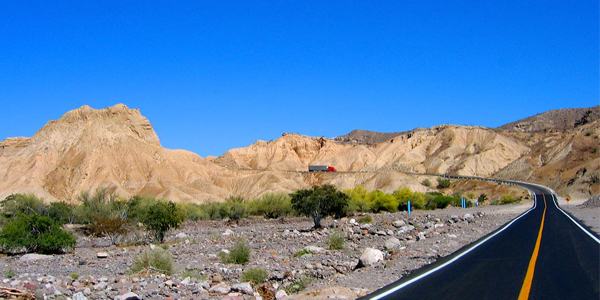 Blazing across one of the emptiest deserts on earth before the sun rises ain’t no joke, but getting an early start is the key to making it to Bahia Concepcion and the legendary Sea of Cortez for a late lunch.

Get your Nescafe fix from one of the busy village tiendas just before you exit El Rosario and keep pace with the salty truck drivers. They plow this route weekly and it’s nice to share the path with some hardcore Bajans. 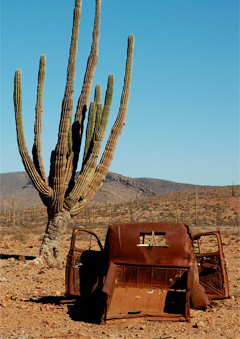 Be prepared to floor it past them on their slow-as-molasses uphill jaunts, though, and before long you’ll be dead alone flying through the cactus dotted mountains and watching the sun rise up.

The landscape is magical beyond belief and very ‘Land of the Lost’ish’…except instead of dinosaurs to contend with, you’ve got machine gun wielding military checkpoint guards. These young bucks set up camp deep in the canyons and often times you are totally alone with them as they search your vehicle and quiz you about where you’re headed.

Don’t sweat it though, they are all pussycats and usually take great delight if you can sling a few words of Spanish their way. Solo gals also get the whole “Can I come with you, please?” speech followed by a round of giggles. A couple of photo ops later and you’ll be on your way.

Guerrero Negro is the border town that separates northern and southern Baja. This is where you buy a tourist visa and get your vehicle sprayed down for vermin. You simply pay a dollar to a guard, purchase your required visa and get back on the road. Why do the guidebooks make it seem so difficult?

The desert south of Guerrero turns downright primitive and you can go a hundred miles with only wild stallions and tumbleweeds to keep you company. Once you blast onto the far east coast of Baja, expect slam-on-your-brakes vistas–deep blue seas and arresting landscapes as far as the eye can see. 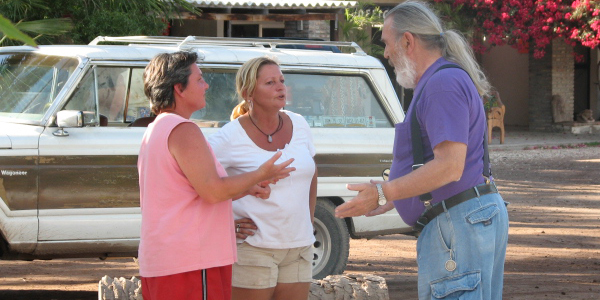 For a real culinary treat (re: immediate hurl), you can wander over to the riverside and see fresh manta ray drying in the sun. Once caught, it’s slivered paper-thin and laid out on drying racks in the blazing heat—usually covered in flies. After it’s leather dry, it’s sold to nearby restaurants, where they chop it up and toss it into some mighty rich egg dishes.

If you’ve lugged camping gear, head all the way to Playa Santispac (KM 114) to set up camp. It’s the quintessential campground in Bahia Concepcion, a national marine preserve, and a perfect overnighter for those with lean pockets.

If you roll sans tent, check into Cuesta Real, a shipshape motel a few miles north of the remote coves that make up Bahia Concepcion. The heat in Baja can get blistering, so the AC here comes in handy.

Insider Tip: It’s just as easy to pull your car over into one of the beautiful campgrounds and sleep in it. In the outlaw land that is Baja, not a soul will question your motives and you’ll most likely have the whole dune to yourself. 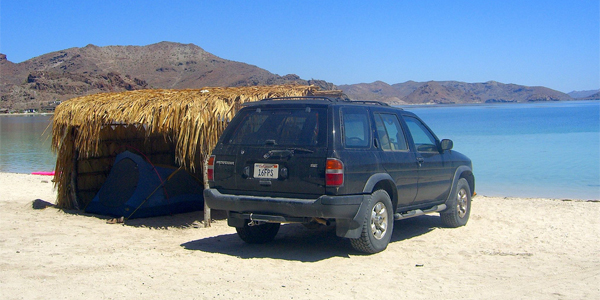 Once you hit Bahia Concepcion, the real beauty of Baja starts to emerge. Though the desert is breathtaking in its own right, no place in Baja can compare to the spellbinding visuals of Bahia Concepcion.

This rugged outpost is where the dream seekers come. You’ll see SUV’s loaded down with kayaks, quirky expats living out of VW campers, and rugged sailors riding the winds. Every which way you turn, there is someone living out of their truck, just taking advantage of cheap camping, world-class fishing, trail-blazin’ hiking, calm waters, perfect fish tacos and of course, potent margaritas.

After sorting out your digs, head immediately to Playa el Burro (KM 109) for a taste of the good life. It’s home to a string of colorful locals who’ve set up RV’s and built palapas around them, creating their own small slice of utopia.

Just behind the craggy community lies Bertha’s, a favorite spot for those on the hunt for double-fisted margaritas and piles of heavenly coconut shrimp. The tequila pour is as it should be—way on the heavy side—and with one down, the only proper thing to do is get another stiff drink to go, strip down to your bathing suit and wade out into the bathwater warm Sea of Cortez.

The sea’s pristine, ever-changing sparkle will haunt you for the rest of your days and this is the exact moment in time you’ll long for once you’re back stateside.

Insider Tip: Lounging in the empty pool at Cuesta Real once the sun has gone down makes for the ultimate lesson in astronomy. Stars shine bright as headlights and they seem so close you could practically reach up and grab them. Of course, a little vino makes you think it’s actually possible. 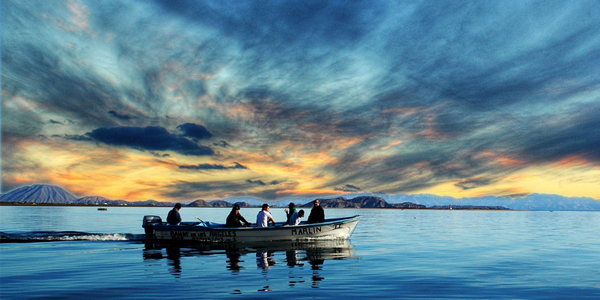 For some reason, getting back to the border seems to take way less time than getting away from the border, so after a luxurious sleep, pack up and head north. Stop in the surprisingly quaint town of Santa Rosalia for a two-dollar egg breakfast. This funky port town was once a French mining village and you can see remnants of that flavor in the rainbow of clapboard houses lining the streets.

Food is on the docket for the long drive home, so anytime you pass a cardboard sign for nieve (snowy Mexican ice cream), hit the brakes and partake in this utterly delightful treat. Tamale stands are also few and far between, but if you see one, grab a half dozen hand-slapped bullets for the road. Pork and chicken are usually what’s for lunch. 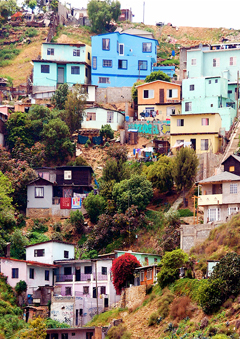 Since your flight’s not ‘til the next morning, spend the night 45 minutes south of Tijuana at La Fonda (KM 59). This seaside restaurant/spa/hotel is just what the doctor ordered before heading back into the USA.

The crowd of surfers and Harley boys can get a little rowdy once the sun drops, but after a deep tissue massage and a stroll on the beach, nothing in the world could beat a blended strawberry daiquiri and a mess of perfectly executed fish tacos. Especially when the walk to your ocean-view room takes about 30 seconds.

Baja is one of the choicest places in the world to drop off the face of the earth and leaving it behind is a journey loaded with fierce regrets. Baja is a haven for rogue adventurers keen on finding paradise and a must-see for those who want to experience another side of the world without straying too far off-grid. Now you know how to make it all happen in just 72 hours.

Insider Tip: Plan on leaving at the crack of dawn to make sure you get to the airport in time for your flight. The snarled lines weaving their way toward the US border in Tijuana are brutal. Food is aplenty though, with makeshift carts halting traffic on all sides—tamale, elote and nieve hawkers to the rescue.

You can now visit an entire museum devoted to avocados, millennials

Killed American sailor’s dog stays by his side

Living the dream on a bike

You will never hate on anchovies after watching this aerial video

9 ways to save money in San Diego

7 memories every San Diego native has