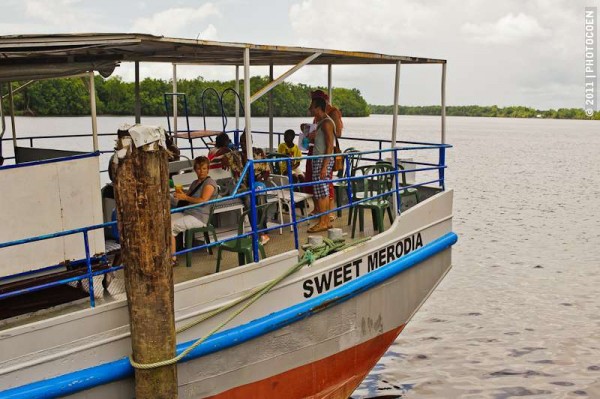 TRIP 2: With the Sweet Merodia to plantations near Paramaribo

Cynthia McLeod is a famous Surinamese novelist who, in 1987, published Hoe duur is de suiker (“The high price of sugar”), a bestseller and the first of multiple books by her dedicated to Suriname’s history in the era of slavery.

She lived abroad for many years, and on her return concluded that most Surinamese children don’t get to see anything of their country. She decided to do something about that and had a boat built, which she named Sweet Merodia.

McLeod’s boat takes visitors on day trips from Paramaribo down the Suriname River and up the Commewijne, with stops at the children’s home of Sukh Dhaam and two plantation sites. There’s no more comprehensive way of learning about Suriname’s colonial past.

Tourists pay 40 euros, a high price by Surinamese standards, but the money is used to finance educational school trips on the Sweet Merodia so local students can partake in this experience as well.

After Suriname’s abolition of slavery in 1863, most of the country’s plantations crumbled and were recaptured by forest or savanna. But for the two plantations we visited, fate has been kinder. 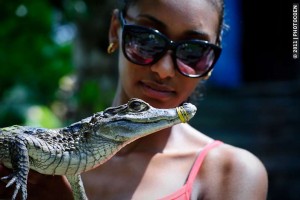 Plantation Rust en Werk has been transformed into a profitable farm with 4,000 cows and ponds for raising fish and shrimp. We strolled the grounds, buying local products such as dried shrimp, and Cynthia showed us to the graves of the former plantation owners.

Plantation Frederiksdorp dates from 1760. The white clapboard houses on stilts with dark-green painted windowsills and shutters, red roofs, and verandas running the entire widths of the structures have been beautifully restored, giving a strong impression of what a prosperous Surinamese plantation looked like.

The owners, Ton and Marianne Hagemeijer, are proud of having been able to preserve the only ancient cacao-drying floor in Suriname, a project which was the first outside Paramaribo to be put on Suriname’s List of Monuments. Part of the plantation is a guesthouse that consists of six houses, each sleeping up to four guests.

During the colonial era, life in Suriname centered on sugar plantations. As the Sweet Merodia sailed the rivers, we were captivated by Cynthia’s vivid accounts of the dedication, frustrations, mismanagement, and wrongdoings of the Dutch governors, and the transportation, exploitation, and lives of their slaves. 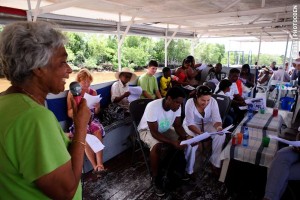 Cynthia McLeod entertains her guests with stories on the Sweet Merodia

Cynthia McLeod is an incredibly strong voice for Suriname. She doesn’t fear bringing up the darkness of the past, but she advocates for the Surinamese to stop considering themselves victims and to believe in their strength. “Where would the Dutch have been without us? We survived slavery, we can do anything!”

She believes Suriname has the potential to develop into a strong nation, and she wants her fellow citizens to believe it.

Next to me sat a teenager who initially wasn’t interested in the tour. Listening to a 75-year-old lady all day and visiting “historic” plantations wasn’t his idea of fun. But I watched him listening with growing intensity as the day went on. At the end, he walked up to McLeod, shook her hand, and said, “Thank you. My dream is to be a teacher. You’ve set a great example, and I hope I’ll be able to inspire my students like you inspired me today.”

Prev Page Next Page
Tagged
Trip Planning Suriname
What did you think of this story?
Meh
Good
Awesome

10 experiences you can only have in the Guianas