14:22 Mar 7, 2018
Top Countries
Top CitiesView All Destinations
Trending Countries
Trending Cities
Load More
Matador’s expert on New Zealand lays out the avoidable attractions in the country’s largest city…and what you should do instead. 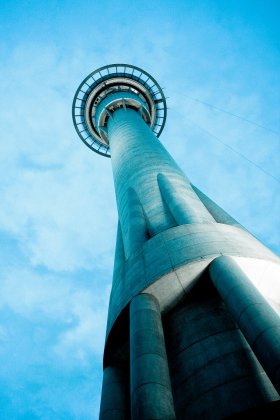 In Auckland, you can jump face-first off the Sky Tower, try a bungy jump (both reverse and the traditional — from the Harbour Bridge), and of course skydive.

And, okay, if you’re only in Auckland as a stopover, by all means go for it. But for those headed south, there are many more and better opportunities to shake, fling, roll, or bounce yourself silly.

Do… get cultured and soused

There are museums, galleries, beaches, and shopping by day, and plenty of clubs, bars, and gigs at night.

Find out what a flat white is by indulging in Auckland’s café culture, particularly on Karangahape Road or in Ponsonby.

Or, if you just want to relax, you’ll find lots of like-minded individuals to shoot the breeze with in the common areas of the city’s many hostels — known here as “backpackers.”

2. Don’t… expect anyone to recognize your jersey

There’s a small contingent who follow American football, and lots of people shoot hoops in the park. Our soccer team has even made it into the 2010 World Cup.

But those aren’t the biggest sports down here.

Highly recommended are netball, cricket, and of course rugby. You don’t have to spend a lot of money to see them, because every park is filled with local teams at the weekend. Just check the map for green areas and head on over. You’ll be surprised at the turnout even for social matches.

If you do have money to spend, it’s worth trying to get tickets to watch either cricket or rugby at Eden Park. While many North Americans say they don’t “get” cricket, if you go to a one-day match (a “one-dayer”), you’ll be all right. 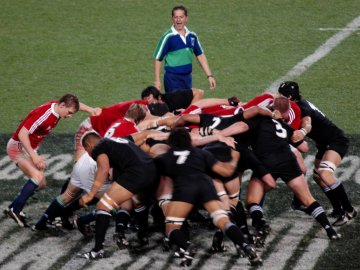 And since rugby is one of the things New Zealand is famous for, there aren’t many more “authentic” local experiences than watching the All Blacks play.

Not that you would, but who knows what’s in some of those giant backpacks. You won’t need any dressy clothes unless you’re here on business.

Even when dining at a nice restaurant, the tendency is to under-, not over-, dress.

Do… focus on comfort

New Zealand is a laid back sort of place with a relaxed dress code. The summer uniform is shorts and jandals (flip-flops); for the winter, well, just add a hoodie and beanie.

Fleeces are also popular in the winter and you’ll see a fair number of commuters wearing them whether they have a t-shirt or a shirt and tie on underneath.

Auckland can seem pretty small, and in many respects it is. The CBD (Central Business District) and its little collection of high-rise buildings don’t match up to those of most international cities.

But remember — there’s much more to Auckland than the CBD. Out west you can drive or tramp through native bush to the other side of the Waitakere hills to find some prime beaches. 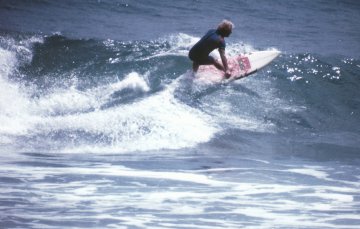 In the harbour, there are many islands to explore — Great Barrier, the beaches and wineries of Waiheke Island, and Rangitoto and its climbable volcano.

Locals can be somewhat confused when visitors complain about the food, so perhaps it’s not obvious where to look for the best eats.

Ask around and make a habit of walking down side streets to see where Aucklanders are eating. Of course, you do need to try a steak and cheese pie or a mince potato top, but don’t stop there.

New Zealand is geographically much closer to Asia than Europe, and we’re slowly embracing this fact. For specific recommendations, check out Eating Asian in Auckland: A City Guide to Ethnic Food.

6. Don’t… stay indoors in the summer

It’s just not allowed! No self-respecting Kiwi would waste a perfect day indoors when there’s so much going on outside, and we’d be horrified to think that our visitors might miss out on what life is all about here.

Do… check out the festivals 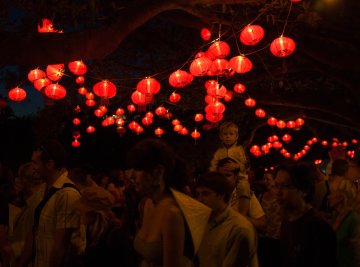 Many of these are free.

There are cultural festivals, like the Lantern Festival at Chinese New Year, and Pasifika, one of the biggest Polynesian festivals in the world.

Many parks host local festivals, where you can bring your own picnic and enjoy the free concerts, plays, or movies.

7. Don’t… freak about the rain

It’s not worth waiting for the rain to stop before you head out. Accept that some days might not turn out picture perfect and sunny. But that’s not to say it’ll be pouring the entire time.

With reference to the advice in #3 above, you’ll begin to understand why Kiwis dress for comfort. In ten-minute intervals you’ll be rained on, get sunburnt, or catch a chill from a southerly (cold winds that come up from Antarctica).

Seriously…don’t. Thanks to the hole in the ozone layer, the burn time in New Zealand is about 7-10 minutes in the summer. Many people don’t believe this and suffer the consequences on their first trip to the beach.

Do… wear sun protection at all times

The good news is we’re more aware than ever about the dangers of the sun and there’s a wide range of sunscreen available at any chemist’s (drugstore).

Ask any Kiwi kid and they’ll tell you to “Slip, Slop, Slap, and Wrap!” Translated, that’s slip on a shirt, slop on some sunscreen, slap on a hat, and wrap on some sunnies (sunglasses). 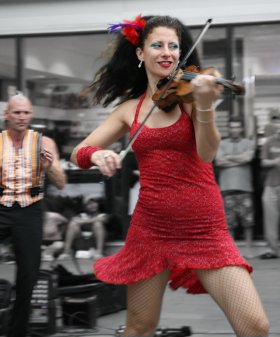 With such a small population, it’s hard for New Zealand to attract big name bands. There are many talented local musicians that have filled the void.

Do… pick up a gig guide

You can find guides and flyers at Real Groovy, Tourist Info, and the many city cafes to get an idea of what’s on.

New Zealand is an island nation that likes laid-back sounds influenced by reggae, dub, and Polynesian music, but we’re also into our rock, pop, you name it.

Check it out — since it’s mostly local, you have a good chance of getting into the afterparty.

Downtown is great for outdoor gear, t-shirts, and souvenirs, but it’s mainly chain shops. Apart from some interesting outdoor wear, there’s probably nothing you couldn’t find back at home.

Karangahape Road (called K’ Road) and its side streets are Auckland’s alternative area. There’s an Asian supermarket if you’re missing tofu, a couple of places to sit and write your journal with a cup of chai and an Indian sweet, secondhand shops, bars, and cafes with good coffee and atmosphere.

This is also the place to get a Maori tattoo. Everyone’s doing it.

The Traveler’s Notebook has podcast called Road Trip: Northland, New Zealand and info on How to Work New Zealand’s Wineries.

How to plan for 2021 travel in the age of COVID, according to 23 travel agents
Everything Americans need to know about traveling to Mexico right now
7 countries you can’t enter if you have a DUI
The best stops on the Blue Ridge Parkway
13 airports where you can get tested for COVID-19 in the US

Eating Asian in Auckland: A city guide to ethnic food

The best and worst toilets in the world