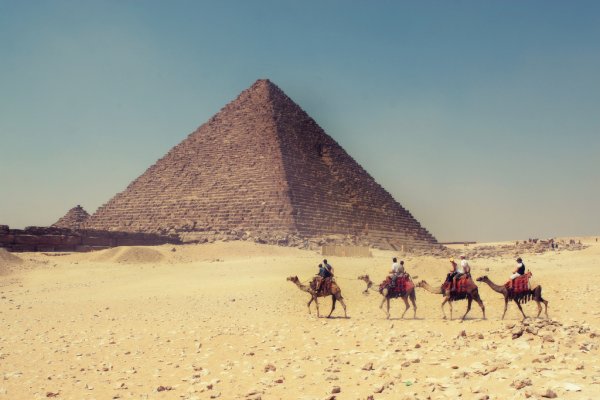 Matador’s destination expert on Egypt lays out the country’s avoidable attractions…and what you should do instead.

1. Don’t… ride a camel at the Pyramids

Those gaudy pompoms and tassels look rather fetching on the camel, and you couldn’t ask for a more magnificent backdrop for your showoff photos than the Pyramids. The owner will even tell you his camel is free to get on.

It is. It’s just getting off that’ll cost you whatever cash you’ve got. Leaping off an eight-foot-tall camel is no easy feat, and sand ain’t so soft when you land nose first.

Do… ride a camel into the desert behind the Pyramids

There are loads of stables near the Sphinx that arrange trips into the desert. Shop around — prices and the condition of the animals vary greatly.

The best time to go is for sunset. You get a wonderful view of the Pyramids, combined with the mournful call to prayer that echoes through the desert from mosques all over Cairo.

Word of warning: For every leg-splayed hour astride a camel, you’ll spend a day walking like John Wayne.

2. Don’t… take a guided tour of the West Bank of Luxor

There’s a good chance you’ll spend more time touring the alabaster factories than the sights. And even some of the best guides will bludgeon you into indifference with an endless succession of pharaonic “facts.”

Sure, you can see his shriveled head and feet poking out each end of a grotty blanket. But the portion covering his body is suspiciously flat. 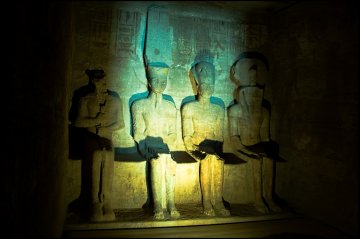 Do… hire bicycles and go your own way

Ride through dusty villages and bright fields of sugarcane, visiting the sights you want, at the pace you want.

At the Valley of the Kings, visit the tomb of Ramesses V instead of King Tut. Tremendous colours in there.

Everybody does this, but it turns what should be a pleasant ascent into a nightmare. You have to get up before you’ve even gone to bed and stumble up a bumpy track in the pitch black while trying to dodge pilgrims and camel farts.

By the time you reach the top, in desperate need of some sort of salvation, there probably won’t be any room for you.

Do… climb for sunset instead

That way you can avoid the crowds and enjoy views of a desolate landscape.

If you arrange it in advance, you can have the local Bedouin cook you dinner and spend the night on the mountain. You’ll wake up refreshed and in prime position to watch sunrise from the smug comfort of your own blanket.

This temple is on an island south of Aswan, and is far too hot and exposed to visit comfortably during the day.

More importantly, flooding caused by the building of the Aswan Dam and the High Dam has washed all the colours away. It’s hard to pick out any details in the harsh sunlight.

Fun fact: After the High Dam was built, Philae Temple was completely submerged. While still under water, it was chopped up and moved to another island.

Do… visit at night for the sound and light show

See the temple blaze against the ink-black sky. The melodramatic story is narrated by “ancient gods and goddesses,” and is simultaneously fascinating, inspiring, and unintentionally hilarious. 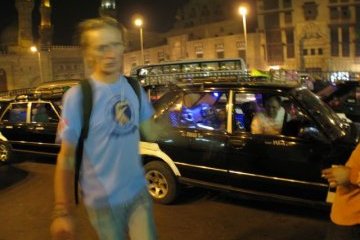 He won’t understand how that’s possible.

There’s a time and a place for enlightened religious discussion, but it’s not when you’re jammed into a Cairo taxi, sweating fumes, and battered by car horns.

Do… tell him you’re a Christian/Muslim/Jew

It just makes life easier. Anything else will open up a can of holy worms.

When giving directions, end each sentence with “insha’Allah” (God willing). As in, “Turn left, insha’Allah.” You’ll get an automatic 2 LE reduction on your fare.

There’s a reason why these sexy-sounding little sticks cost only 50 cents a pack. And it’s not, as some would have you believe, because they’re fortified with Vitamin C. 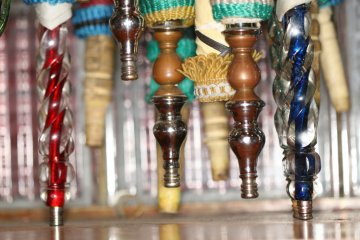 Do… mellow out with a shisha pipe

These water-pipes are used to smoke a sticky, fragrant tobacco that comes in loads of different flavours. Apple is a classic. Unflavoured maasel will blow your head off.

Shisha pipes are best enjoyed in a local coffeeshop over a game of backgammon and a cup of grainy Turkish coffee.

Unless you really like slurping on a gelatinous green soup the consistency of snot mixed with semen. With added stringy bits.

This is a carbohydrate bomb made out of pasta, rice, lentils, chickpeas, fried onions, and tomato salsa, topped off with a potent chili sauce. Sounds gross; tastes great; costs next to nothing.

Also try pigeon, although with extreme caution. Not only is it booby-trapped with hundreds of fine bones, the Egyptian word for pigeon is very similar to that for toilet.

This includes, but is not limited to: 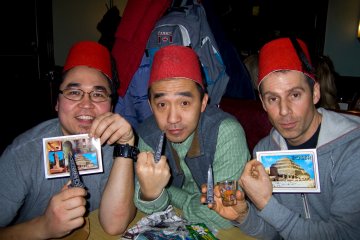 Do… seek out genuine, practical souvenirs

You can pick up decent, wearable galabayas at any local market, and good quality shisha pipes from just north of Khan al-Khalili.

Spices, scarves, perfume, and silver are all good buys (though the silver isn’t that pure).

If you must buy pharaonic kitsch, go for a sandstorm-in-a-pyramid paperweight. Now that’s a classy souvenir!

What did you think of this article?
Meh
Good
Awesome
Bookmark
Posted In
Travel
Destinations
Egypt

Instagrammer thrown in jail for climbing one of Giza’s pyramids