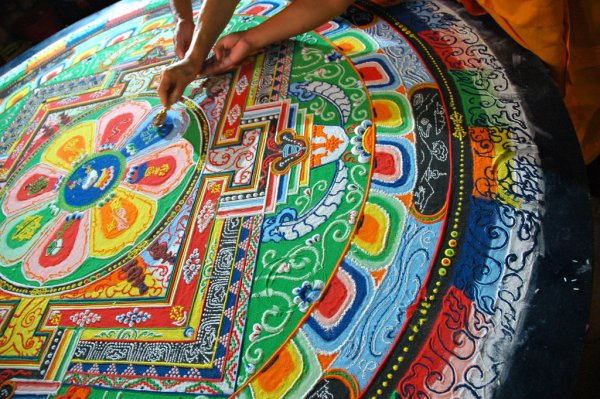 Matador’s destination expert on Tibet lays out the country’s avoidable attractions (and mindsets)…and what you should do instead.

1. Don’t… assume Tibet is only Lhasa and the TAR

The Tibet on maps doesn’t match up with ethnic Tibet. The Tibetan Autonomous Region (TAR) is highly controlled and expensive, and much of the money you spend goes back into enforcing Chinese rule over Tibetans. 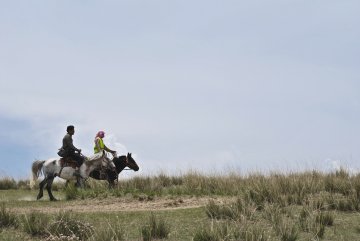 Do… get outside the TAR and explore more of Tibet

Areas outside of the TAR tend to be less controlled too, so you’re more likely to be able to move freely and make lasting connections with people.

Not that you would, but don’t. Chinese tour groups are notorious for rushing you from one photo op to the next, never leaving you enough time to linger and feel the place. In Tibet, that’s a cardinal sin.

Often, too, tour guides are Chinese migrants from eastern cities who simply repeat official government propaganda, while Tibetans are relegated to unemployed observers in their own land.

If you do go on a tour, ask around and hire a local Tibetan; you’ll most likely be rewarded by being taken to his family’s village and meeting locals. Check out these guys too — they employ only Tibetans.

Do… hire a driver to go beyond Lhasa, Xining, and Shigatse

It can be a bit expensive, but with the wide-open plateau beckoning it’s worth it. 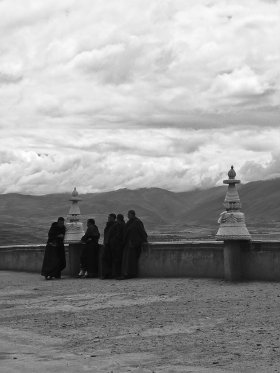 Imagine driving across the open wilderness of Montana, and then add in nomads and their black tents and you have Tibetan picturesque.

If you venture outside the city you’ll see a truer Tibet, but it’s not always what we hope. Besides the nomads and amazing open country, you’ll encounter concrete block villages that house resettled nomads.

Why, you ask, should I want to see this? The answer is that it will utterly change the way you see and imagine Tibet, and the way you understand every future article about Chinese oppression or ‘Free Tibet’ demonstrations. Consider it an education.

You won’t last long if you do, and you won’t be helping the Tibetans either.

If you want to make a difference, give an ear to the oppressed stories of Tibetans.

Many Tibetans lack an outlet to talk about their lives and will jump at the opportunity to tell you about their families and land.

Just be careful of asking too much — some are too fearful and better left alone.

4. Don’t… expect to get anywhere quickly

Once, on consecutive days, I took two buses a total of 36 hours to travel approximately 250km. The entire time I was squeezed between sweaty nomads who’d never even considered a bath and had to breathe in either frigid air from an open window or clouds of cigarette smoke.

Despite all of that, I look back on the trip with the pleasure of survival. The roads and buses in Tibet are always in disrepair, so you should always expect a longer trip than they tell you.

Do… take your time and go with the flow

It’ll help your sanity, and you’ll actually get to see Tibet in its everyday normalcy. 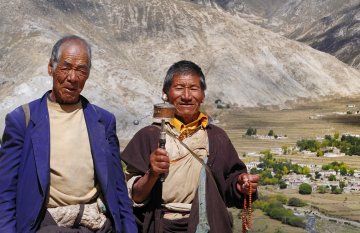 They are a deep and mindful people.

Do… bask in the slow pace and long conversations

I can remember lying around in a nomad family’s tent all afternoon sipping appalling amounts of milk tea while discussing the pro’s and con’s of the upcoming Olympics with ‘uneducated’ nomads.

It was enlightening and challenging to my assumptions.

The tenderness of Tibet is easily accessible through the people, and the workers at Tibetan guesthouses are all too ready to befriend you.

Often, Chinese hotels underpay their Tibetan workers and lock them into long-term ‘contracts’ that are one-sided.

Do… stay local to help locals

You’ll likely be invited to sit around and spend your evening with the family running the guesthouse, or to grab a drink with the staff.

It’s well worth the slightly dingy rooms, and you’re helping stimulate their local economy, too. 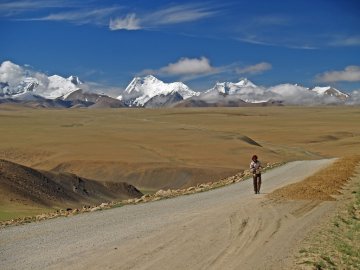 This is especially important to note if you plan on taking long-distance buses into Tibetan areas from Chengdu, Kunming, or Xining, as the elevation steadily rises without you realizing it.

Remember, it’s the healthiest and fittest who usually suffer the worst. Just remember to go slow and take time to enjoy stops along the way.

Do… take your own food to remote areas

Tibetans live on a diet of mostly barley and meat. Vegetables are hard to grow at high elevation and too expensive and perishable to transport in, so they’re hard to come by.

If you love your veggies, pack them in. You’ll be glad you did. A week of meat momos and tsampa can wear on even ironclad stomachs. I know this all too well.

Tibetans are proud of their guard dogs, and often leave them free to wander. These dogs back up their bark with vicious bites. I know an American woman whose forearm was crushed by a dog bite.

Be careful, and if you walk around alone carry some stones to throw at vicious dogs — seriously. I once survived a rush by a pack of dogs by pelting them with stones until my guide and I could get across a river.

Do… take a hike

Hiking in Tibet is not easy, given the issues of accessibility and altitude, but it’s well worth it. Even a jaunt into the hills around Lhasa or Xining will repay you with distant horizons or at least a breeze that seems to carry the world away.

Check out the book Trekking in Tibet: A Traveler’s Guide for some trails.

Interview: The Fate Of Tibet According To Rinchen Khando Choegyal

How To Free Tibet? Lhasang Tsering Has A Plan