01:00 May 5, 2020
Top Countries
Top CitiesView All Destinations
Trending Countries
Trending Cities
Load More
Matador’s destination expert on Uruguay lays out the country’s avoidable attractions…and what you should do instead. 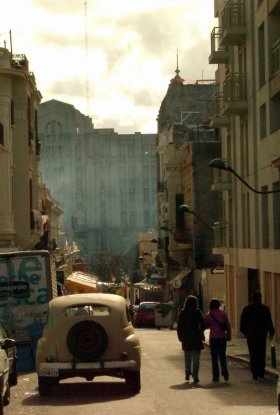 Much like Santiago de Chile, Uruguay’s capital city is close to Buenos Aires (actually much closer at 145 miles) but is also worlds apart.

Buenos Aires has been called South America’s Paris, but Montevideo doesn’t approach that scene…nor want to.

Do… enjoy the capital’s tranquilidad

You might first notice it when a car stops to let you cross the street.

Ask any Montevideo local to describe their city, and you’ll get the standard: “tranquilo.” Anthony Bourdain said it the best:

There are restaurants and bars serving quality coffee in Montevideo — even the McDonald’s has a separate café inside its Ciudad Vieja (Old City) location.

But if you don’t explore beyond the Western Hemisphere’s hot beverage of choice, you’re going to miss out on something special.

Tasting like a super-strong green tea, mate in Uruguay is more than a drink. It’s a way of life. People commonly walk the streets of Uruguay with a thermos full of hot water, sipping from their gourd.

Sharing mate is a ritual that can last hours and provides an excellent opportunity to get in with the local culture at ground level.

Warning: Although in other countries it might be tolerated, DO NOT move around the bombilla (metal straw) while drinking.

Uruguayans are a conservative people who don’t seek out change. They stick to tradition and to what they know — and that holds true when it comes to food. 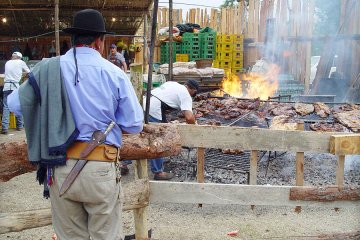 Photo above and feature: Vince Alongi

Do… feast at an asado

As with many events in Uruguay, asados (barbeques) are a prolonged production. But the rewards are great: relaxed times with friends, slowly (very slowly) cooked meat impossible to stop eating, and another view into Uruguay’s traditions and culture.

Don’t plan on stopping by an asado for an hour — it requires at least four. Send out an email to the very active Couchsurfing Uruguay group to see if they can organize one for your visit.

Other recommendations: empanadas and beef, of course. And don’t pass over chivitos — essentially a steak burger garnished (somewhat) creatively at times. Ask for the chivito canadiense, which comes with onions, egg, olives, pickles, and sometimes bacon.

This is Uruguay’s most famous beach town, catering to the rich, the famous, the tourist, and the backpacker at the same time. It’s rowdy during summertime when it fills with Argentines and Brazilians.

Clubs, beaches (including stretches with names like Bikini Beach), and overflowing restaurants make the months between December and March una locura. 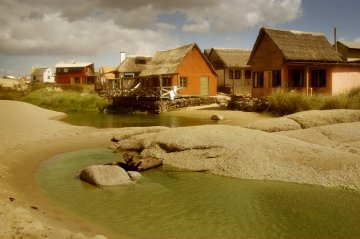 Do… check out Uruguay’s other beaches

Keep traveling east and check out Punta del Diablo for a small fishing village environment with a few surfing beaches thrown in.

Again, be prepared for the crowds in summer, but with more of a backpacker vibe.

5. Don’t… go to Uruguay to save money

Compared to the States, Uruguay is still a bargain. But matched with other South American countries that doesn’t hold. You’re better off saving the dough traveling around places like Peru or Bolivia.

Barely trailing Asunción (Paraguay) and Santiago (Chile), Montevideo was recently ranked the third-safest city on the continent by the Mercer consulting firm.

Again, in many ways, Uruguay can seem to exist in a time warp. This goes for the majority of the music you’ll hear throughout the country, whether on the radio in a cab or on the dance floor (indeed, it seems to be a regional phenomenon).

Do… prepare for your 80s fix

No joke — Uruguay is infatuated with the past. Take a Montevideo bus ride and you might hear a Peter Frampton tune followed by a Billy Ocean gem.

They even devote a night — La Noche de la Nostalgia (The Night of Nostalgia ) — to music of bygone years on August 24th each year. 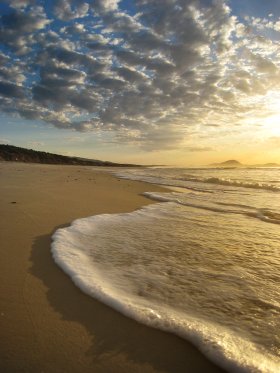 7. Don’t… expect the mountains of Argentina and Chile

Um, because there aren’t any mountains in all of Uruguay. The highest elevation in this Missouri-sized country is about 500 meters (1,500 feet).

Do… explore the coast

In as little as a 30-minute drive outside of the capital, a chain of welcoming beaches begins — some surrounded by small cities or towns, some completely untouched by civilization.

These beach getaways are well worth the drive or easy bus ride.

This reads harsh, but there’s good reason. Touristy sections of Montevideo are home to the planchas, a community of young people hooked on the drug pasta base and looking to do nothing else than buy more.

It’s an impure cocaine sulfate that takes a heavy toll on the body — one sign is teeth being eaten away.

Do… give food and time

They’d rather splurge on the next hit, but what they really need is food. Buy a couple empanadas and sit down with them; listen if they want to talk.

Warning: If it’s nighttime and you’re alone, it’s best to move on without engaging.

Now that Argentina’s decided to charge a $131 reciprocity fee for Americans arriving in Buenos Aires by air, Uruguay is looking even sweeter. Hit up Dominic with your questions before you go.

Tagged
Travel Uruguay
What did you think of this story?
Meh
Good
Awesome

If you weren’t already sold on Uruguay, go for the wine

How to: Pick your next beach vacation

20 iconic and unusual hot drinks around the world

On the ritual and romance of mate

Guess which country is set to legalize marijuana

Walking on the beachside Rambla in Montevideo, Uruguay, the longest sidewalk in the world