WE ARRIVED AT THE Calgary International Airport fresh off a 2012 American ski season that never bothered to show up. Colorado was hurting for snow, so was Utah, and it was practically still summer in Tahoe and Mammoth. But we had heard from multiple sources that the Kootenay Rockies in southeastern British Columbia had been getting hammered with snow, and that more was on the way.

Filmmaker Brian Chu and I flew to Calgary and rented an SUV with the plan of hitting three ski resorts whose names I had only heard a couple of times: Fernie, Kicking Horse, and Revelstoke.

The sum of the next nine days would be the best ski trip in the 28 years of skiing I have under my belt. To accompany the above summary video of our time on the Powder Highway, here are three reasons you should think about heading north and following this itinerary for your next big ski trip.

Fernie, the southernmost stop on our trip, is less than an hour from the US border in Montana, and it’s under five hours’ drive from the international airport in Spokane, Washington. If you’re coming from farther away, flying into Calgary is probably the best bet, as Fernie is a quick 3.5-hour run through gorgeous, wild mountainous landscape.

The best part is that Golden — where Kicking Horse is — and Revelstoke are each only a few hours north of Fernie. Keep in mind that the Power Highway is not limited to these resorts. In addition to several others, there’s also a lot of opportunity for heli- and cat-skiing in the backcountry.

If you wanted to do a longer trip and more of a loop, you could add Red Mountain in Rossland and Whitewater in Nelson. For example: Calgary -> Fernie -> Red -> Whitewater -> Revelstoke -> Kicking Horse -> Calgary. Check out the map to the right to help you plan your trip. 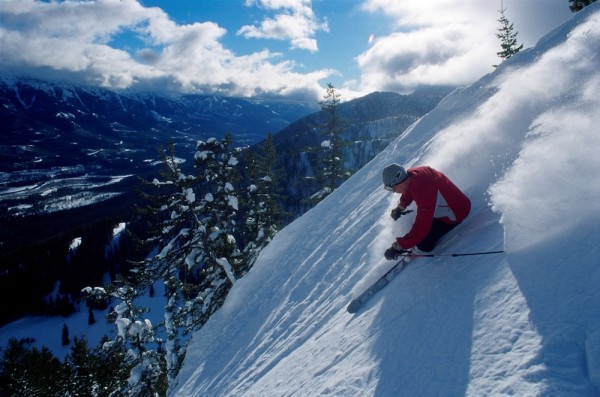 I’ve been lucky enough to ski all over the world. From Utah’s Little Cottonwood Canyon to France’s Chamonix and Argentina’s Las Lenas, I’ve skied a lot of mountains. The vertical feet (about 4,000 per resort), super steep terrain, and bottomless pow that we found in the Kootenay Rockies stands up to any ski region in the world. 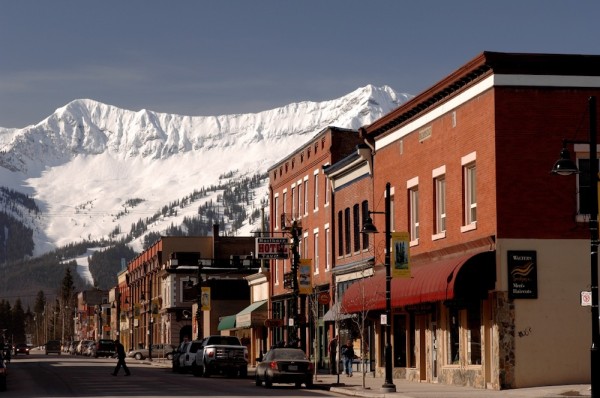 This is the category where the Powder Highway blows just about anywhere else I’ve been out of the water. Despite the world-class skiing up in this corner of the Canadian Rockies, there are no $20 million homes, or rows of massive condo developments.

Instead, you’ll find awesome little towns with a single main drag lined with local bars, bomb diners, and the occasional microbrewery. You’ll meet friendly folks everywhere you go. Some have been there since the day they were born, and some hail from ski communities from CA to Switzerland, but they discovered the Kootenays and set up shop, hoping to enjoy these places before the rest of the world finds out what they’ve been missing.

Watch all the videos from our stops along BC’s Powder Highway:

[Editor’s note: This content was produced in partnership with Kootenay Rockies Tourism.]

Two Days on the Powder Highway

How To Ride the Awesome Pipe Mountain Coaster in Revelstoke, Canada

A Skier’s Guide To Visiting the ‘Stoke