If you had to tattoo your entire face in order to gain success, wealth, and respect, would you do it? That was the question many women in Southeast Asia faced in the mid-20th century. During my time as a solo traveler in Myanmar, I arranged to take a boat trip up a remote stretch of river into the illegal region of the southern Chin State. My goal was to meet and photograph women who had made this very choice.

It’s quite possible to travel to regions of Myanmar and see women with tattooed faces, but unfortunately, this act can be more exploitative than anything else. Tourists often take boats from Mrauk-U in Rakhine State or travel from the north into a different region of the Chin State to view various tattooed women there, like a carnival show. I really wanted to learn more and spend time with these women in their everyday environments, and hear their stories. So, with the help of my local boat driver and guide, I was allowed to cross state lines and visit these villages — apparently, at the time, the first Westerner to do so in many decades. 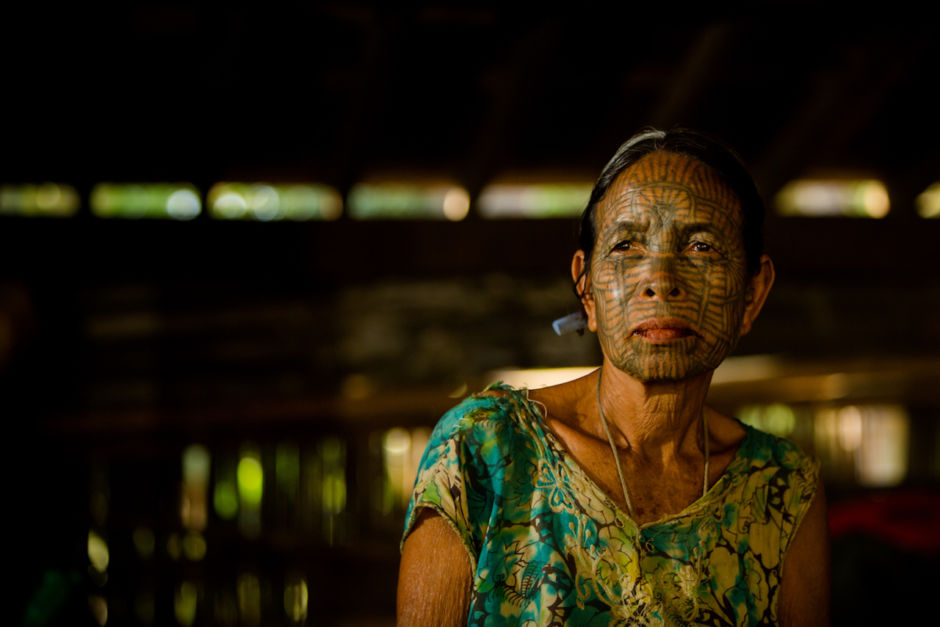 The art of tattooing one’s face is no longer practiced in Myanmar, and the women who had these procedures done live fairly traditional lives as farmers, textile weavers, and more. When they decided to get these life-changing tattoos, however, they were just teenagers. The process involved hand-tattooing intricate and symmetrical designs over the span of several days. The excruciating pain they withstood was said to make them unique in their villages, and to make them stronger and more beautiful than other young women. At 57 years of age, Ma Pu Yo, pictured here, is still quite beautiful. She was extremely generous and invited me to sleep overnight in her hut. The comb in her hair holds her bun in place, but she would often take her hair down, brush out her long locks, and twist her hair back up as a force of habit. 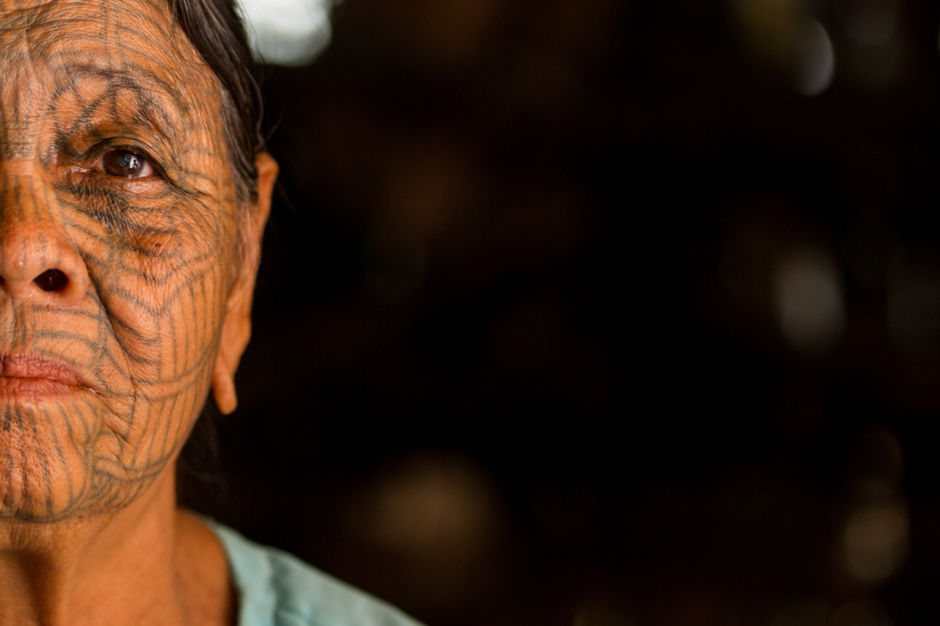 These women live in fairly remote areas accessible only by boat on a single river, so the trip isn’t for the timid. For some of these women and villagers, I was the first foreigner they’d ever seen. I often met their relatives, swam and bathed in the river with them, and ate meals with them. No matter the occasion, I made sure to sit down with these women and write down their stories (translated through my boat-driving local guide), as well as photograph these moments with great care. This is 70-year-old Ma Kan. She has 15 grandkids — some of whom I met while sitting in her dark one-room hut, which sat on wobbly bamboo stilts about 10 feet in the air. 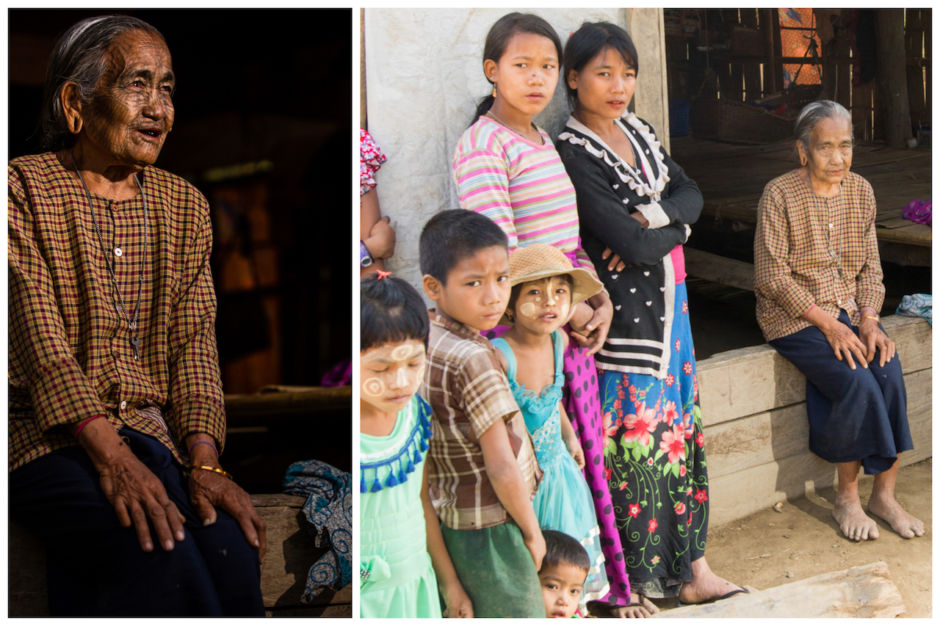 Sometimes the environment surrounding the photo moment is not what one would expect. While most of the images on this trip were taken in each woman’s hut with just one or two other people around, this stop was a bit different. We went to see two women who had never before seen foreigners. For the first visit, I was accompanied by a local Burmese Christian missionary. Dozens of locals gathered around, and essentially the entire village halted to see us come through. Photographing Ma Sund (both above and below) while surrounded by kids and parents was a bit of a hectic experience, which she found funny in the end, lending to the portrait I was able to get. 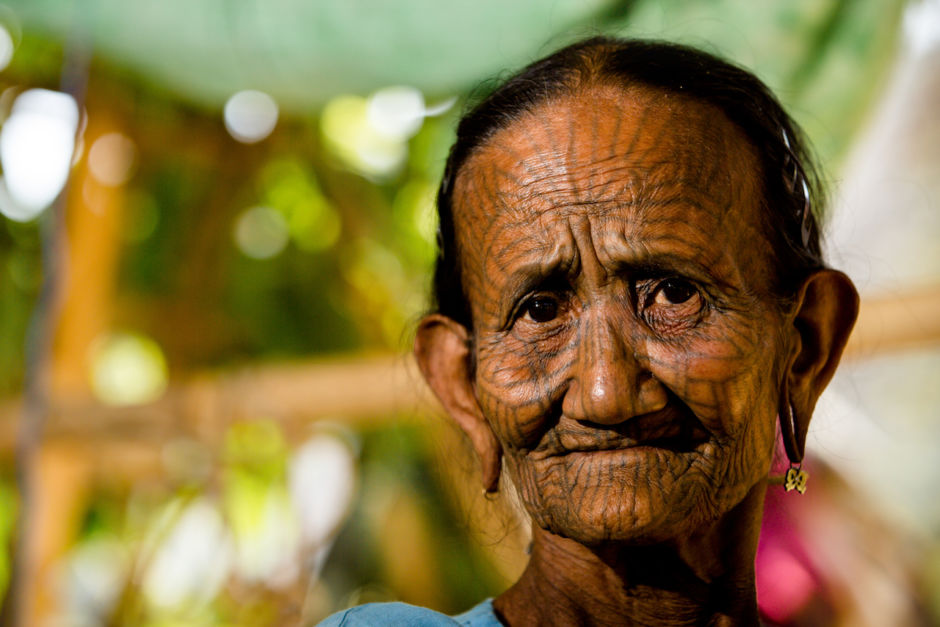 Ranging in age from 50 to 80 years old, the women I met were welcoming and didn’t think of themselves as different just because of their tattoos. It’s true: after spending time with them, I didn’t even notice the intricate art adorning their faces. At 59, Ma Poo still works as a farmer and lives a humble life. Unlike any of the other tattooed women I met, Ma Poo’s husband is still alive and tills the farms with her every day. 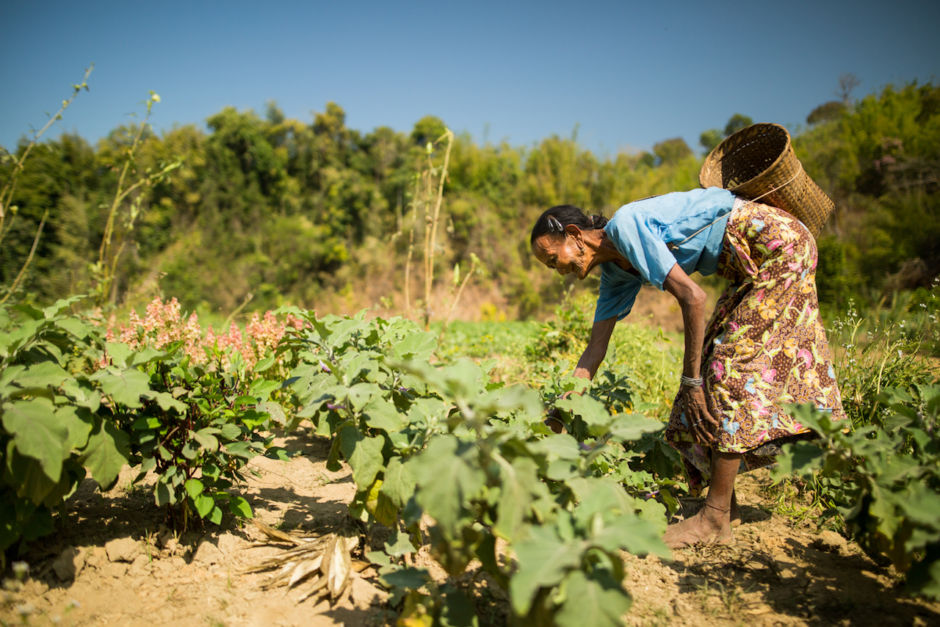 To meet Ma Poo and her husband, we hiked through the forest and fields past other farmers, including a young man bringing dried bamboo to market on an old, water-buffalo-led wagon. She and her partner do back-breaking work farming their land but make a living this way. 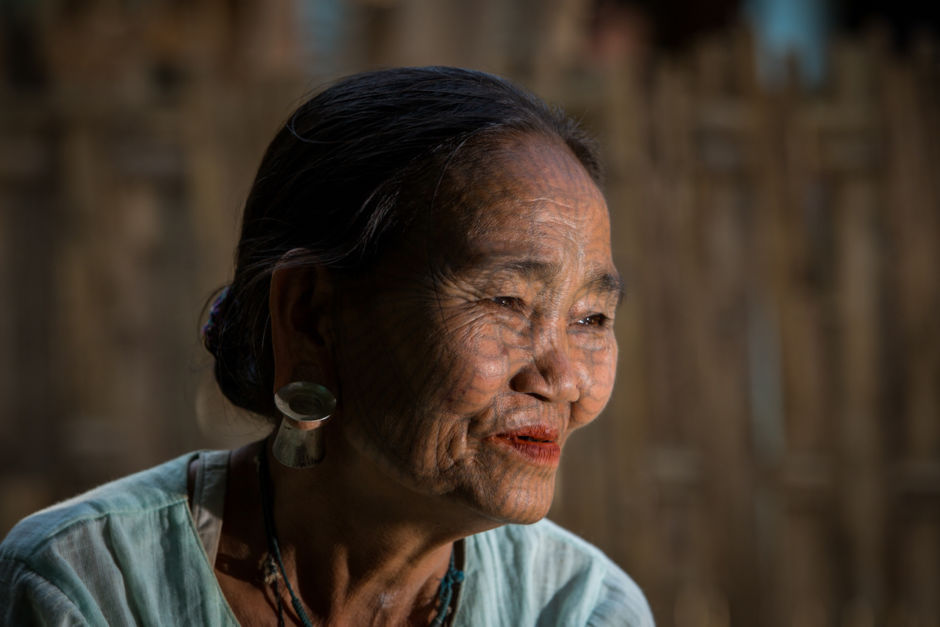 I thought Toe Ma Zee, 67, was one of the most beautiful women I’d ever met. That’s not lipstick she’s wearing, rather the signature mark of a betel-nut chewer. Betel nuts, naturally red tree nuts known to bestow a mild high when chewed, are common all around South and Southeastern Asia. All of the tattooed women I met were avid chewers at any time of day or night. 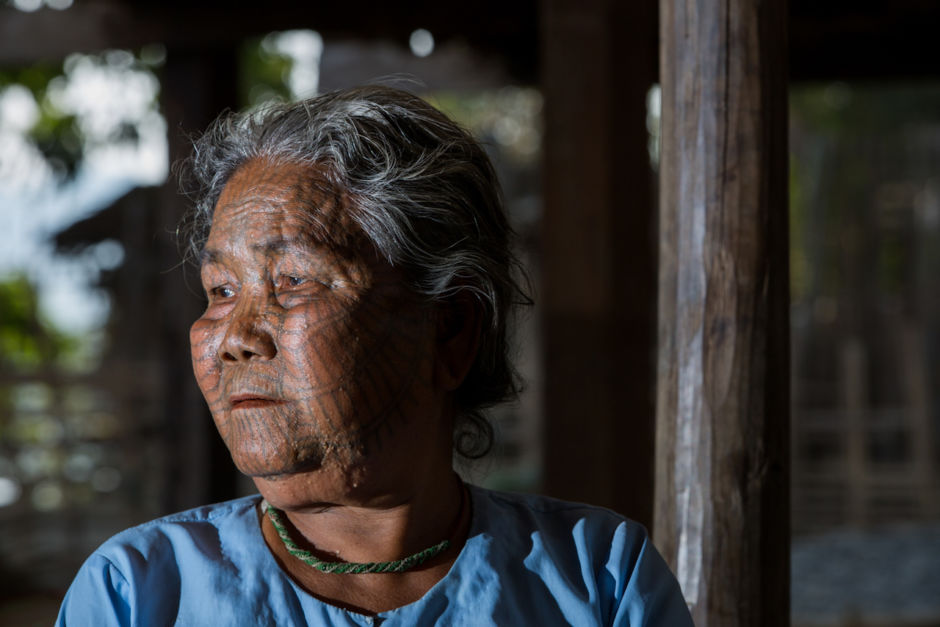 This is Sim Home, the last tattooed woman I met on my trip. She’s also the mother of my boat guide. While at their family’s hut I was able to meet my guide’s pregnant wife, his sister-in-law, and his nephew and niece. Out of all the family members, his mother and her blue-ringed eyes caught my attention most. 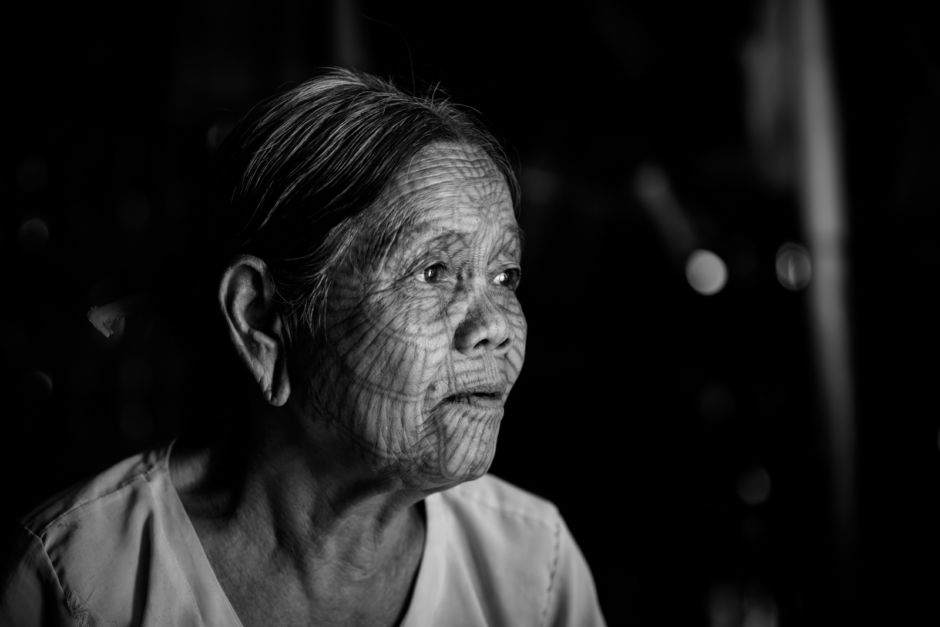 The esteem these women gained by undergoing this procedure made all the pain worthwhile, they say. In the end, each woman was successfully married off and had productive work and family lives. All were considered the most beautiful in the region for having these facial markings, and the acknowledgement of their strength in having these procedures done made each woman stand out. The practice has since stopped, and there were no younger women with the same markings, so these women may be the last of their tradition, and meeting them was an honor I don’t take lightly.

CultureThe World’s Ancient and Dying Traditions of Tattoo and Scarification
Tagged
Culture Galleries
What did you think of this story?
Meh
Good
Awesome