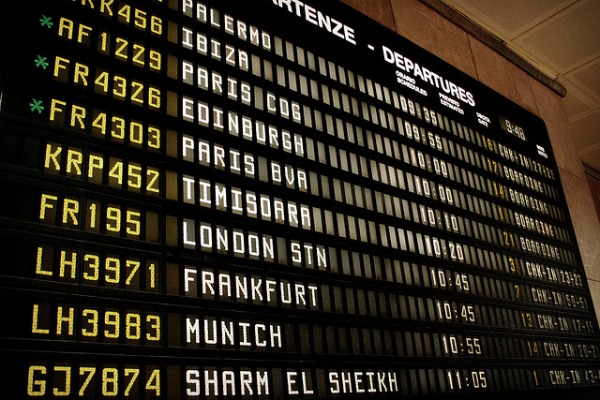 Maintaining close friendships over intercontinental moves can be tough, but it doesn’t have to be impossible.

My friend Sophia is leaving Okinawa for good next month, and I’m anguished over it.

Maybe I shouldn’t be.

Contrary to past psychology that said we needed geographical closeness to maintain healthy friendships, research now suggests online communication is effective in bridging distant friendships. Some relationships even thrive without frequent face-to-face contact.

Even so, Sophia’s departure is an emotional transition for me.

I never felt like this before when hometown friends moved away for college, or when I moved overseas several times to teach ESL.

Why should saying goodbye to a friend abroad take such a great toll?

Even with modern means of communication, I believe long distance expat friendships can be especially fragile. Not only can distance complicate our relationships, but a change in context can have impact as well.

One of the defining features of my close relations in other countries is interdependence. Friends abroad are a vital part of my adaptation to the host country. Unlike home, where I have wider social networks, I am more invested with fewer people overseas.

The first month of living in Okinawa, for example, I befriended Yumie, who was an excellent portal into the culture. Not only did she help translate bills and make phone calls, she offered insight into cuisine and cultural cues. In essence, she helped me gain familiarity, and I can’t imagine the time here without her.

In the case of fellow expats like Sophia, an even stronger emotional dependence was formed. Just like me, she struggled with language, homesickness, and public transportation. We vented our frustrations and joked about what we found to be funny aspects of Japanese culture.

My friends abroad take on a different role and dramatically impact my adaptability. For me it’s natural, therefore, to feel a strong sense of loss in their absence.

Through the years of living in different countries, I’ve found hometown pals often can’t connect with my life.

But expat ones certainly relate. What’s more, they have those same unexpected, confusing, and joyful encounters.

Those friends are intensely entwined with the overall experience. It’s hard for me to separate housemate Nicole from my Peace Corps days in Namibia. I can’t remember a single teaching day in the Czech Republic when I didn’t sneak smokes over lunch with Dominic. And currently in Okinawa, I wonder how I’ll continue the weekly routine of eating at a sushi go round without Sophia. 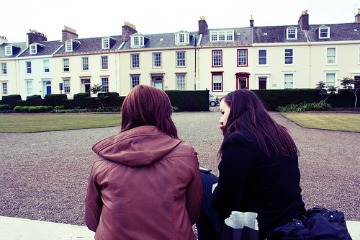 For me, keeping all those memories alive means keeping the friendships strong. Reminiscing about Namibia, Czech Republic, or Okinawa isn’t just a personal experience; it’s a shared one.

The downside, though, is that it’s difficult to maintain that same intensity of mutual experience. Returning from abroad, I’ve found that friends and I often have competing interests for our time. We even transition to life back at home at a different pace. I found it hard to connect with Peace Corps pals who stepped quickly back into full-time jobs, while I struggled with what to do next.

Sometimes periodic meet ups with expat buddies seem humdrum in comparison to the exciting cultural backdrop we had before. In Namibia and the Czech Republic, we bonded over being foreigners together, but in our own country, we didn’t click over the same interests.

I’ve learned that when new memories aren’t actively created, the only common bond is the past. In this way, some expat friendships end up suspended in time.

Finally, some friendships just don’t translate at home. That is, they are defined by narrow parameters of expat life.

You might think I’m referring to foreign friends. Realistically, there may be little chance of ever seeing them again. In addition, communication can be strained when there are language limitations.

But I’m also talking about fellow expats. Despite best intentions to keep up, it’s sometimes hard to engage in those established comfortable ways.

In my own experiences with a boyfriend and a few expat friends, we discovered we were incompatible at home. Living outside one’s own country, some aspects of our personalities were exaggerated or hidden. Sometimes I’ve wondered if we would have been attracted to one another at all had not circumstances brought us together abroad.

Finally, I also believe that some of my friends moved on from their overseas experience quickly. Unlike me, they didn’t hold on to it as tightly nor derive any sense of identity from it. They were eager to start the next phase of their lives.

I don’t mean to suggest that all my expat friendships have fizzled. Certainly, some of them have lasted through the years.

While any friendship near or far has potential to break, expat friendships may need careful adjustments once you return home.
The following advice has helped me extend relationships beyond my time abroad.

1. See each other and create new memories together. One friend and I meet every year for a weekend or longer trip somewhere in the world.

2. Consistently keep in touch. Rather than just Facebook or email, phone calls go a long way in helping you feel closer.

3. Accept your friend’s life changes such as marriage, baby, or even another abroad experience.

4. Accept aspects of your friend’s personality you may never have witnessed before in a foreign setting.

5. Accept that your friend has other familial and friendship obligations at home.

6. Bond over the past, but focus on moving the friendship forward.

What’s been your experience with maintaining friendships you make while abroad? Any tips? Advice?

The 13 best digital nomad visas from around the world
This holiday season, gift yourself a break at one of the best wellness resorts in the US
BIPOC anglers take a stand for inclusivity in fishing
10 sexual practices from around the globe that remind us the world is a big, beautiful place
Drink your way across Texas wine country on this Christmas wine train

The Cook & The Chef: The Story of Ana Roš