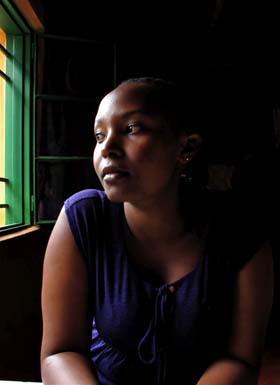 [Editor’s note: Today, 7 April 2011, is the 17th annual commemoration of the Rwandan genocide in which approximately 800,000 people lost their lives.]

IT IS MY LAST NIGHT IN KIGALI. I’m in a bar. I ask a man sitting next to me if he is Hutu or Tutsi. He scoffs.

“We are all Rwandans now.”

He lifts his bottle in the air, cheersing anyone who might be listening. He is drunk and my question seems to have agitated him. “We are supposed to all be Rwandans, there is no more Hutu and Tutsi.” He looks at me with a bleary-eyed earnestness when he says this.

After gulping down the rest of his beer, he slams the bottle onto the table and peers at me for a moment. Then he whispers close to my ear, “I am Tutsi.” He begins karate-chopping me on the neck where it meets the shoulder and, occasionally, across the top of my head.

“This is how they killed us,” he demonstrates. “In Canada, do you know what it’s like to have your family killed with a machete?”

I am stunned and silent. I do nothing but allow him to chop.

Driving on the highway south of the Ugandan border, verdant tea and coffee plantations carpet the valleys, which make way for villages which grow into suburbs, then suburbs into a bustling city. The newly erected skyscrapers of Kigali appear on the rolling horizon. The Land of a Thousand Hills is what Rwanda is called and Kigali sprawls over a half dozen of them. 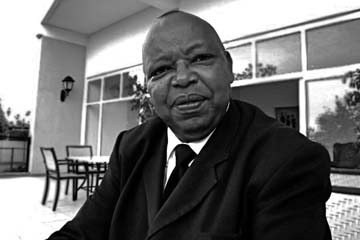 I wonder what Rwanda is like now as I drive into the capital. The last time I gave the country this much consideration was during the horrific events of 1994. I was a broke musician living in East Vancouver, shocked by television news reports and images, feeling helpless and indignant that the world did nothing but watch a genocide unfold.

How do people move on from such seemingly terminal wounds? I wonder as we wind through the city’s outskirts. Or do they? My intention during my short visit is to photograph genocide survivors for my website. In this way, talking with them—involving them in my project—I will try to understand and share their stories.

I look for traces of devastation as we enter the city—bullet-pocked buildings, buildings left in ruins, plaques marking tragedy—but can initially see no trace of what unfolded 17 years earlier.

Kigali is clean, orderly, new. Its bustle, cheery billboard ads, and glass towers give the impression of new wealth and optimism. But human scars, unlike blood stains and rubble, are more difficult to erase. En route to my hotel I see a man whose eyes have been gouged out, then another man with arms severed above the elbows; in the reception area of my hotel sits an employee with prosthetic legs.

After I am shown to my room, I ask Fefe, the receptionist, what might be happening on a Tuesday night in Kigali.  “Nothing” she says in her Rwandan French accent. “All the bars are closed and it’s forbidden to play loud music. Tonight is the start of genocide memorial week.” 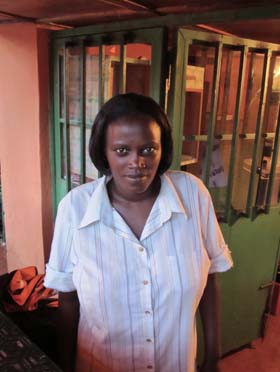 Of course, it’s early April.  “Are you too young to remember the genocide?” I ask her. She looks around 21 years of age.

“I was eight,” she says, looking away. “Everyone in my family was killed. I remember.”

“Everyone?” I ask, shocked.

She pauses for a breath, then counts off her family members like she’s reading a grocery list. “My mother, father, sister, grandmother, one uncle, and some cousins.”  She goes on to tell me that it’s particularly difficult on the anniversary of their deaths as her family was thrown into a lake and shot. Their bodies were never recovered. Likely eaten by crocodiles.

“I’m sorry,” I say after a few seconds of speechlessness.

Fefe nods. How many times has she heard foreigners tell her they’re sorry?

Fefe has no relatives left in Rwanda. She tells me about an uncle who occasionally sends money. He lives in Europe while two cousins live in Montreal attending McGill University.

“How is it now, how do you deal with your family’s death?” I ask.

“I pray and I have to forgive those that did that to them,” she says. After another pause she finishes. “And I am okay with it.”

Over the course of a week I hear the word forgiveness repeatedly. It reveals itself to be a central force in Rwanda’s remarkable step back from what easily could have been an abyss of perpetual, cyclic revenge.

Next Page
Tagged
Travel Rwanda
What did you think of this story?
Meh
Good
Awesome

Heaven Rwanda: A Restaurant With a (Social) Mission