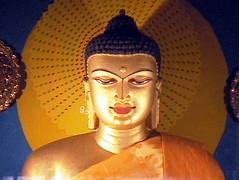 I usually don’t buy coffee from a shop. I buy it from the local IGA and brew it at home; or rather, my wife makes it before I wake up in the morning.

But today was different. Today, I stood in line and ordered the only type of coffee I knew how to pronounce, “regular,” and fished some change out of my wallet. Inbetween my fumbling, I noticed a tiny cup next to the cash register labeled Karma Cup.

I wondered what would happen if I failed to feed it my pennies. Would I walk out of the coffee shop and trip on the sidewalk? Would I cross the street and get hit by a speeding SUV?

Or worse, would I get home and find my house burned to the ground? “Meh,” I shrugged and paid the barista, keeping the change for myself. But secretly, I continued to wonder.

A Dose Of Skepticism

Now, I don’t know about you, but I found it hard to believe my fortune is directly related to helping old ladies cross the street or giving my small change to employees at a coffee shop. So I did a little research.

Karma is a Sanskrit word from the root “Kri,” which means “action.” It exists in the universe as the continuous chain of cause and effect, operating on both the physical and moral level.

Human beings are constantly giving off physical and spiritual forces in all directions. Like a stone that’s dropped in a still pond, our actions ripple out, affecting the web of relationships all around us.

“In physics we learn that no energy is ever lost; only that it changes form. This is the common law of conservation of energy. Similarly, spiritual and mental action is never lost. It is transformed. Thus karma is the law of the conservation of moral energy.”

Through our actions, thoughts, and words, we release chains of causation into the universe, which in turn affect us by returning in unexpected ways. The entire circumstances surrounding each human is their karma.

The Perils Of Thoughtlessness

I’m sure you’ve seen them on the road: callous travelers who reek of self-righteous entitlement, who give little thought to demanding their own way or trampling over the locals. 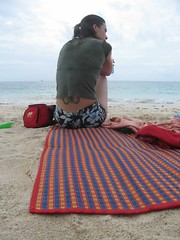 On the island of Koh Lanta back in 2006, I remember browsing a small grocery market run by an aged Thai woman. The buzz of motorcycles announced the arrival of three tanned and raucous backpackers, who proceeded to raid the market.

They yelled loudly at each other, tossed fruits between them, asked questions of the Thai owner in a language she didn’t understand, and threw their money at her rather than hand it over when making their purchase. They hopped back on their motorbikes, and moments later, buzzed away.

In the weary eyes and expression of the Thai woman, the encounter had clearly left its mark. I felt like apologizing for all crass tourists everywhere. But too late, negative karmic waves had been set in motion.

Some may argue that being the recipient of bad experiences is the result their own past negative karma – which is possible. Yet by nature, karma is fluid.

Consider the story of Robin Esrock, the founder of modern gonzo. A few years ago he was hit by a car. He broke his knee cap, spent six weeks on crutches, and ended up with a large settlement cheque.

Rather than moan about his misfortune, he turned the accident into an excuse to turn his life around:

I did not immediately equate six weeks on crutches to hiking the Inca Trail or sucking olives on the Dalmatian Coast, but one thing leads to another and here it is – adventures, pictures, video and more from travels to 36 countries on five continents.

It is how we choose to absorb, nullify, or reflect the karmic wave that determines our situation, setting off causal events in an infinite chain that transforms each being and the world around us.

The real key lies in the intent of the person doing the action and the circumstances in which the action takes place.

Next Page
What did you think of this article?
Meh
Good
Awesome
Bookmark
Posted In
Meditation + Spirituality