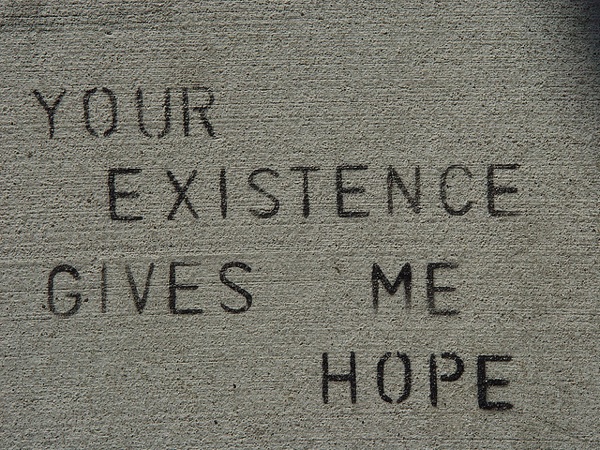 Photo: Franco Folini
If you’re feeling down, we’ve got 19 reasons to feel hopeful about the world.

Long-time Matador member Andris Bjornson has a degree in physics. He’s worked as a wildland firefighter, a State Department diplomat, and an adventure trip leader.

But the reason why Andris is #1 on this list is because of the work he has done in Haiti. Within six days following the January 12, 2010 earthquake, Andris traveled to Port-au-Prince with Inveneo, a non-profit dedicated to improving information communications technology in underserved communities. “Within three weeks we linked 11 NGOs, among them CARE, the IRC, and Save the Children, setting them up with networks so they could connect with their headquarters,” Andris says. “Though the relief effort seem[ed]chaotic, it would be much more so without the technology we were able to put in place.”

Using blogging and social media to spread the word about real-time conservation projects will eventually be so common as to be unremarkable. Until then, Epicocity’s showing other individuals and organizations how to amp up awareness and get people stoked about the environment. They must be doing something right–earlier this week, they were featured in “Monster Fish” on the National Geographic Channel.

3. Mitch Anderson of AmazonWatchPrior to (finally) meeting Mitch in person here in New York a few months ago, I was already impressed with him; every email conversation, every phone call with Mitch is a total stoke. The guy lives with a sense of urgency about protecting the environment and indigenous communities, especially in South America, but he’s remarkably free of the nervous anxiety that tends to lead people with such interests into pushing others to adopt their beliefs. For someone who’s so intense, he’s incredibly laid-back. 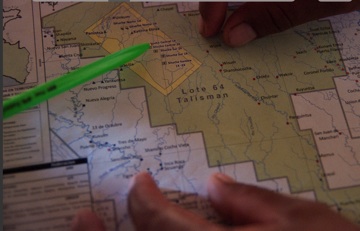 I like hearing Mitch talking about attending oil companies’ shareholder meetings, where he tries to reason with people who have an obvious stake in perpetuating our global oil addiction. I like how he disappears from the radar–literally–for a few months, and then returns for a minute, banging out emails that end with “I’m headed out now to document some oil pits but will be back online later this evening.” And I’m proud to publish his first-person reports on all of this important work, especially this photo essay.

Like Mitch, Ken Saro-Wiwa, Jr. battles big oil companies and demands that they be accountable for the damage they cause. Ken’s stake in the struggle, however, is profoundly personal: his father, the writer and activist Ken Saro-Wiwa, was killed for the work that he did to raise awareness about Royal Dutch Shell’s activities and their effects on the Ogoni people.

I’ve seen Ken Saro-Wiwa speak. More than a year later, I continue to be inspired by his calm, rational, and absolutely tenacious approach to his work. Big oil may have big resources, but with folks like Mitch and Ken, I feel confident that the push for their accountability will continue.

5. The popularity of the “green” movement

So many causes and movements come and go, but it looks like the green movement is here to stay. Yes, we still need to reduce our dependence on oil, innovate alternative energy sources, and reduce our consumption, but environmental awareness seems much more visible now than it did a decade ago. 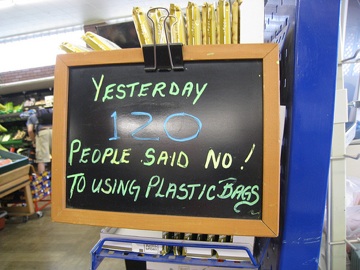 Matador member and contributor Anna Brones recently wrote to let us know that Portland, Oregon has committed to banning single-use plastic bags by 2011, if not sooner. For a list of other cities and countries that have already banned plastic bags, read “Plastic Bag Ban: Coming Soon to a City Near You?”.

I called Majora Carter out for a specious argument about urban poverty and environmentalism, but that criticism aside, Carter is a serious inspiration for urban environmentalists. Sustainable South Bronx, the organization she founded, is turning a former industrial zone into a livable neighborhood.

Misty, also a long-time Matador member and contributor, set up her own NGO, 4th World Love, in Lombok, Indonesia.

That was after she helped fund cleft palate surgeries for a bunch of kids.

Who knows what she’ll roll out next?

Yes, we can spend way too much time in front of the screen instead of engaging with one another in real life, but when used well, social media can have incredibly positive implications, both for communicating about important issues that aren’t immediately urgent, and in emergencies.

I have a feeling we’re only just beginning to tap into social media’s possibilities.

Some artists care primarily about aesthetics. Others are more concerned with their message. Chris Jordan is concerned with both. What started out as a simpleproject to document human consumption through photography has turned into an ongoing commitment to using his creativity to draw attention to the world’s environmental crises.

Four Seattle-area travel bloggers got together and decided to leverage their relationships in the larger travel blogging community in order to fund a project abroad that could positively impact other people’s lives. 2010 marks the third year of Passports with Purpose. Read about last year’s project here, and add the PwP blog to your reader; it will be updated soon with details about this year’s project.

There is a downside to the popularity of the green movement: every outdoor tour operator and every hotel/lodge/motel/hostel call themselves green.

But LAT 42 seems like the real deal, probably because Matador senior editor David Miller is so stoked about it.

Don’t get me started on a rant about what passes for news in the US these days. Instead, let me focus on ProPublica, “an independent, non-profit newsroom that produces investigative journalism in the public interest.” Here’s their mission:

Our work focuses exclusively on truly important stories, stories with “moral force.” We do this by producing journalism that shines a light on exploitation of the weak by the strong and on the failures of those with power to vindicate the trust placed in them.

Though ProPublica’s reporters are working on dozens of important stories at any given moment, I’ve been especially impressed by and grateful for their work about New Orleans during and after Hurricane Katrina. 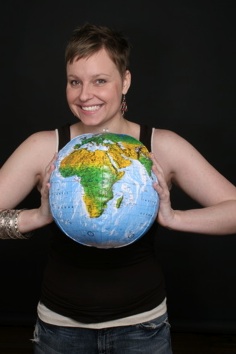 I learned about ProjectExplorer.org after meeting its founder and director, Jenny M. Buccos, on Twitter. Like so many Matadorians, Jenny used to hold down a corporate job–as a marketing project manager for Credit Suisse First Boston–but ditched it in 2001 so she could travel around the world… and make free, educational films for kids.

She and her team just wrapped their Mexico series, which MatadorTV intern, Lindsay Clark, helped produce.

For kids who may not be able to travel, ProjectExplorer is an incredible resource.

The Matador team was stoked to acquire the National Geographic Glimpse program earlier this year, mainly because of the Correspondents Program. When you read “From Egypt to Israel and Back Again”, “Two Villas in Iraq,” or “Hello, My Name is Run Basketball,” you’ll understand why.

I’m definitely not naive enough to believe that voluntourism is problem-free–in fact, I wrote a whole chapter about the perils of voluntourism in the book The Voluntary Traveler: Adventures from the Road Best Traveled

. But for travelers who are aware of these problems and guard against them, voluntourism can be a transformative experience for everyone involved.

I don’t believe in tokenism, and I don’t think that just because a woman is in office that women’s conditions will necessarily improve, but the fact that women are finally gaining formal political power–especially in countries where women have been systematically kept beyond the margins–is an important development.

The members of Matador are curious, caring, and generous. Check out the forums and see what I mean. They give me lots of hope for the future.

Who and what give you hope? Share your sources of inspiration in the comments.