On the night of November 4, 2008 I made a decision: I wasn’t going to feel hopeless about the future of my country anymore. 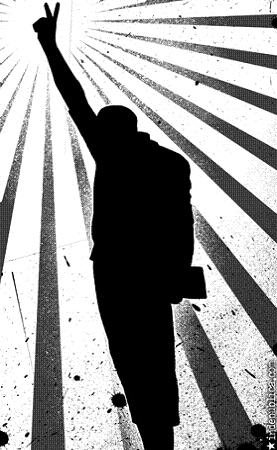 On the one hand, nothing had changed. But because we finally had a leader who seemed to see what was wrong, call it out, and start doing something about it—someone who actually gave a damn—I felt the right (the civic duty, too) to be empowered and engaged.

So today’s news that AIG has decided to divert some of its bailout bucks–American taxpayers’ money—for executive bonuses didn’t just leave me wringing my hands or shaking my head. Instead, I decided to take some action.

First, I did a bit of research: AIG’s CEO, Edward Liddy, had agreed to a dramatic cut in his own salary back in late November, 2008 (There might not have been much money left at the company after the preceding CEO took his $47 million severance package earlier that year, laughing all the way to the bank).

At the same time, New York State Attorney General Andrew Cuomo pressured Liddy to agree to a deal in which AIG would freeze salaries and bonuses for the seven highest ranking execs beneath Liddy. Furthermore, Liddy indicated that the 50 highest-ranked executives at the company would not receive salary increases through 2009 and that none of the bail-out money would be earmarked for bonuses and cash awards for executives… who, by the way, haven’t exactly been running the company efficiently or effectively.

It seems that Liddy’s gentlemen’s agreement with Cuomo wasn’t received well by petulant executives. Not even two weeks later, Bloomberg was reporting that the company was offering “retention” fees to angry executives who were threatening to quit.

In some cases, the retention fees were 200% of the executives’ current salaries.

Clearly, there’s a pattern of flagrant mismanagement and some serious hubris in the upper ranks at AIG. 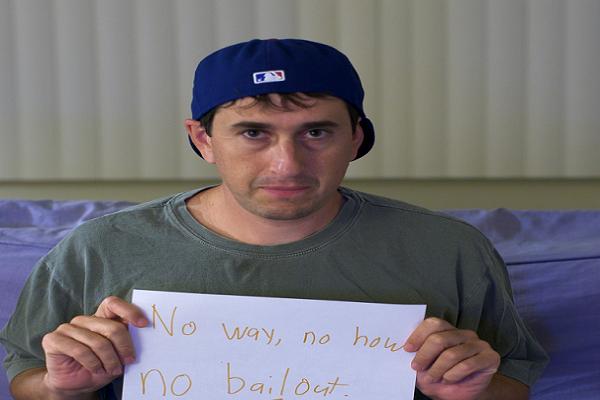 Once I’d mapped out just some of AIG’s tomfoolery, I decided to contact AIG to express my outrage at their misuse of bailout money. And if you’re angry as hell about AIG, you don’t have to take it, either. Here’s what you can do:

3. Add the White House’s blog to your reader. or subscribe via RSS. President Obama has taken a strong stance against AIG’s shenanigans, and you can stay up to date with his actions by reading blog updates.

4. E-mail or call President Obama to let him know that you support his pursuit of legal measures to prevent AIG from using taxpayer dollars to line executives’ pockets.

Beyond the barbecue belt: 8 of America’s lesser-known barbecue staples