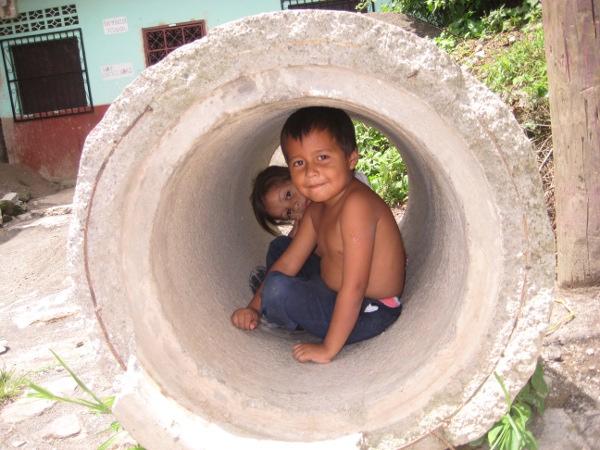 Syedea Jones is sixteen years old and a senior at Oakland Technical High School in Oakland, CA. She was one of 3 students who received the Matador Travel Scholarship and traveled to Nicaragua this summer with a non-profit organization called Global Glimpse.

PRIOR TO LEAVING I had mixed emotions. I had a phobia of being on planes and of heights in general so it was not just the fact that I was traveling outside of the country by myself, for the first time. I had the plane ride; being thousands of miles in the air for several hours really had me skeptical. I had to think outside of the fears and thoughts that were trying to hold me back from what I wanted.

I arrived at SFO in a rush, anxious, overly excited, and just ready to go. I was just so ready to get out, to explore and experience a freedom that I never had at home. The thought of leaving and doing something unique to many people of my age and even my socioeconomic status was my motivation to go on this trip.

“I had to think outside of the fears and thoughts that were trying to hold me back from what I wanted.”

I remember stepping onto the plane, freezing from the air conditioning, and walking towards my seat. I immediately called my mom because we had not talked for the whole day and I just wanted her to know that I was fine and wanted to hear her voice. It was around 12am and she was asleep; she had no idea who I was. I told her I would call when I got to Nicaragua.

That moment left me happy and in a good mood, because my mom is somewhat overly protective and for her to be half asleep and speaking gibberish really stuck with me during the trip because it showed me that I should be relaxed and enjoy what I was going to experience. After that call, it was like all the weight had been lifted off my shoulders. I left behind so much drama, frustration, and stress with just that one call.

I traveled with a group of 16 other people who were completely different but exactly like me in some sort of way. The group consisted of 15 students from the Bay Area, and two chaperones: Peter Martin, who was from New Jersey, and Ben Nathan, an Atlanta native but an educator at the Oakland School of the Arts (OSA).

All of the students had to fundraise for their trip as well and I started spreading the word and doing chores around my neighborhood to raise the money. I wanted to fundraise more than I needed so could donate in Nicaragua and give back after I had received an opportunity that others my age and many who are older haven’t been able to do.

When the plane finally landed in Managua, Nicaragua I could just feel the heat tingling on my skin and it felt so good because the plane ride was cold and to just feel the warm weather was extremely nice. We did some sightseeing of Managua before we reached our hostel in Leon, which was about an hour away on bus.

During the tour everything was so real and to physically be there was so much better than to read or hear about it from a different source. The streets were lively and there was culture, motivation, and hunger, not hunger as in being hungry, but a hunger to make a living and survive another day. 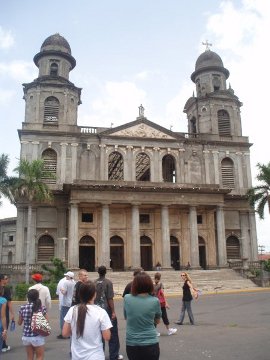 My most memorable moments on the trip were the living on a dollar a day, the day we watched the World Cup at a bar, when my students took me out for dinner and a movie for my birthday, the day we went to Las Tia’s, which is an organization to help keep children off the street, the time we climbed Cerro Negro, an active volcano, and the day that we visited the dump.

The overall experience was memorable for me but I feel that these moments all stood out to me because they had an impact on me and at the end of the day I really had to stop and reflect on what had happened. This really had me think about what would happen if I was at home instead of there, or how my life back in the States is similar and different to what these people went through on a regular basis.

Of all these events, it was the day we visited the dump that had the most impact on me. For some reason, I was expecting the dump to be similar to dumps in the U.S. Dumps in the U.S. have an opportunity for employment. Employees working for the dump in the States are paid for their labor. Those working for the dump in Leon are not being paid. I could not even fathom the idea why someone would allow for these people to work in a place that had working conditions that were completely inhumane, and not provide some sort of income for these people and their families.

It was this day that really made me realize that people are treated unfair and have different views on how a person should be able to have a chance at an equal opportunity. I began to start thinking that I had to make something happen because these people deserved so much more than what they were receiving. It was not that they felt any less than a person for what they were doing for work; these people were proud of what they were doing, because their hard work and determination was for their families. It was this determination that had me and a few of my peers thinking about giving back to them. Our idea was to create a food bank for the dump workers and their families. Unfortunately with the time that we had and our low funds, this idea was not feasible at that time but I hope to return to make that project happen. 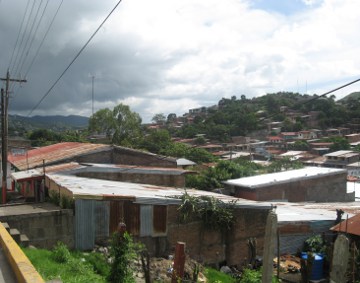 My biggest accomplishments while I was in Nicaragua would be teaching English to students whose ages varied from 13-35, and using my Spanish speaking skills throughout the duration of the trip. The fact that I could help all of the students in my class was really special to me because I was able to build a connection with each and every one.

They also helped me to build confidence in an area where I knew relatively no one. They would come up and hold conversations in both English and Spanish when I would walk through the Central Market or Central Plaza. My students were extremely smart; they picked up on all the information and showed understanding. They progressed really fast in just two short weeks.

I still keep in contact with my students, which is amazing because they have grown so much since the last day of class which makes me really proud of what I gave them and they took the initiative to continue on and develop skills in a foreign language. My students encouraged me to really utilize my Spanish speaking skills.

“Because I stood outside of my comfort zone, I was able to embrace more of my culture and get a better understanding of my family, where I come from and who I am.”

Because I stood outside of my comfort zone, I was able to embrace more of my culture and get a better understanding of my family, where I come from and who I am. I accomplished so much from being with them and now I am comfortable to speak Spanish with members of my family and with my friends. 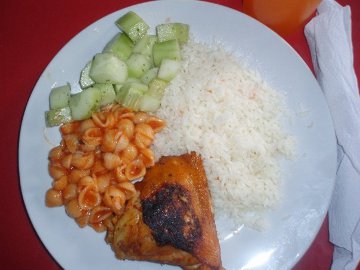 Coming back home was such a culture shock for me. I seriously began missing Sonati, the hostel we stayed at. I really missed the weather, the food, and most importantly, the people I met. Life is so different out of the United States, and when you begin to adapt to the lifestyle of the country your visiting there will always be a feeling that will make you want to always come back or even stay.

I plan to continue traveling after high school and throughout the rest of my life. I feel that this trip really helped me to learn more about myself, and it has helped me grow into a more knowledgeable and experienced individual.

Tagged
Travel Nicaragua
What did you think of this story?
Meh
Good
Awesome

How to plan a cheap, last-minute vacation to Martha’s Vineyard
The top hotels for extravagant floating breakfasts and how much they cost
The 25 coolest towns in America to visit in 2021
Monaco is more than a millionaire’s playground. Here’s how to visit on a budget.
11 magical Airbnbs near the towering trees of Redwoods and Sequoia national parks

4 of the coolest day hikes up volcanoes in Nicaragua

Brave New Travelers: Special in our own ways