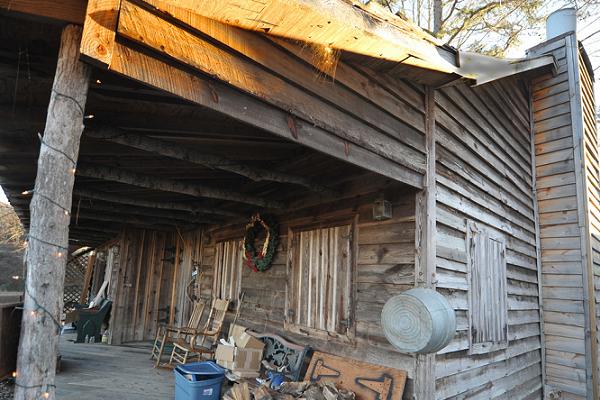 A house in Appalachia, where lack of electricity is common. Photo: BillRhodesPhoto

The digital divide isn’t just between “developed” and “developing” countries.

A few years back, my brother, a computer programmer and web designer, told me that the university where he works wanted to donate some computers to members of a rural community. The plan was abandoned, though, when the university realized the community straddled the border between two counties.

“Neither county wants to accept responsibility for these people,” my brother told me. “Their roads don’t get repaired–some of them aren’t even paved. And an Internet connection? Please. These people are still waiting on phone lines.”

Forget computers… these folks didn’t even have basic utilities.

My brother’s story isn’t an isolated anecdote. The New York Times regularly runs stories and posts on its Bits Blog about the digital divide that exists in the U.S. between urban and rural areas.

Quite simply, plenty of people live in rural areas where getting Internet access is a secondary priority, priority one being tapping into a reliable, consistent grid that ensures they’re receiving basic utilities.

But maybe some of the technology being developed for poorer countries will also have an application in the U.S.

Krishna Palem, a computer science professor at Rice University and a fellow of the IEEE (formerly the Institute of Electrical and Electronics Engineers), leads a group of researchers developing a tablet PC-like device that will “be inexpensive, easy to use, and able to operate [in a] creaky (and sometimes nonexistent) electric power grid.”

The so-called i-Slate is about the size of a piece of paper and it’s almost as lightweight. The power source is a solar cell and the projected cost is just $40 USD.

While the i-Slate doesn’t function as a computer, the device does seem to offer benefits in educational contexts and the technology itself may be adapted for other functions in the future. Learn more about Palem and his team’s project here.

Not all cities are created equal when it comes to technology. Check out Hal Amen’s round-up of the Techiest Cities in the World to learn which ones make the cut.

The best island in the Caribbean for every type of traveler
These destinations are opening to US tourists this summer
Can we trust negative COVID-19 tests as a green light for travel? We asked a travel doctor.
7 disputed territories that only tenacious travelers can visit
Loop from Boston to California and back on the ultimate US train trip