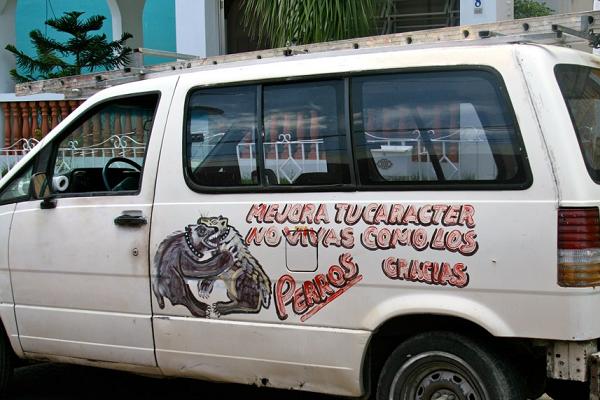 “Better your character. Don’t live like dogs. Thanks.” All photos by Francisco Collazo.

While living in Puerto Rico from 2005 to 2007, I frequently despaired about the state of the island.

At one point during my time here, Puerto Rico was ranked the fifth most violent nation (per capita) in the world. Despite its enormous potential to become the next Costa Rica in terms of ecotourism, the island was suffering from profound environmental problems, including limited recycling programs, an underdeveloped public transportation infrastructure and over reliance on cars, and rapidly shrinking space for landfills.

“What’s happened to us?”

I often wondered what it would take for massive social change here.

And fortunately, returning this week to work on a guidebook, I found some answers that give me lots of hope for Puerto Rico’s future.

In Puerto Rico, Carlos Mercado is best known, perhaps, for his series of paintings titled “Iconos” (“Icons”), which explore Puerto Rico’s history by building upon the images of New Deal-era photographer Jack Delano, who was famous for the portraits of ordinary people he shot in rural Puerto Rico during the Depression era.

“I found some answers that give me lots of hope for Puerto Rico’s future.”

But Mercado, a modern-day Renaissance man, may also be Puerto Rico’s best hope for a sustainable brand of community building and activism that can engage the masses. “As artists, we have a responsibility… not just to make something pretty,” he told me when I visited him in his Old San Juan studio.

In addition to using his art as a way to teach and interpret Puerto Rican history, Mercado is currently collaborating with other local artists and policy makers to create sculptural collection bins to promote recycling in Old San Juan.

It’s just one of the many projects he’s working on with his neighbors. Though Mercado could easily move abroad, he has no desire to do so. He’d rather stay in Puerto Rico, using his art as a means of consciousness raising and critical engagement.

The concept of ecotourism hasn’t quite taken root in Puerto Rico yet, though it’s hard to understand why. The island–just 100x 30 miles–is full of geographic and biological diversity that could be tourism’s best selling point.

One exception, though, is Hacienda El Jibarito, a country inn high up in the mountains near the town of San Sebastian. 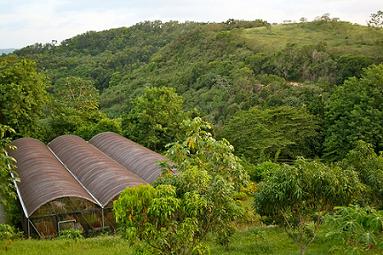 Dubbed the country’s first “agrotourism” go-to spot, Hacienda El Jibarito is unique in Puerto Rico’s tourism industry because it focuses on environmentally sustainable activities, all offered on property: horseback riding, hiking, and coffee roasting, to name just a few. The hacienda also has its own greenhouses on site, where gardeners nurture eggplants, tomatoes, peppers, and other vegetables destined for guests’ tables.

But unlike these other symbols of Puerto Rican culture, dance has often been restricted to certain groups of people.

Dancer and choreographer Paulette Beauchamp set out to change that.

Beauchamp’s DanzActiva is one of the most exciting and ambitious community service programs I’ve come across in Puerto Rico. In addition to teaching a full schedule of open-enrollment flamenco, ballet, and kathak classes, Beauchamp offers classes in modern dance and bomba for people with Down Syndrome and other special needs. Her students even participated in this year’s Puerto Rican Day Parade in New York City.

Her studio, located in the historic Ballaja building in Old San Juan, is fully accessible to people with a range of physical abilities.

DanzActiva is the first program of its kind on the island. To learn more about it or to make a donation, click here.

It would be easy enough to see the lodging trifecta of Casablanca, DaHouse, and Casa Herencia as the latest in a series of precious boutique hotels.

Yes, they’re trendy: DaHouse shares its building with the popular Nuyorican Cafe, Casablanca has deep stone bathtubs where you can soak on its roof, and Casa Herencia has a high class pour-your-own libations bar.

But there are a couple reasons why I’ll be keeping my eye on the group behind these three hotels: one, they’re deeply committed to collaborating with local artists and musicians, creating spaces for them to showcase their work and making connections they’d struggle to negotiate on their own in an increasingly rarefied art market in Puerto Rico. Two, they’re rescuing historic buildings that have either been vacant for years or would fall into complete disrepair without their intervention.

By restoring Casablanca and, in particular, Casa Herencia, the folks behind this boutique hotel group are leading the way in the massive amount of historic restoration work that still needs to be done in Old San Juan.

A cigar roller as an agent of change? 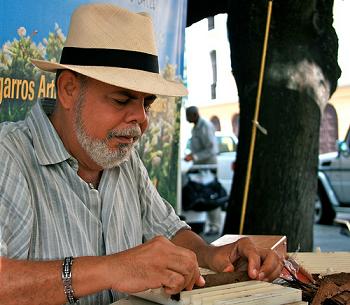 Sit with Rafael Ramos Carmona for any length of time, and you’ll quickly come to understand that the art of cigar rolling is an important aspect of preserving Puerto Rican traditions. As he rolls, Ramos Carmona gives impromptu lessons in Puerto Rican history and culture and can hold forth knowledgeably on any number of topics: traditional art, coffee picking, and the importance of local food, to name just a few.

Without people like Rafael Ramos Carmona, the question “Que nos pasa?” will take on disturbing relevance. Fortunately, Ramos Carmona is an easy enough antidote to find: he holds court under his tent in Old San Juan’s Plaza Colon several days a week. Want to meet him? Drop him a line at tabacaleraramos@hotmail.com.

Learn more about current politics in Puerto Rico in this article, “US House of Reps Approves Proposal to Consider Puerto Rico’s Status.”