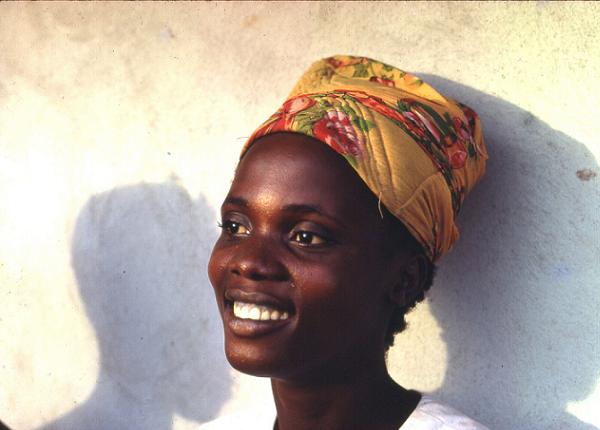 This weekend’s New York Times Magazine was a special issue on the topic “Saving the World’s Women.” The issue was built around the years of reporting compiled in the recently released book, Half the Sky: Turning Oppression Into Opportunity for Women, written by husband-wife journalists Nicholas Kristof and Sheryl WuDunn.

The centerpiece of the special issue was Kristof’s and WuDunn’s article, “The Women’s Crusade,” in which Kristof and WuDunn identify some of the most pressing problems facing women around the world and what can be done to address these issues.

Kristof and WuDunn have spent a lot of time with women, listening to their stories and reflecting about what a single anecdote can teach us about community phenomena. Here’s one of the compelling stories from the article, and an important lesson for all of us:

“…[W]hen Jo Luck [of Heifer International] came and talked to Tererai and other young women in her village, Luck kept insisting that… they could achieve their goals, repeatedly using the word ‘achievable.’ The women caught the repetition and asked the interpreter to explain in detail what ‘achievable’ meant. That gave Luck a chance to push forward. ‘What are your hopes?’ she asked the women….. Tererai and the others were puzzled by the question, because they didn’t really have any hopes. But Luck pushed them to think about their dreams, and reluctantly, they began to think about what they wanted.

Tererai timidly voiced hope of getting an education. Luck… told her… that she should write down her goals and methodically pursue them. After Luck and her entourage disappeared, Tererai began to study on her own, in hiding from her husband, while raising her five children. Painstakingly, with the help of friends, she wrote down her goals on a piece of paper:

‘One day I will go to the United States of America,’ she began, for Goal 1. She added that she would earn a college degree, a master’s degree and a Ph.D. — all exquisitely absurd dreams for a married cattle herder in Zimbabwe who had less than one year’s formal education. But Tererai took the piece of paper and folded it inside three layers of plastic to protect it, and then placed it in an old can. She buried the can under a rock where she herded cattle.

Then Tererai took correspondence classes and began saving money. Her self-confidence grew as she did brilliantly in her studies, and she became a community organizer for Heifer…. One day in 1998, she received notice that she had been admitted to Oklahoma State University.

…At Oklahoma State, Tererai took every credit she could and worked nights to make money. She earned her undergraduate degree, brought her five children to America and started her master’s, then returned to her village. She dug up the tin can under the rock and took out the paper on which she had scribbled her goals. She put check marks beside the goals she had fulfilled and buried the tin can again.

In Arkansas, she took a job working for Heifer — while simultaneously earning a master’s degree part time. When she had her M.A., Tererai again returned to her village. After embracing her mother and sister, she dug up her tin can and checked off her next goal. Now she is working on her Ph.D. at Western Michigan University.

Tererai has completed her course work and is completing a dissertation about AIDS programs among the poor in Africa. She will become a productive economic asset for Africa and a significant figure in the battle against AIDS. And when she has her doctorate, Tererai will go back to her village and, after hugging her loved ones, go out to the field and dig up her can again.”

You can read the rest of the article here.

What’s your “exquisitely absurd” dream? How can you achieve it? Who can help you?

And what are you waiting for?

South Africa Education and Environment Project is just one of the thousands of organizations dedicated to education that belong to the Matador community. Learn more about SAEP and other organizations here.