I’ve been fortunate to be invited to speak at two TEDx events in the last 18 months. When people learn I gave a TEDx talk, they inevitably have two questions:

Get an original idea.

TED is all about “Ideas Worth Spreading,” as the tagline says. You don’t have to be Einstein to come up with an idea worth spreading. One of my favorite TED talks is a guy explaining in a fun and simple way that Japan doesn’t have names for most of their streets (Derek Sivers: Weird, or just different?). Derek’s talk is less than 3 minutes long, but has been translated into 56 languages and has well over one million views.

Do something with your idea.

Most ideas need some action to make them interesting or believable and truly worth spreading. My first TEDx talk, titled “100,000,000 new photojournalists,” was half about a photography center and a festival that didn’t yet exist. But that was OK because I had already been teaching photography in Burma for a few years without a center, and the festival at least has a professional-looking website with dates. These visible credentials lent credibility to my ideas.

Let people know about your idea and what you’re doing with it.

The people who organize TED and TEDx are normal people. They do not have ESP, but they do read papers, surf the web, use social media, listen to the radio, and talk to people. So if you want to get their attention, it makes sense to try to get your idea “visible” in as many of these realms as possible. 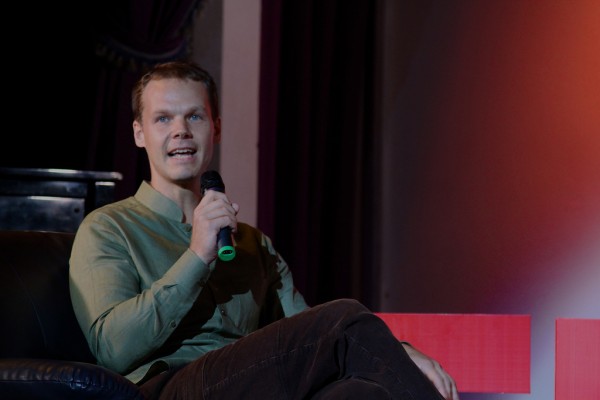 TED speakers often make it look easy. The truth is most people practice a lot and are still terrified on the day of their presentation. I was asked for a “public speaking CV” before my first talk. I had already shared my ideas elsewhere and had a few other speaking engagements I could note. This helps the TED organizers trust your public speaking ability. Every year, a few TEDx speakers run offstage in the middle of a talk from nervousness, and none of the organizers wants that to happen at an event they run.

It’s a small world and there are a lot of people who are either connected officially with TED, or know their unofficial “advisors” (i.e., friends and family). You may have talked with one or several of these people already. You may have have even shared your idea with them, but simple things like having a business card so they can easily contact you and a website or blog makes it easier to read more about your idea and share it as well.

My second TEDx talk was given in Bangkok on December 15. The theme for the talk was “peace and education,” and it was focused on visual literacy: Why people need to know how to read still and moving images in an age when so much of our information comes from images. It also discussed the successes of my photography students in Kachin State, Burma.