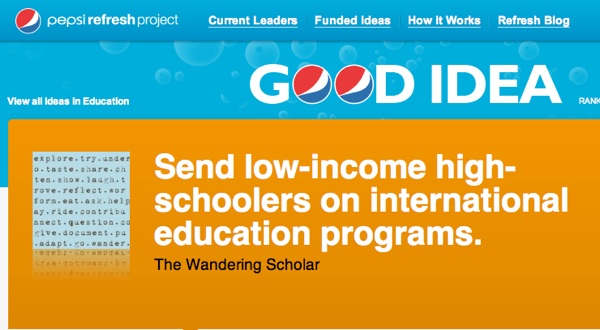 Do you remember the impact your first travel experience had on you?

Check out her bio:

Tamara grew up in Denver, Colorado and spent the first half of her education attending poorly funded public schools. After receiving a generous scholarship, she enrolled at an area private school, where international education was deeply ingrained into both the culture and curriculum. Even as a seventh grader, she lagged behind her peers, who by then had been studying foreign languages, learning about other countries, and traveling abroad for several years.

While initially overwhelmed, she soon began to thrive… and was eventually able to put her Spanish and French skills to the test on class trips to Mexico and France. These experiences helped solidify a passion for cross-cultural exchange, which she continued to pursue as a Spanish major at the University of Pennsylvania (when she studied abroad in Buenos Aires, Argentina), and later as a PhD student in Latin American History at the University of Michigan (when she received a Fulbright award for study in Peru).

Today, Tamara is an Assistant Professor of Colonial Latin American History at the University of Pennsylvania.

Tamara is also the co-founder and co-director of The Wandering Scholar, an organization that strives to make international education experiences as accessible to young people as possible.

To that end, The Wandering Scholar selects students of promise from underserved communities and awards them with a scholarship that makes it possible for them to travel abroad for a summer. During their trip, the scholars participate in community service projects and learn about local life through homestays. They also document their experiences on blogs, in videos and photos, and via podcasts, with the goal of encouraging other young people to travel.

The Wandering Scholar is currently competing for a $50,000 USD grant from Pepsi’s Refresh Project, and Tamara has asked Matador readers to support the organization in its bid to win the grant. $50,000 would help pay for students’ passport fees and visas, their flights and accommodations, and their travel experiences abroad.

Are you doing something incredible with your life? Tell us about it. Email me at julie[at]matadornetwork[dot]com.