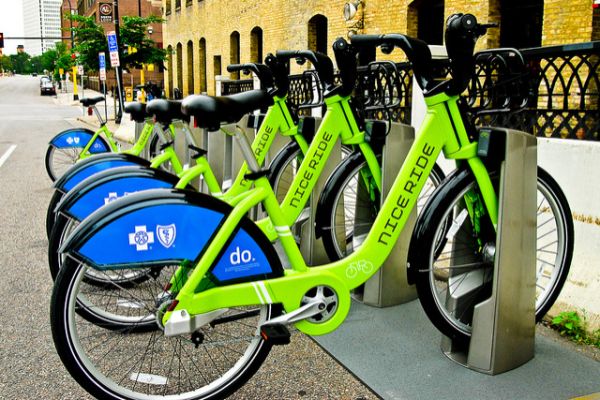 Like a car-sharing program, people can sign up and pay a fee to become members, meaning that they would be able to check out a bike and ride it to any other station in the network. Members would unlock cars with either a prepaid membership card or a credit card, and then be charged based on how long the bike is checked out. There will be no charge for rides 30 minutes or less.

There is also going to be an option for visitors in the area to check out a bike for just a couple days.

Specific prices have not yet been set, but it is estimated that the price will be somewhere between a taxi fare and riding the metro.

Bike sharing programs are popping up all over the United States, with the latest one opening in Broward County, Florida (starting in beach cities like Hollywood and Fort Lauderdale) and in Miami Beach, where it is possible to ride a bike pretty much year round.

What did you think of this article?
Meh
Good
Awesome
Bookmark
Posted In
Travel
Destinations
San Francisco, CA, United States